News
Business
Movies
Sports
Cricket
Get Ahead
Money Tips
Shopping
Sign in  |  Create a Rediffmail account
Rediff.com  » News » 'A short and limited war would be a disaster'

'Open conflict would be a disaster for both China and India.' 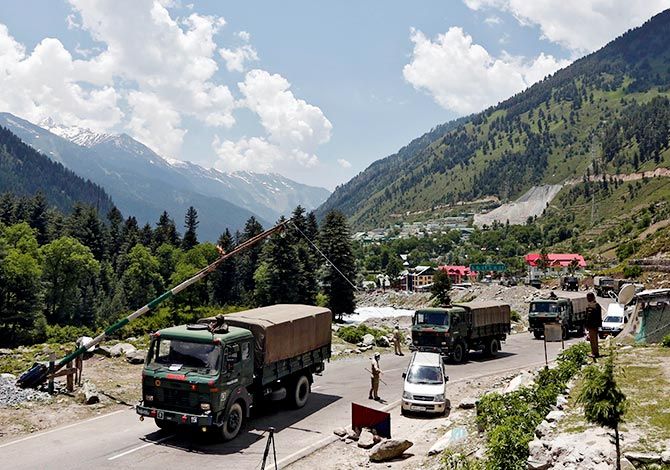 "The border dispute will continue indefinitely with occasional flareups. India's best bet is to work with China and try to negotiate a way back to the previous status quo," Dr Christopher K Colley -- a non-resident China Fellow at the Wilson Center in Washington, DC who researches China, India, US relations -- explains to Rediff.com's Nikhil Lakshman.

Depsang 2013. Chumar 2014. Doklam 2017. Ladakh 2020. In your opinion, what message is China sending India by these frequent military provocations?
What precise Indian actions have angered the Chinese Communist party/PLA leadership?
When was the decisive period when the situation spun out of India's control?

It is very difficult to know precisely what message Beijing is trying to send to New Delhi.

However, China does have a reliable track record of responding to what it perceives as actions that threaten the status quo.

In other words, projects such as road building activities in disputed areas, or close to disputed areas that have the potential to decrease Chinese security are frequently correlated with more aggressive (China would argue defensive) behaviour by Beijing.

Without better information it is very difficult to know precisely when the situation spun out of India's control.

It most likely occurred on the night of the 15th of June, but unless more details are released there is no way to know.

The message Beijing appears to be sending is one of cease your road/infrastructure building activities that are close to contested territory.

What is your opinion on India's building of infrastructure in the area, enabling the swifter movement of troops, activation of long unused airfields in the region: Would you say it is a factor in the current situation?

As mentioned above, this seems to be the best explanation for the recent hostilities as this increases India's military capacity in the region (infrastructure projects), while decreasing China's security situation.

In your understanding of the Chinese and PLA, did the Doklam setback -- where the Indian Army rushed to Bhutan's assistance and stood its ground -- resulting in a setback of sorts for the PLA provoke General Zhao Zhongqi and his deputies in the South Xinjiang Military District to strike back in an area of their advantage.
The Galwan Valley and the Pangong Tse lake all presenting attractive targets since Indian troops were not deployed there for some weeks due to the pandemic?

I have no information to address this question, but the timing is off.

Doklam was three years ago.

I think this is unlikely and the time periods are too far apart to establish a tit-for-tat. 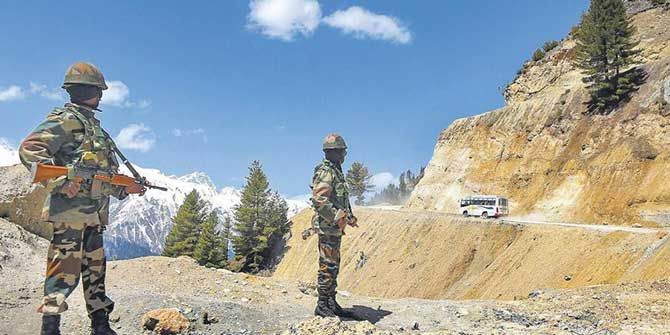 What are India's options if the Chinese refuse to return to their previous positions?
Will Prime Minister Modi be forced to go to war to preserve his domestic image -- muscular protector of national interest?
Or is war out of the question given the economics involved for New Delhi?
How can war be averted if the PLA is intent on conflict?

Open conflict would be a disaster for both China and India.

With the current state of the pandemic and the global economy this would have terrible social, political, and economic repercussions for the world economy.

India's best bet is to work with China and try to negotiate a way back to the previous status quo.

Contrary to popular belief in both China and outside of China, Beijing has a commendable record of compromising in territorial disputes.

It has offered to compromise in 17 of 23 disputes, including a potential 'territorial swap' with India.

However, it is important to note that these compromises were negotiated in past decades when China was much weaker. Have the events of June 15/16 set back India-Chinese relations back a generation, given the fact that post-1962 clashes -- in 1967 and 1975 -- occurred when there were no real diplomatic ties, no CBMs in place?
Would Xi's China be satisfied with that outcome since it puts into place what Beijing sees as an upstart challenger to its hegemony in Asia?

The events have certainly set relations back, but we will not know the extent of this for some time.

From an economic perspective, China is a very important partner for India.

Depending on how it is measured China is India's number one trade partner.

However, the events of mid June will likely strengthen the hand of hawks in New Delhi who will take a harder line on China, especially on the security front.

Is there a Pakistan angle in the current confrontation in Ladakh, to keep India wrong footed with tensions on both the Line of Control as well as the Line of Actual Control, not to mention India's current problems with Nepal?
What does Beijing gain by keeping Delhi on edge?
Is it to shackle Modi's ambitions for India and Indian influence which clash with Beijing's own ambitions in South Asia, South East Asia, even parts of Africa?
Does Xi's China see Modi's India as the leader of an anti-China grouping of nations in Asia?

It is difficult to say what role Pakistan plays in the current situation. 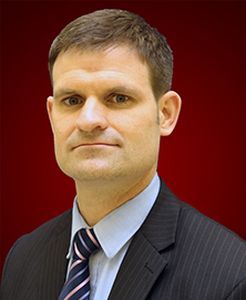 At best it is likely a secondary issue, and it may be largely irrelevant to the immediate situation.

It is important to remember that by far China's most pressing security concerns outside the mainland are in East Asia and in the Pacific.

In terms of the current situation, Beijing does not gain much, as this will likely lead to greater cooperation between India and the US.

This will be the case regardless of who wins the November election in America. 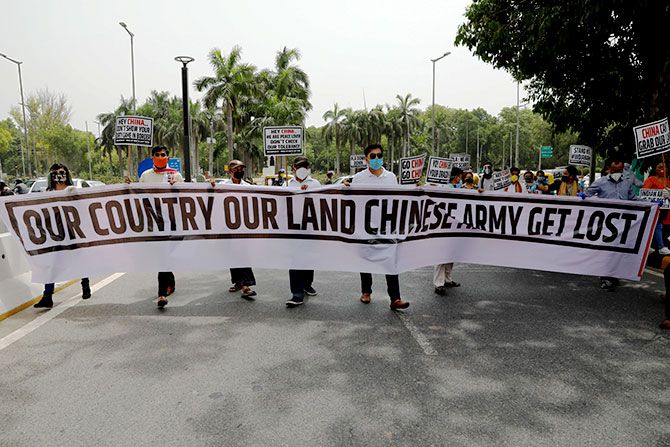 Since it is unlikely that the vexed India-China border dispute will be resolved in our time -- and perhaps even in our children's time, given Beijing's disinclination to discuss specifics and keep the discussions nebulous -- will India be compelled to monitor the LAC as vigilantly as it does the LoC?
What does Beijing gain by keeping the border issue unresolved, and on the boil?

I agree that the border issue will not be solved for a very long time.

Challenges to this are present in both capitals.

Nehru famously refused a 'swap' by stating that if he agreed 'I shall no longer be prime minister of India, I shall not do it.'

It would be extremely difficult for Prime Minister Modi to be able to find an acceptable solution to the dispute that would be perceived by the Indian public as 'giving away' 38,000 square kilometres to China.

On the Chinese side, Chinese officials have painted themselves into a corner by stating that China has never and will never give up a square inch of Chinese territory.

Previous border settlements, where in the majority of cases China gave up more than 50 percent of the claimed territory, were withheld from the Chinese public.

It is nearly impossible to find Chinese citizens who are aware of these compromises.

Chinese leaders would have a very hard time explaining to the Chinese public that they 'gave away' 90,000 square kilometers of Arunachal Pradesh, or South Tibet.

If, When and How will the current standoff in Ladakh be resolved?
Will it involve much give and take for the Chinese to retreat?

A week on, it appears that leaders on both sides are trying to reduce tensions.

This is a very positive development.

A short and limited war between the two would be a disaster and would likely not resolve anything.

The border dispute will continue indefinitely with occasional flareups.

Perhaps the most important development to emerge from the latest confrontation is the likelihood of closer ties between India and the US.

This is not in China's strategic interest.

Could Beijing be irritated by New Delhi's closer ties to Washington in the Modi-Trump years?
Did the Modi-Trump events in Houston last September and Ahmedabad in February needle Beijing?
Or are we reading too much into this?
Maybe Beijing does not give a damn about Delhi's perceived proximity to DC?

Beijing is increasingly concerned with improving ties between New Delhi and Washington.

Beijing has been watching this for the past two decades since the last year of the Clinton administration.

Chinese security experts are not as concerned with India on its own, but when combined with the US it catches their attention.

Beijing would like to avoid a situation where it faces a potential challenge from Washington in both the Pacific and South Asia.

The most recent meetings between Modi and Trump were not significant enough to cause the current situation.

However, they do contribute to the increasing unease about Washington and New Delhi's working relationship. 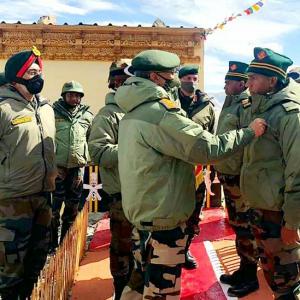