'Google and Facebook need to be tamed, their garb of 'Investing in India's future' need to be pulled off,' observes Vibhu Arya. 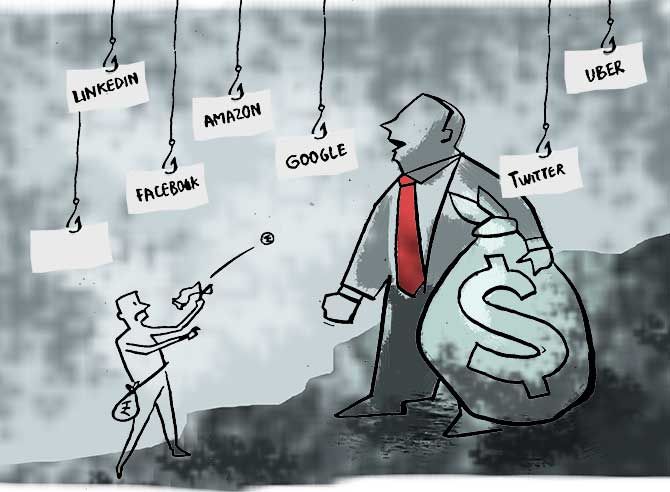 2007: The Digital 'Battle of Plassey' (external link) which Google Won.

This is Guruji.com! (external link) India's search engine started by 2 engineers in 2006. 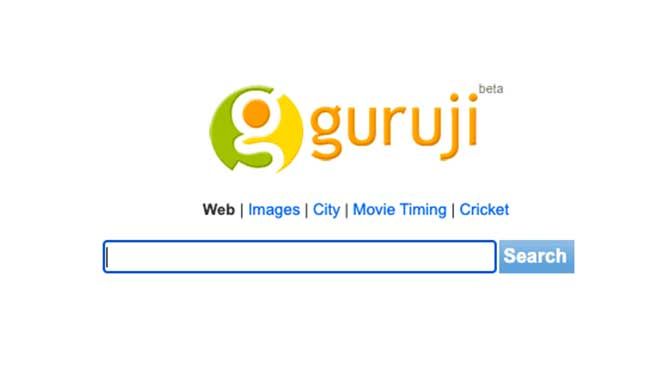 Those days, risk capital was scarce, India's venture capital partnerships were itself 'starting-up'. The Prophecies of Marc and Mark!

During the ensuing commotion of the global financial crisis and resultant parched venture capital funding, Google-Facebook firmly planted their pirate flags atop their 'search and social' empires in India and other emerging markets.

In 2016, coinciding with a decade of Facebook in India, this is what Marc Andressen, board member, Facebook (external link) said:

'Anti-colonialism has been economically catastrophic for the Indian people, Why stop now.' -- Marc Andressen 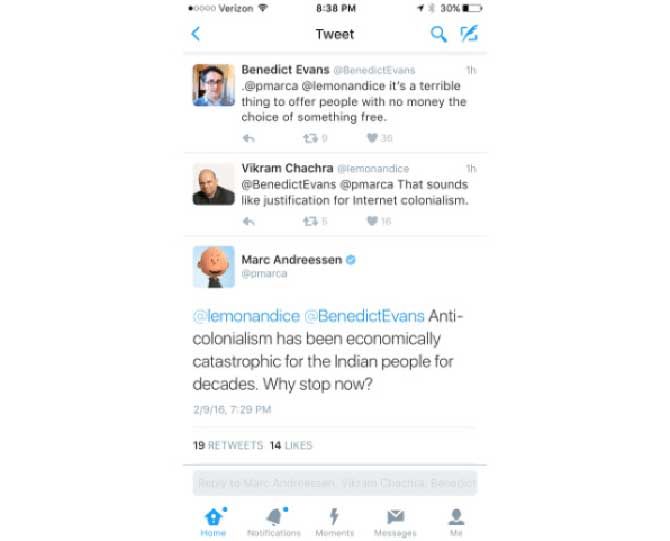 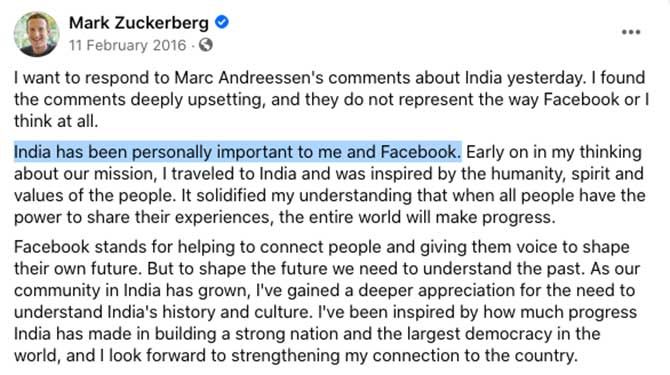 Relax, take a few minutes to think what then and continuing Facebook's board member Marc Andressen's freudian slip-of-the-tongue means for India.

The present, here is what digital colonialism looks like"

Actually, Marc Andressen and Mark Zukerberg, both forecasted correctly since India is very important, they and their ilk, have digitally colonised India.

Indians use these everyday, monopoly digital products because they have to (monopoly effect, zero consumer choice) and not necessarily, because they want to (competition is 'always' better for consumers, more choice and resultant value). These companies are the new age opium houses, deploying armies of product and design managers to embed dark manipulative psychological designs (colours, fonts, dark patterns) in their products to maximize usage, both in frequency and recency.
This leads to a higher return-on-ad-spend for advertisers and resultant more ads, ultimately more profits fot platforms which drive up their market capitalisations.
The profits get ploughed in their digital Internet colonies in emerging markets.

If the features don't work, the promotional cash backs will.

Google has burnt truckloads of cash, investing in its India future, in-its-Payments future via GooglePay, now commands an outrageous 50%+ market-share of UPI (external link), and WhatsAppPay desperately waiting for a regulatory green light to join the UPI race.

Facebook has now rolled out Reels, the TikTok feature clone on Instagram to fill the vacuum left by a banned TikTok. 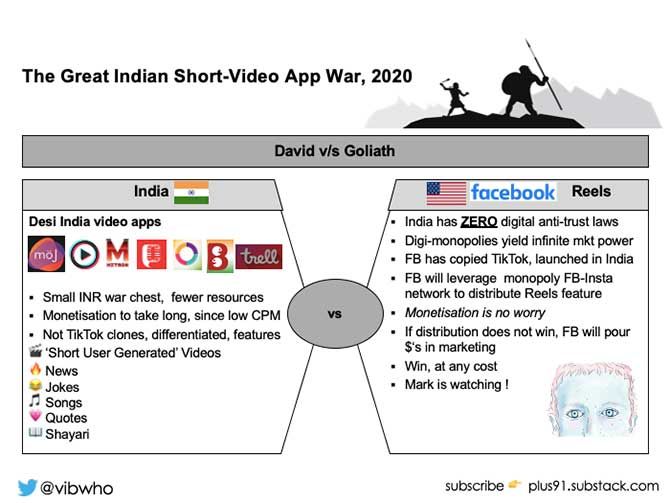 Let Chingari, Mitron and others not meet Guruji.com's fate.

When Reels was announced, it shares jumped on the NASDAQ. Apple will soon hit a $2 trillion market cap. Not a cent of value will be created in India.

The below retweet innocently confirms how India inadvertently gets swooned by foreign tech giants.

Guruji did not have adequate resources or an 'enabling ecosystem of laws, for instance, 'application of anti-trust law regulation to digital monopolies' which could have ensured a level playing field' to fight with Google.

Google and Facebook are not invincible. Google is a search company, it cannot do social media, video calling or instant messaging.
Likeways, Facebook is yet to prove its mettle beyond their core competence of social media.
However both yield enormous distribution, possess financial and engineering resources aiding them to build products adjacent to their core competency, which they artfully copy, quickly build and relentlessly scale.
They need to be tamed, their garb of 'Investing in India's future' need to be pulled off.

Likewise, we have category leaders like Swiggy, Zomato, Paytm, Ola, OYO, Dream11, and, my personal favourite, the insanely efficient, orgasmic product experience of Cleartrip. I am a Cleartripper. If India could design and secure it's digital tomorrow - how we would do it?

Here is a 5-point actionable plan for MEITY (external link).

Foreign Internet technology companies violating any of the laws, whether data localisation or local economic value capture, must be penalised in a sequence:

Thankfully, India has decisive political leadership, which, once it understands the implications and extent of the digital colonisation, can immediately secure India's digital future.