News
Business
Movies
Sports
Cricket
Get Ahead
Money Tips
Shopping
Sign in  |  Create a Rediffmail account
Rediff.com  » Movies » What are Bigg Boss winners up to?

What are Bigg Boss winners up to?

Ever since Bigg Boss began in 2006, it has arguably become the most popular reality show in India.

It's had 14 seasons so far, each one enjoying various degrees of success.

The success has also rubbed off on its contestants through the years.

But just how has life turned out for the winners?

The very first season of Bigg Boss aired in 2006 and Aashiqui star Rahul Roy was declared the winner.

His shy yet friendly demeanour worked in his favour and Rahul ended up lifting the BB trophy despite tough competition from Rakhi Sawant, Ravi Kishan and a few others.

After winning the show, Rahul got back to acting and did quite a few films, but none of them worked at the box office.

The actor, who suffered a stroke last year, was last seen in Richa Chadda starrer Cabaret.

His desi avatar and quirks struck a chord with the audience and he ended up winning the show.

Later, Ashutosh did try his hand at acting, but wasn't successful.

Currently, he has a YouTube channel and enjoys a decent following. 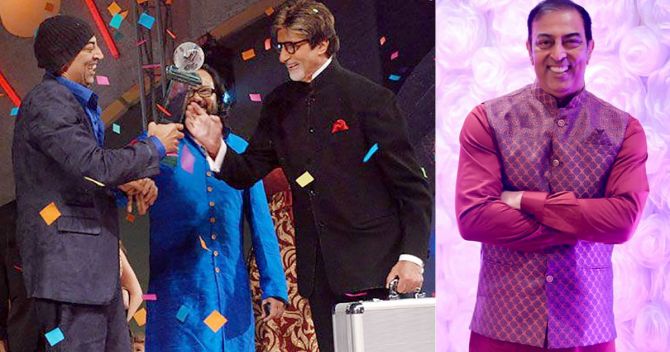 Vindu Dara Singh, who won Season 3, made an appearance in the latest season.

In Bigg Boss 14, Vindu arrived as Rakhi Sawant's Connection and stayed in the house for a week.

After winning Bigg Boss in 2009, Vindu continued working in films and was last seen in the 2013 Punjabi movie, Jatt James Bond.

In 2019, Vindu participated in the dance reality show Nach Baliya 9 along with his model wife Dina Umarova, but the duo didn't win. Television actress Shweta Tiwari won the Season 4 of Bigg Boss and became the first female winner of the show.

Before entering Bigg Boss, Shweta was a popular actress and continues to be one.

In 2019, Shweta made a comeback on the small screen with Sony TV's show Mere Dad Ki Dulhan.

She made her debut in the Web space with ALTBalaji's show Hum, Tum Aur Them alongside Akshay Oberoi.

After television actress Juhi Parmar won Bigg Boss 5, she took a break from acting as she was blessed with a baby girl the following year.

In 2016, Juhi made a comeback on the small screen with the mythological show, Karmaphal Daata Shani. 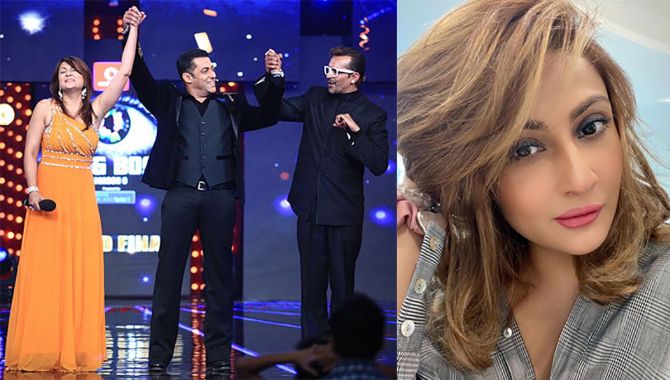 She went on to do more shows, including Chandrakanta: Ek Mayavi Prem Gaatha.

In 2019, she participated in the dance reality show Nach Baliye 9 along with her ex-boyfriend Anuj Sachdeva.

While Urvashi is quite active on Instagram, the actress isn't doing any projects at the moment.

Bigg Boss 7 turned out to be quite explosive and controversial.

After winning the show, Gauahar participated in Khatron Ke Khiladi and starred in few films.

In 2019, Gauahar made her Web debut with The Office.

It's been a busy time for her lately.

After getting married to Zaid Darbar in December 2020, she was seen in Amazon Prime Video's Tandav. 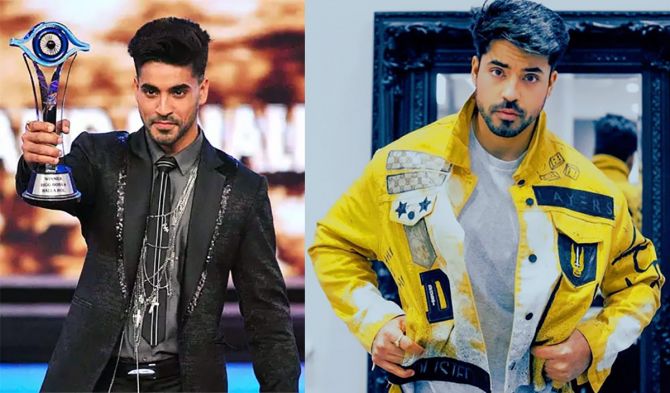 He went on to host the MTV show Big F and starred in films like Azhar and Behen Hogi Teri.

Gautam will be seen next in Salman Khan's Radhe.

He scored a hat-trick when he won Bigg Boss 9.

While Prince continues to be a part of MTV Roadies as a gang leader every year, he has also done quite a few TV shows and music videos.

Prince also won the dance reality show Nach Baliye 9 in 2019 along with his wife Yuvika Chaudhary, with whom he fell in love with on Bigg Boss.

Manveer became the first commoner to win Bigg Boss in 2017.

While he went on to participate in Khatron Ke Khiladi after winning Bigg Boss 10, Manveer hasn't been in the limelight since. 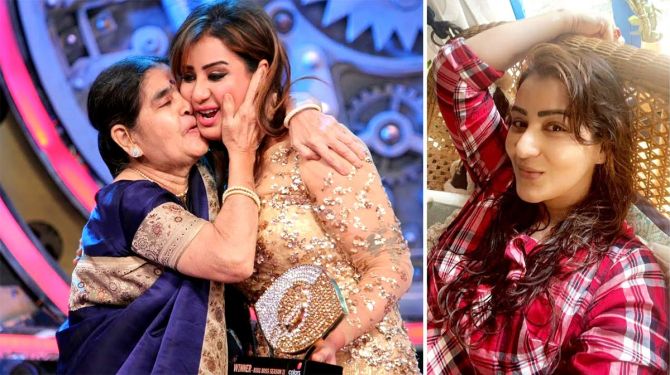 Shilpa Shinde was already a popular actress but she became a star overnight with her Bigg Boss win.

The same year, she did a show called Dhan Dhana Dhan for JioTV.

In February 2019, she joined the Congress party.

Currently, she is seen in ZEE5 web show, Paurashpur. 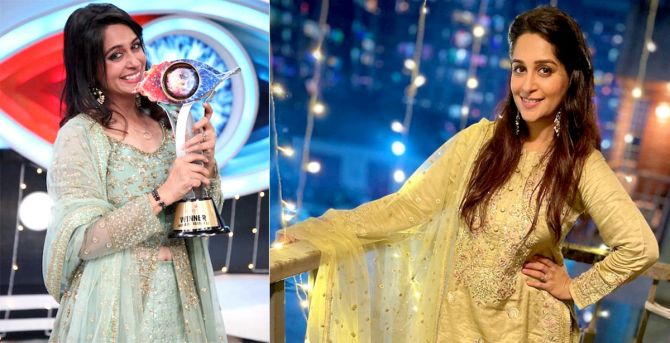 Even though many had their bets on cricketer Sreesanth, it was Dipika Kakar who won Bigg Boss 12.

The television actress took a break and then returned with the Star Plus show Kahaan Hum Kahaan Tum, which garnered good reviews.

The show wrapped up last year. Currently, Dipika is focusing on her YouTube channel which has 1.66 million followers.

Sidharth won season 13 of Bigg Boss, which was among the most followed seasons.

His friendship and then rivalry with fellow contestant Asim Riaz grabbed a lot of eyeballs.

He got tough competition from Rashami Desai, but ended up the winner.

After the show got over, the country went into a lockdown and Sid couldn't sign any projects.

He did star in two music videos and was also seen in the latest season of Bigg Boss along with Hina and Gauahar Khan.

We hear the actor is now getting ready to make his Web debut with Ekta Kapoor's show, Broken But Beautiful 3. 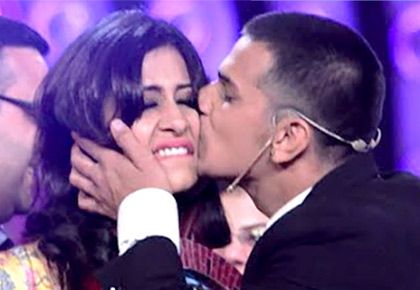 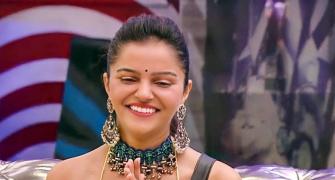 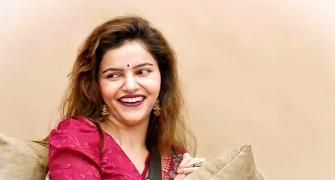 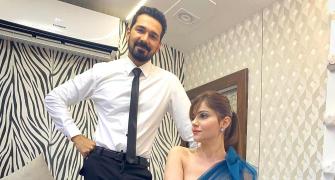 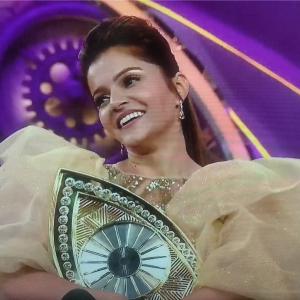 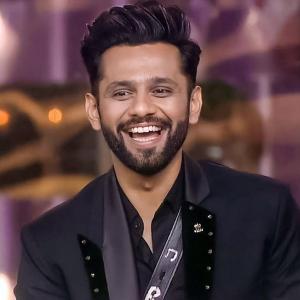