Swiss tennis maestro Roger Federer dropped out of the top-10 in the latest ATP rankings published on Monday.

This is for the very first time since January 2017 that the 20 times Grand Slam champion is out of the top-10 rankings in men's tennis. The 40-year-old is currently at the 11th spot with 3,285 points. Federer dropped 500 rankings points which saw him slipping two positions.

Notably, 103-time tour-level titlist most recently competed at Wimbledon. In August, Federer had announced on Instagram that he will miss "many months" after undergoing knee surgery.

The Swiss star underwent arthroscopic right knee surgeries in February 2020 and May 2020. Federer has played five tournaments since having those surgeries, all of which came this season.

Hubert Hurkacz became the second man from Poland to break into the Top 10 of the ATP Rankings when he reached a career-high World No. 10. The 24-year-old is the 174th player to join the elite group and the second this year, alongside Norwegian Casper Ruud.

Cameron Norrie became the highest-ranking British player after he jumped 11 spots to the number 15. The 26-year-old won his maiden ATP Masters 1000 on Sunday after capturing the BNP Paribas Open over Nikoloz Basilashvili in three sets at the Indian Wells Tennis Garden.

With the win in the Californian desert, Norrie also became the first British player to win a title of any kind at the BNP Paribas Open. Countrymen Andy Murray (2009), Tim Henman (2002, 2004) and Greg Rusedski (1998) all reached finals in the Southern California desert before him, but it took the 26-year-old to go the distance. Both Noorie and Basilashvili were vying for their first ATP Masters 1000 title. 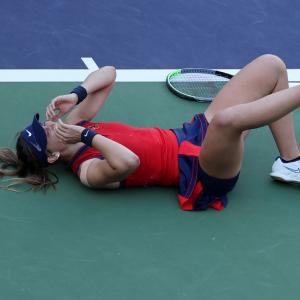