This January 26, India will host 10 ASEAN leaders as chief guests at the Republic Day celebrations.
Utkarsh Mishra introduces us to the nine men and one woman who will witness the pomp and pageantry that marks the 68th anniversary of the founding of the Republic. 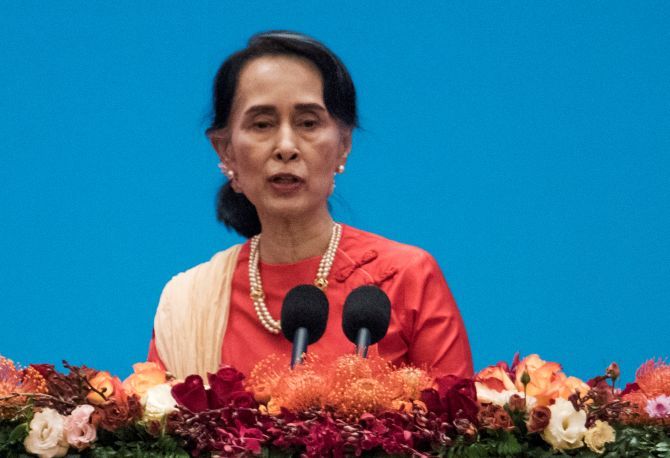 The Nobel Laureate has the title State Counsellor, but don't be fooled by the tepid nomenclature.

Though there is a head of State, Suu Kyi heads the government in Myanmar, ruling that nation in an uneasy alliance with its generals.

Though the Rohingya crisis has forever tarnished her reputation, the Government of India ceaselessly cultivates Suu Kyi and her rivals in the military for one reason alone.

New Delhi is wary of Yangon being lured to the dark side aka Beijing.

Suu Kyi studied at Delhi's Lady Shri Ram college and lived in India for some years after her father General Aung San was assassinated. 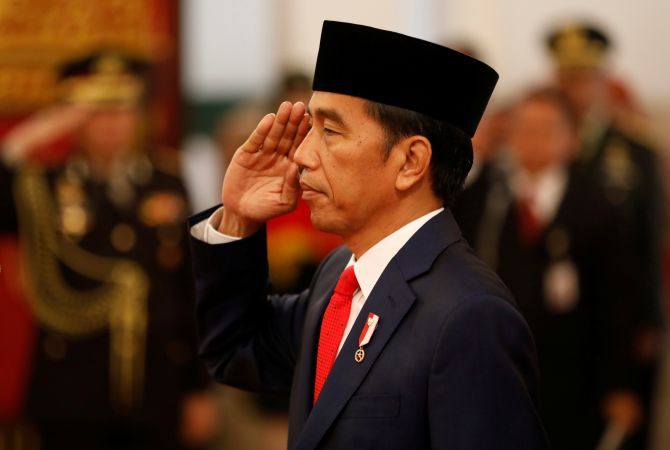 Jokowi, as he is known all over the Indonesian archipelago, is president of the world's most populous Muslim nation.

Jokowi -- the first Indonesian president without a high-ranking political or military background -- defeated Prabowo Subianto, a retired general, to be elected head of State in 2014.

Born and raised in a slum in Surakarta, Central Java province, Jokowi began his career as a carpenter, then rose to become an exporter of furniture.

After he entered politics just 13 years ago -- in 2005 -- his popularity saw him serve two terms as mayor of his hometown before he was elected governor of Jakarta in 2012.

Both India and Indonesia have ancient civilisational links -- as is evident from the reverence accorded to the Ramayana in that country -- and also share contemporary concerns over China's growing dominance in the South China Sea region. 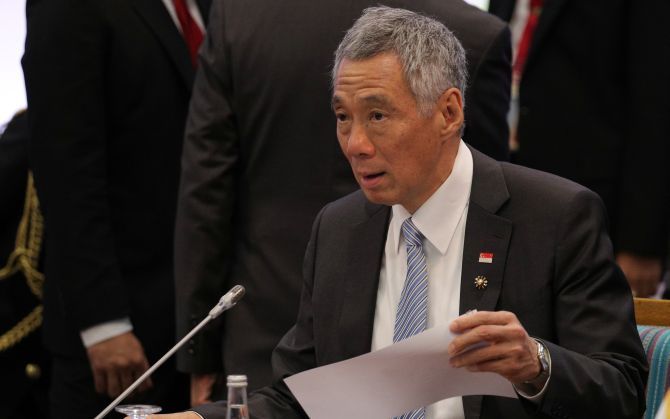 Before joining politics, the younger Lee served in Singapore's armed forces and was promoted as its youngest brigadier general just 12 years after he became a soldier.

He left the military a year later -- in 1984 -- to join politics. Twenty years later, he was elected prime minister for the first time.

Re-elected PM thrice -- in 2006, 2011 and 2015 -- the cerebral Lee has recently been embroiled in a very ugly and public spat with his younger brother and sister over his father's property. 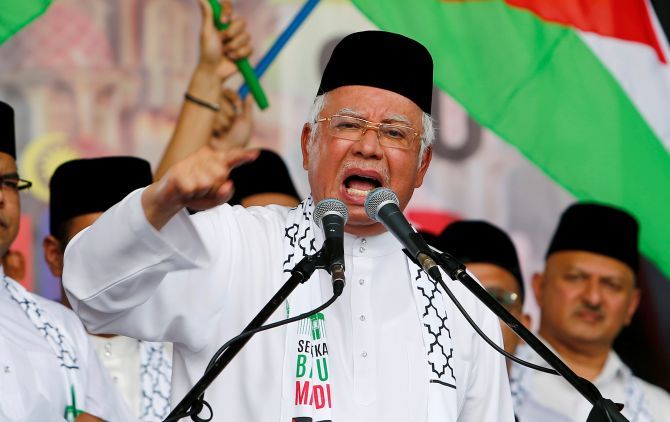 In recent years, his government has been accused of corruption and just this month Dr Mahathir Mohamad -- Malaysia's longest-serving prime minister (1981 to 2003) -- declared that he would challenge Najib as the Opposition's candidate in the next general election.

Najib, by the way, was one of Dr Mahathir's proteges before they had a falling out over the current prime minister's financial deals.

If Dr Mahathir wins the election he will be the oldest elected leader on the planet. Dr M will turn 93 in July. 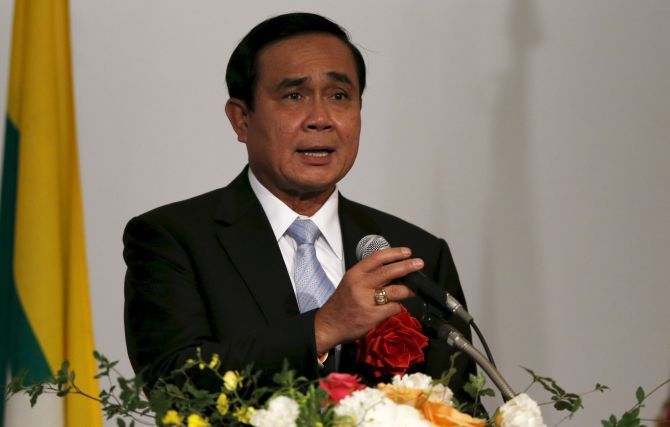 A royalist hardliner, the general cleverly used the protests against the then Yingluck Shinawatra government to establish military rule, and dubbed it the National Council for Peace and Order.

As NCPO boss, he issued an interim constitution, granted himself sweeping powers and got the military-dominated national legislature to elect him as PM.

Last week, Prayut -- whose government has muzzled dissent -- disdainfully placed a life-size cutout of his photograph in front of the media and asked journalists to put their questions to it. 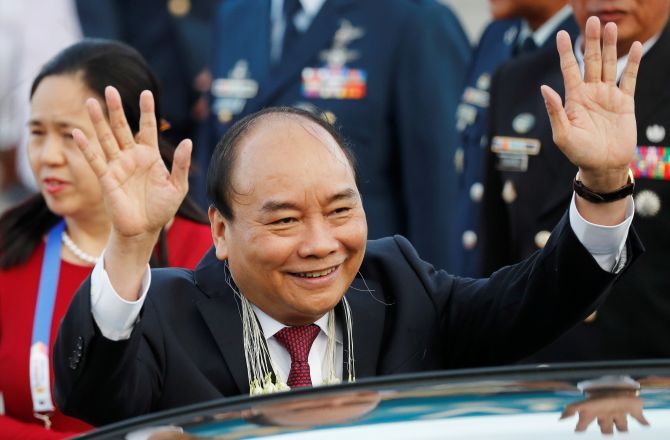 Phúc, Vietnamese prime minister since April 2016, will be making his first visit to India as PM.

Vietnam is arguably India's closest friend in the ASEAN bloc and New Delhi's relations with Hanoi has been historically robust.

Hanoi is a rare Asian city which does not have a boulevard named after Mohandas Gandhi, but instead has one named after Indira Gandhi. 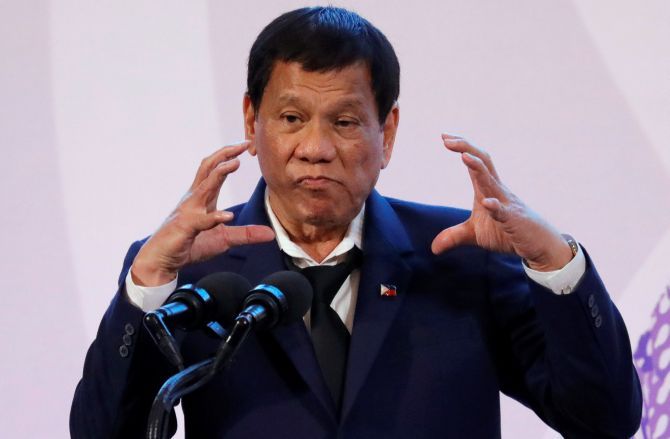 The MEA's protocol division will be on edge when the mercurial Filipino leader is around.

Duterte's murderous campaign against drug traffickers have angered the West, but there is little they can do to rein in a president who fires abuse with his mouth the same way he apparently fired bullets at criminals when he was mayor of Davos City.

In the most Catholic country in Asia, he has called the Catholic Church 'the most hypocritical institution' in the world and, worse, also abused Pope Francis.

Last year, Duterte was confronted by the biggest challenge to his rule when the Islamic State-affiliated Maute group over-ran Marawi in the southern Philippines.

The battle of Marawi only ended after an aggressive campaign where Filipino soldiers were boosted by American military technology and wisdom. 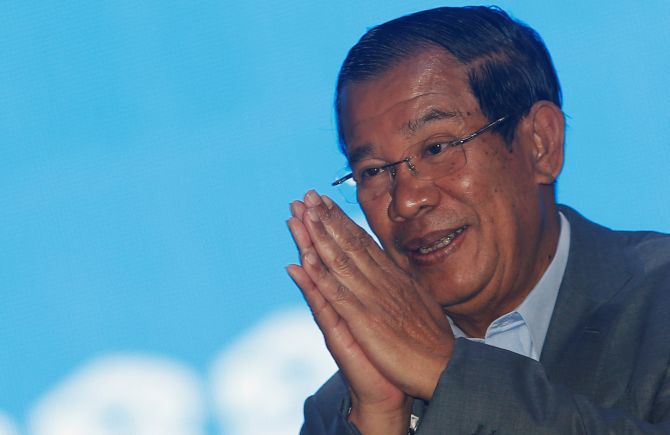 Hun Sen has been Cambodia's prime minister since 1985.

The longest-serving Cambodian PM, one of the longest serving leaders anywhere, he has become more and more dictatorial as the years go by.

Cambodia has always been in China's camp and Hun Sen's presence at the Republic Day festivities and thereafter on a State visit will be carefully monitored in Beijing. 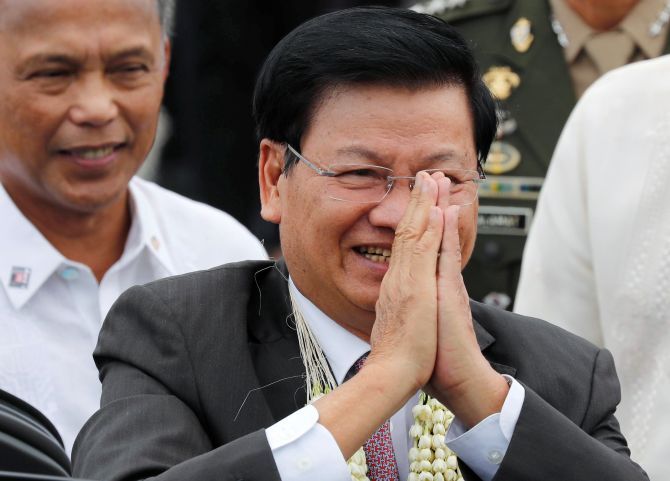 Few Indians can pinpoint Laos on a map, but this Far Eastern Asian nation has become an important element of India's Act East policy, receiving substanial Indian assistance for its infrastructure and development projects.

Sisoulith, Laotian prime minister since 2016, first met Modi at the ASEAN and East Asia summits in Vientiane in September that year. 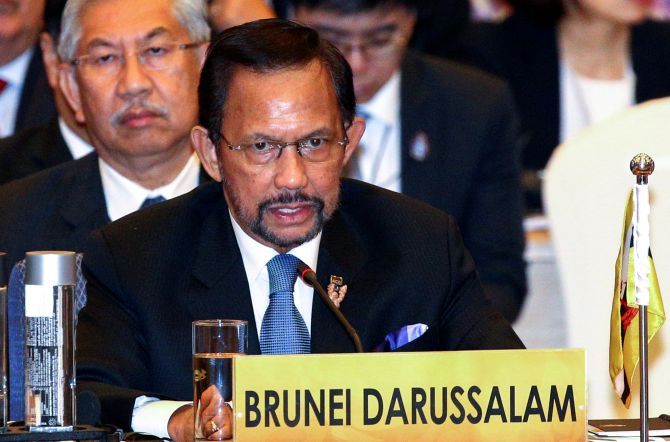 Though his fortunes have ebbed since its opulent heyday in the 1980s and 1990s, the sultan of Brunei is still the wealthiest monarch in the world.

Last October, His Majesty celebrated 50 years on the throne. Brunei and Thailand remain the only monarchies in the region.

Brunei's major export to India is oil, and New Delhi has worked assiduously to woo the tiny sultanate over the years.

Brunei, which has encouraged India's involvement with the ASEAN formation, also backs India's bid for a permanent membership of the United Nations Security Council.

Here's a sneak peek at this year's Republic Day parade