'The question now is how long the exercise in perfection he created will last once his influence isn't there any longer. I remember an occasion late at night when our taxi took the wrong exit from the motorway. The driver braked and reversed somewhat nervously, this being against the law, muttering, "It's ok lah, Lee Kuan Yew sleeping now!"'

'What will drivers do now that the sleep is forever?' asks Sunanda K Datta-Ray, author of Looking East to Look West: Lee Kuan Yew's Mission India. 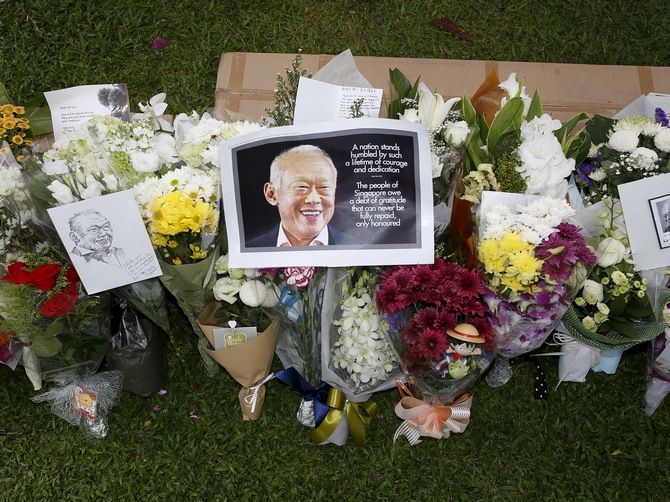 The day after Lee Kuan Yew's death, Al Jazeera television in London asked me why a tiny place like Singapore should be of any consequence.

My answer was simple. Singapore is Asia's future. It represents a level of excellence that even huge countries like India and China envy. And that is largely because of Lee who transformed what a British politician called a 'pestilential and immoral cesspool' into a glittering global city with the world's highest per capita income as well as the highest percentage of home ownership.

Lee often ascribed his success to his immigrant background. He was a fourth-generation migrant, his Hakka great-grandfather having emigrated from the Dapu county of China's Guangdong province in 1862. As a child Lee was strongly influenced by British culture, due in part to his Anglophile grandfather who gave him the nickname 'Harry' whose public use Lee discouraged when he became active in politics.

Maurice Baker, an Anglo-Indian college friend, recalls a telling incident from the old Raffles College where he and Lee were fellow students during the Second World War. When the whole island was shaken by a thunderous explosion because the retreating British forces had blown up the Causeway to Malaya, Lee exclaimed 'That is the end of the British empire!' The British principal standing nearby pretended he hadn't heard.

Baker, whom Lee made Singapore's first high commissioner to India, also told me that Lee furiously took up the cudgels when he wasn't allowed to swim in a pool reserved for Europeans and Chinese.

Lee's Indian form master at Raffles, M N Campos, wrote prophetically, 'Harry Lee Kuan Yew is a determined worker for a place of distinction. He is likely to attain a high position in life.'

The qualities to which Campos, Baker and others paid tribute served Lee well in dealing with the British colonial administration, Chinese triads, Communist terrorists and his Barisan Socialis opponents at home, as well as with Tengku Abdul Rahman, the princely prime minister of Malaysia.

Lee himself maintained that none of this would have happened but for the war. 'I never planned to go into politics.' But the three-and-a-half years of Japanese occupation after Singapore fell on February 15, 1942, taught him 'more than any university could have done.'

He learnt 'unforgettable lessons on the meaning of power and the nature of people and nations.' There were indications even in the nineties that he had not forgotten his personal experience at Japanese hands during the war.

'I decided that we should govern ourselves and that's why we formed the PAP.'

There was a silver lining to those grim years, a lining that brightened his life ever afterwards. He began courting Kwa Geok Choo, his future wife and herself also a successful lawyer. 'That was the happiest time in my life,' Lee says. They were married on September 30, 1950 and it was one of the most enduring unions the world has known. Mrs Lee died in her sleep on October 2, 2010, leaving behind, apart from her husband, two sons (one of whom is Prime Minister Lee Hsien Loong) and a daughter.

It was perspicacity that impelled him to move from the London School of Economics, which he first joined, to Cambridge and enrol at Fitzwilliam College. The Double Starred First Class Honours he gained (Fitzwilliam College later made him an honorary fellow) remained a matter of pride throughout his life.

There is a story that when he left Cambridge, his tutor said, 'Well, Harry, when you get back to Singapore, I hope you'll keep the flag flying' and he shot back, 'When I get back, I will make it my duty to get the flag down!'

Laycock also provided Lee with his entree into Singapore politics by appointing him election agent (Lee had campaigned for a British Labour MP in England) in the 1951 legislative council elections. But Lee soon realised that Laycock's pro-British Progressive Party had no future, especially when the 1953 Rendel Constitution expanded the electoral rolls to include all local-born Chinese, thereby creating a huge working class, Chinese-speaking constituency.

Lee was able to tap into this constituency when the trade unions and students organisations engaged him as a legal adviser. His debut on behalf of the Postal and Telecommunications Uniformed Staff Union brought Lee into contact with the ethnic Sri Lankan Sinnathamby Rajaratnam, then an associate editor of the Singapore Standard and for many years Singapore's foreign minister.

Lee's success in persuading the government to promise negotiations without victimisation and the strikers to accept the offer established his reputation as someone whom workers trusted but who was also responsible enough not to alarm the establishment. That reputation was further confirmed by his mature handling of the Naval Base Labour Union strike in December 1952.

One case followed another. Lee gained instant fame and popularity by successfully defending a students journal, Fajar, against the charge of sedition. Then, high school riots brought him into contact with the Chinese-speaking masses that were to form the bedrock of the party that Lee had been discussing with Raja and other friends every Saturday afternoon. Their plans fructified and the People's Action Party was born on November 21, 1954.

No other party in the world -- save, perhaps, the Communists in China and the former Soviet Union -- has enjoyed such a long lease of power. The PAP's capture of 43 out of 51 seats in May 1959 enabled the 35-year-old Lee to drive his Mercedes up to government house to be sworn in as the island-State's first prime minister.

The new government's first big undertaking was to set up the Housing and Development Board which has made Singapore the international byword for clean and comfortable public housing. The next was to merge Singapore with an enlarged Malaysia. The union lasted five troubled years.

An emotionally overcome Lee announced the end on August 9, 1965. His first action after the announcement was to write to Lal Bahadur Shastri seeking Indian help in building up Singapore's own army. Lee never forgot that Shastri didn't reply.

Lee and Singapore turned elsewhere, to Israel for military training, to US multinationals for economic cooperation. It was what he always desired. But India was Lee's pass to the Afro-Asian world, and he clung to it as he gave full play to an economic and political pragmatism that was far removed from Fabian socialism.

Stressing the 'Chinese sense of tradition and authority,' Lord Rees-Mogg, former editor of The Times, London, thought 'the use he made of power reflect(ed) both the Chinese culture of his family and his predominantly English education.'

The question now is how long the exercise in perfection he created will last once his influence isn't there any longer.

I remember an occasion late at night when our taxi took the wrong exit from the motorway. The driver braked and reversed somewhat nervously, this being against the law, muttering, "It's ok lah, Lee Kuan Yew sleeping now!"

What will drivers do now that the sleep is forever?

Sunanda K Datta-Ray has worked as a journalist in Singapore and is the author of Looking East to Look West: Lee Kuan Yew's Mission India. 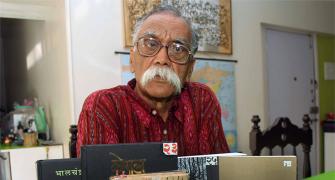 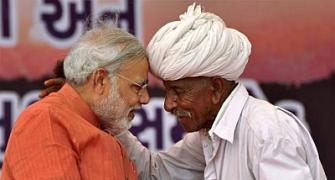