How Ukrainians Struggle To Survive

Please click on the images for glimpses of how the Russian invasion has impacted the lives of ordinary Ukrainians. 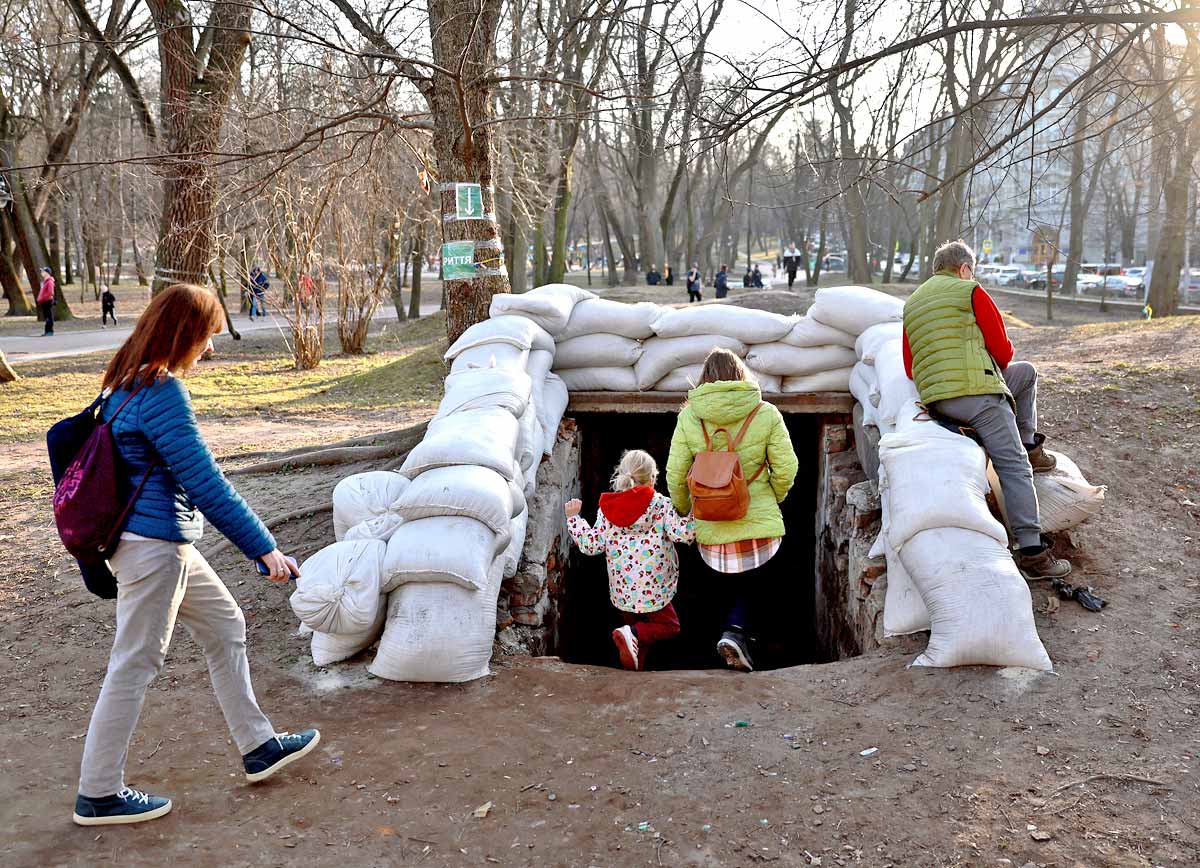 IMAGE: People walk down the sandbagged entrance to a bomb shelter after air raid sirens sounded in Lviv.
Lviv has served as a stopover and shelter for millions of Ukrainians fleeing the Russian invasion, either to the safety of nearby countries or the relative security of western Ukraine. Photograph: Joe Raedle/Getty Images 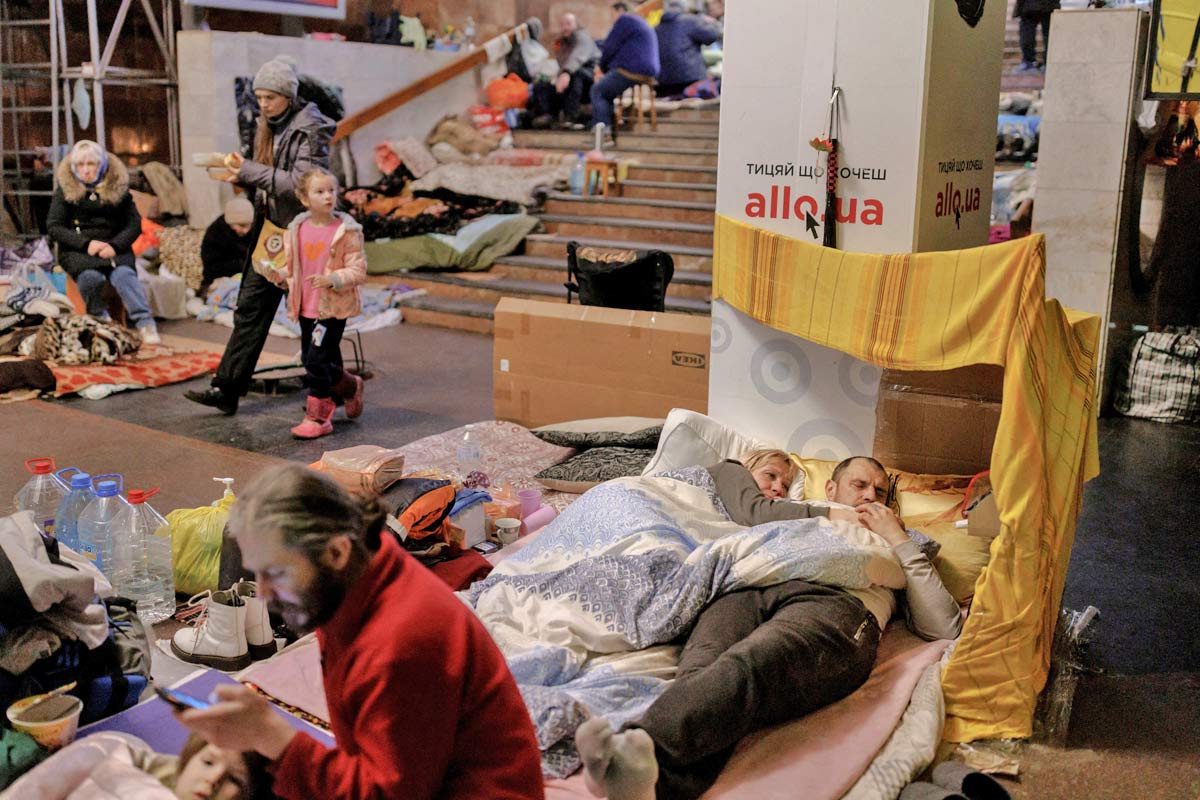 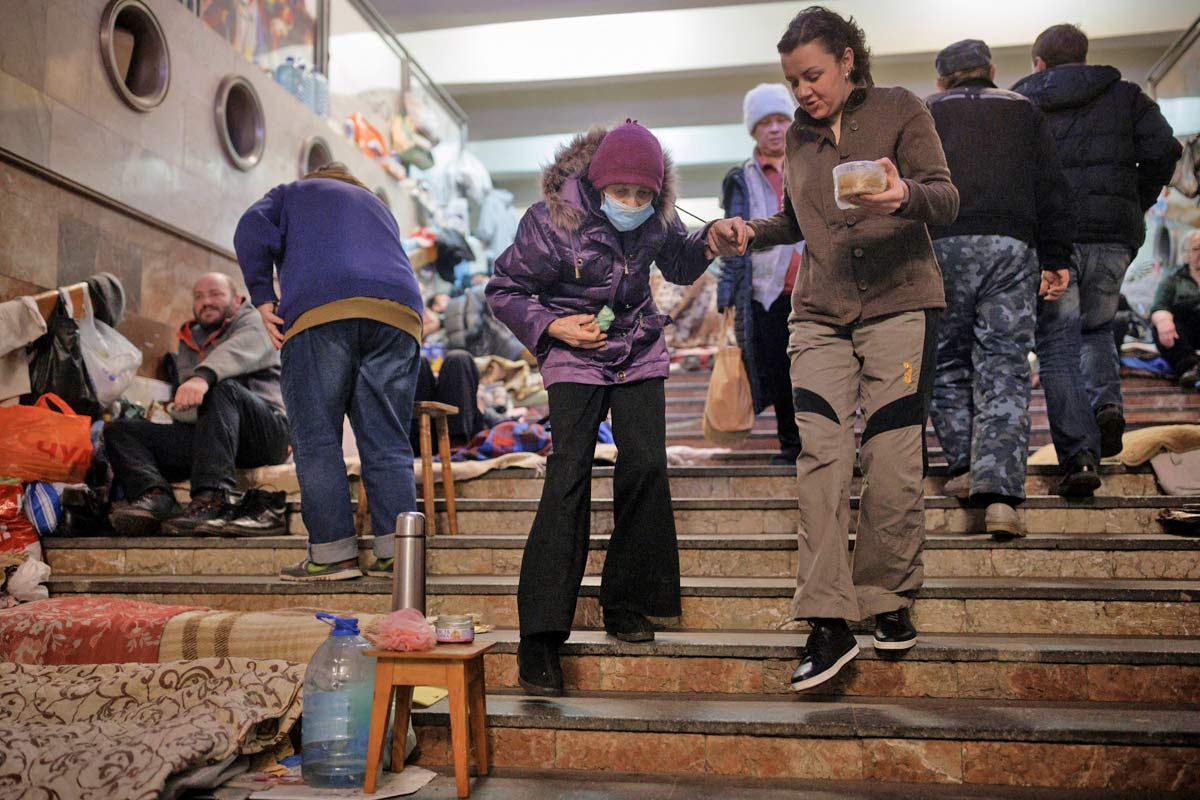 IMAGE: A woman helps an elderly person to walk down the stairs as they shelter in a metro station in Kharkiv. Photograph: Thomas Peter/Reuters 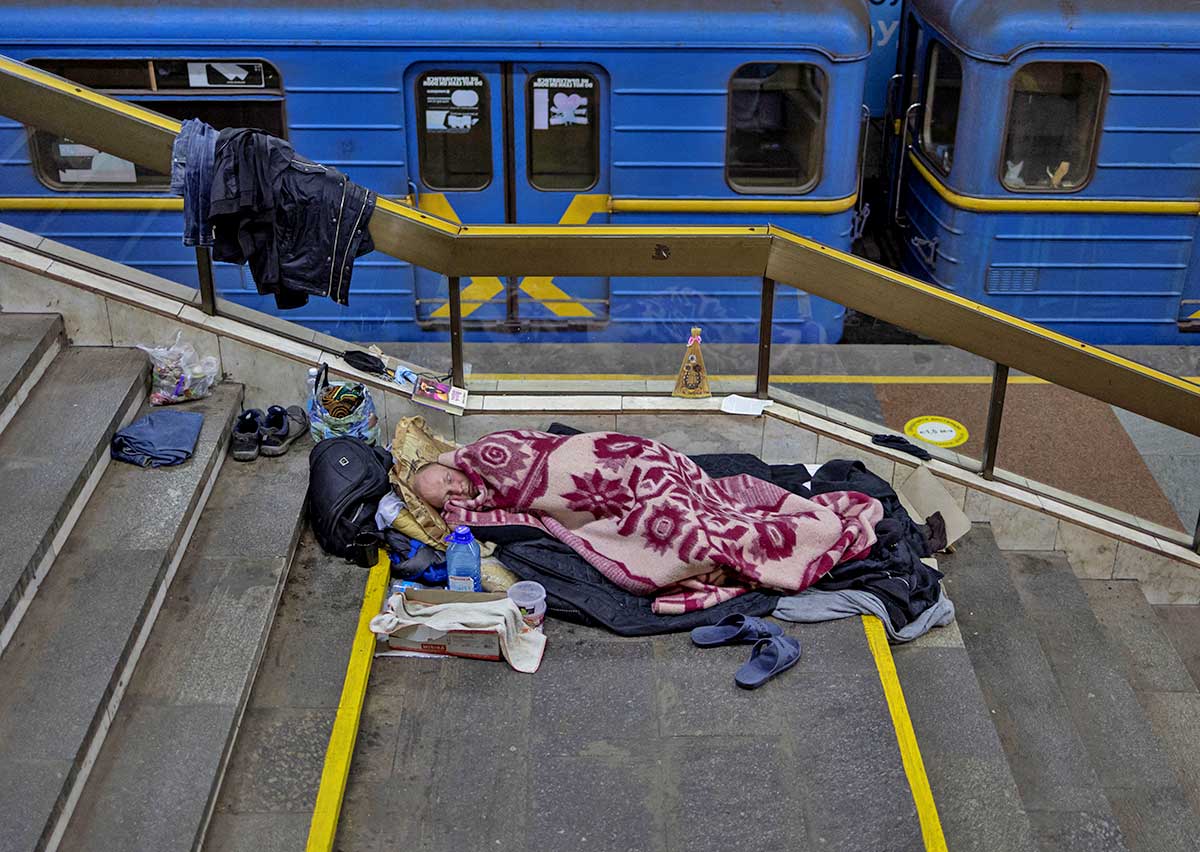 IMAGE: A man sleeps at a metro station that serves as a shelter from possible air raids. Photograph: Marko Djurica/Reuters 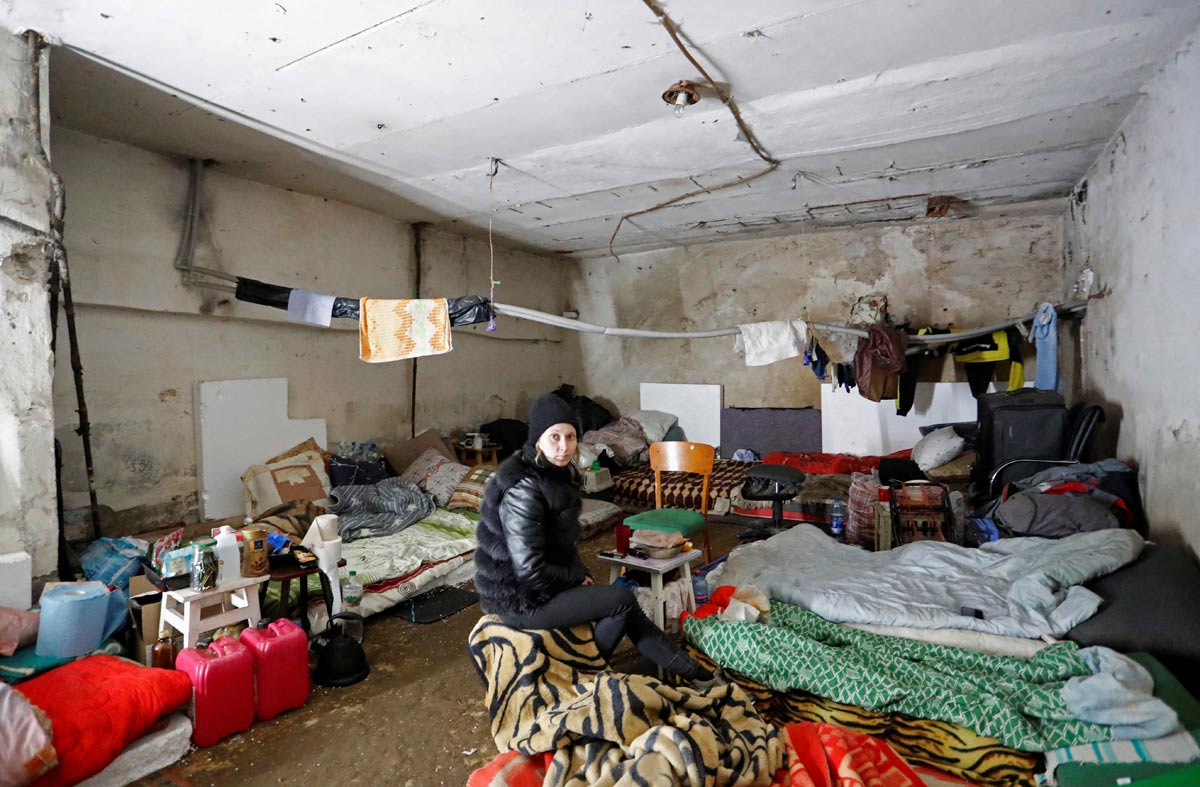 IMAGE: Local resident Marina, 33, who didn't give her full name, stays in the basement of an apartment building in besieged Mariupol. Photograph: Alexander Ermochenko/Reuters 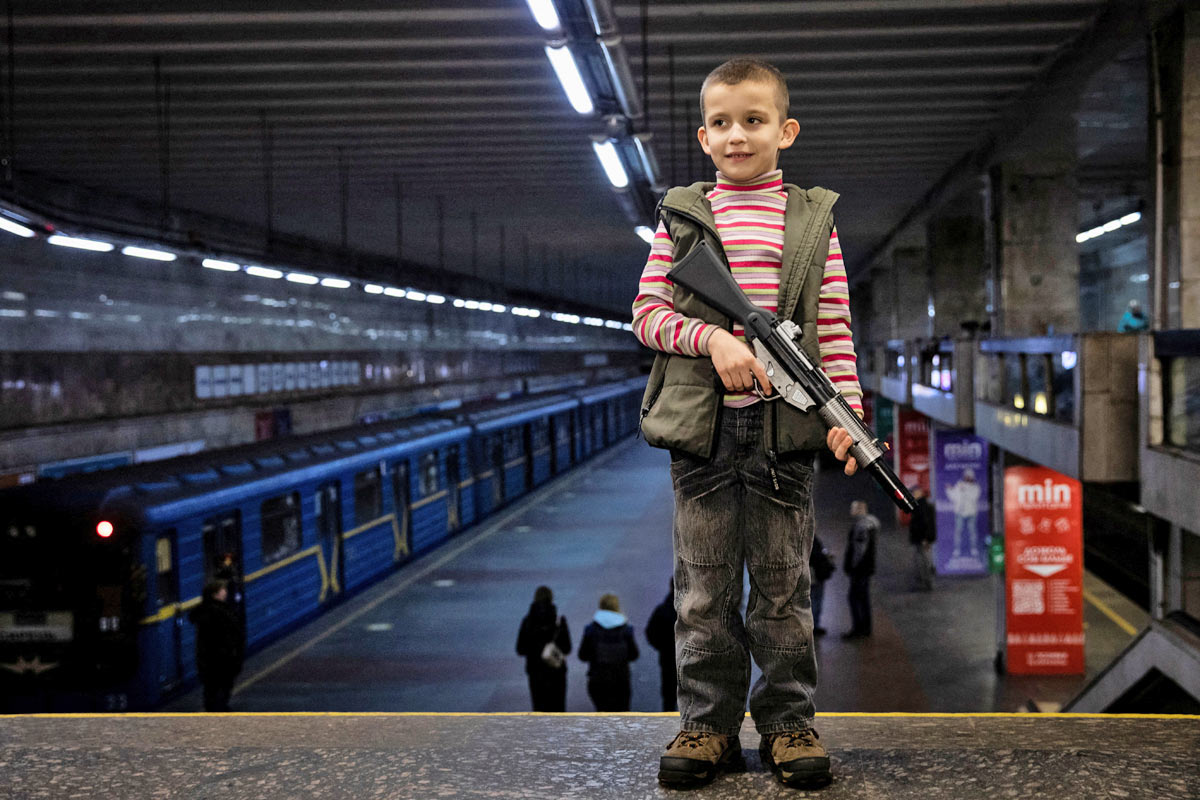 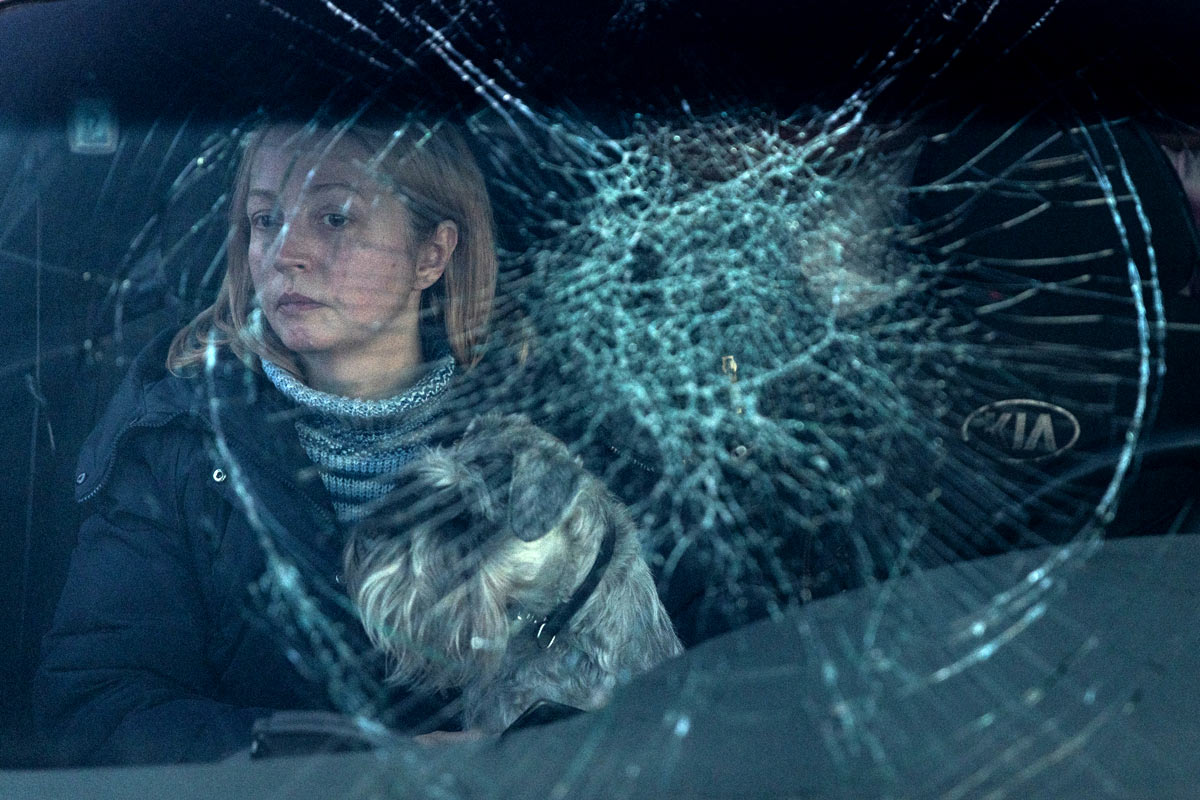 IMAGE: A woman and her dog are seen behind the smashed windscreen of her car after arriving at an evacuation point in a large convoy of cars and buses carrying hundreds of people evacuated from Mariupol and Melitopol.
Tens of thousands of people remain trapped in Mariupol. Photograph: Chris McGrath/Getty Images 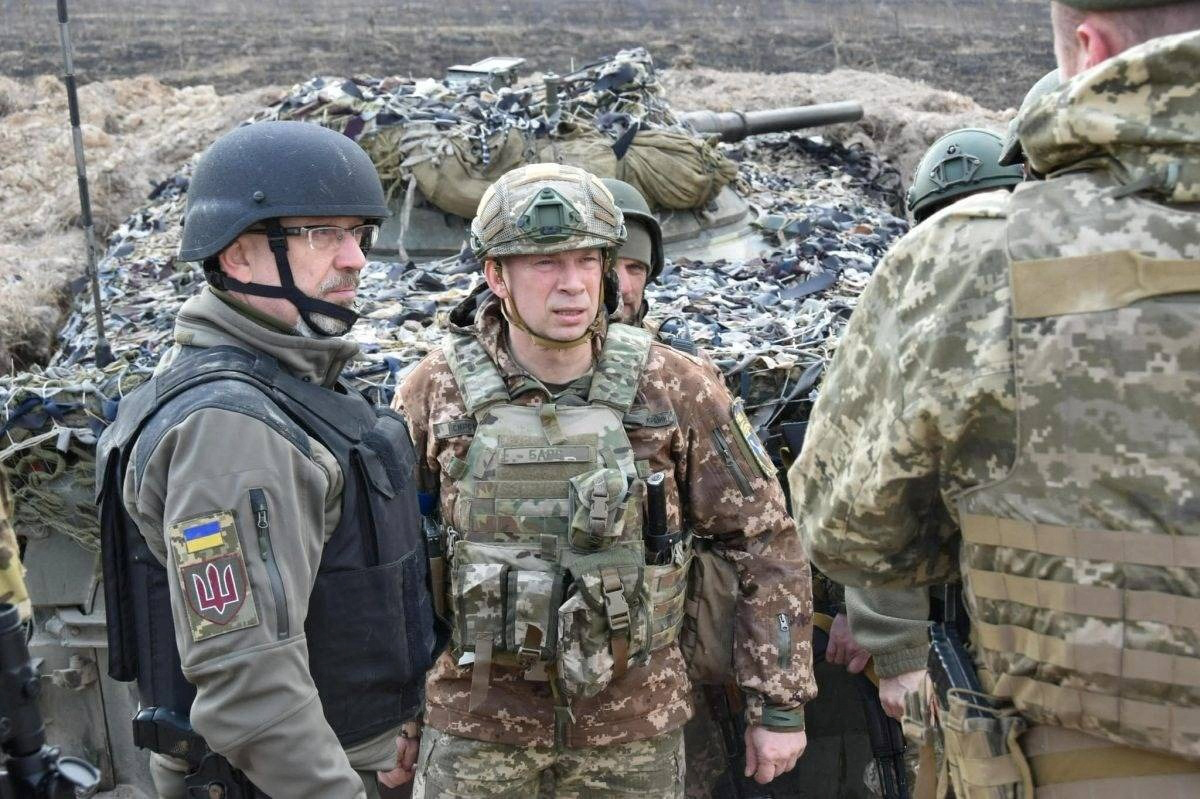 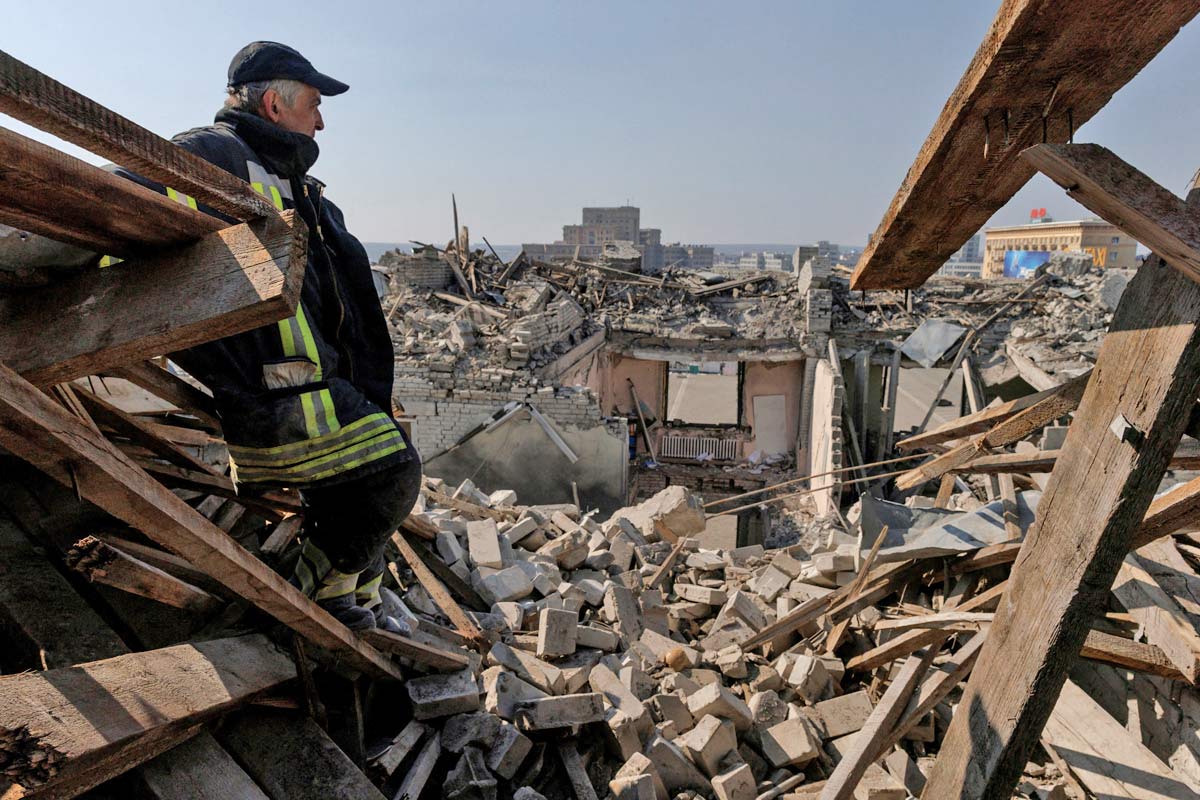 IMAGE: A rescue worker stands on the roof of the regional administration building in Kharkiv that was devastated in Russian shelling. Photograph: Thomas Peter/Reuters 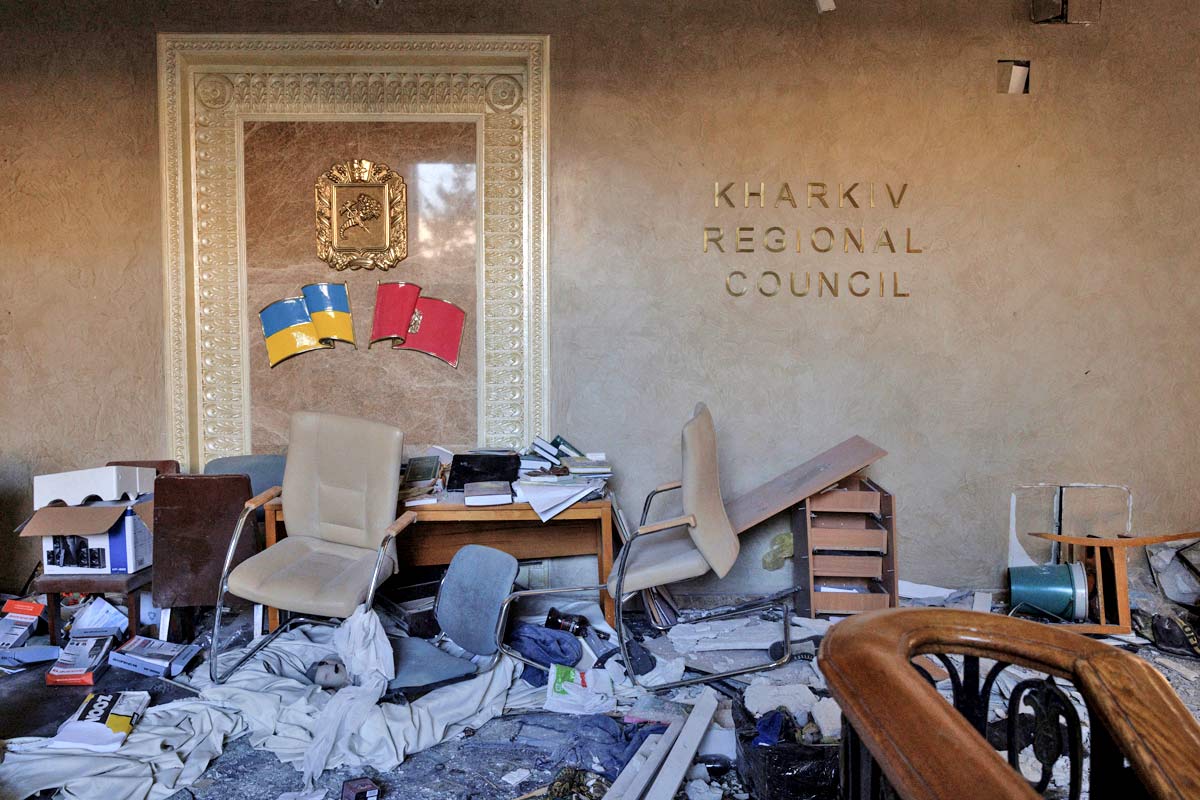 IMAGE: A view of a corridor in the regional administration building in Kharkiv after it was severely damaged by Russian shelling. Photograph: Thomas Peter/Reuters 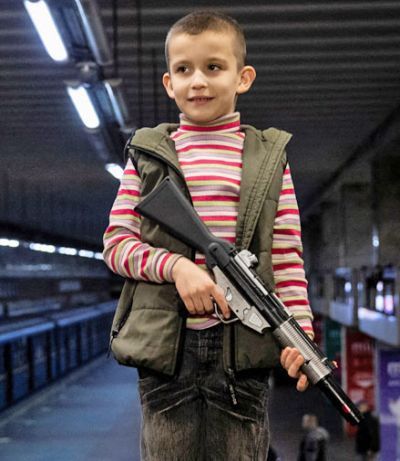 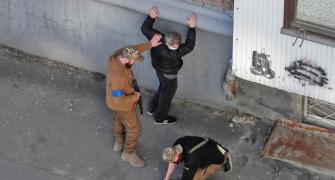 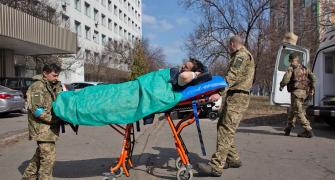 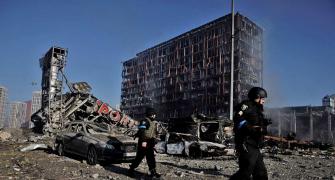 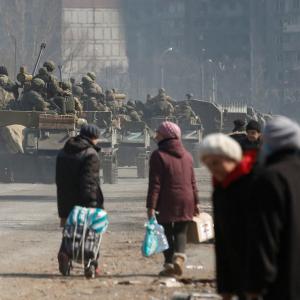 SEE: The Russian Siege Of Ukraine 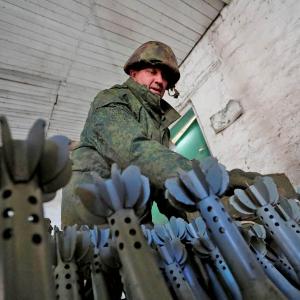