Please click on the images for glimpses of the impact of Putin's war on Ukraine. 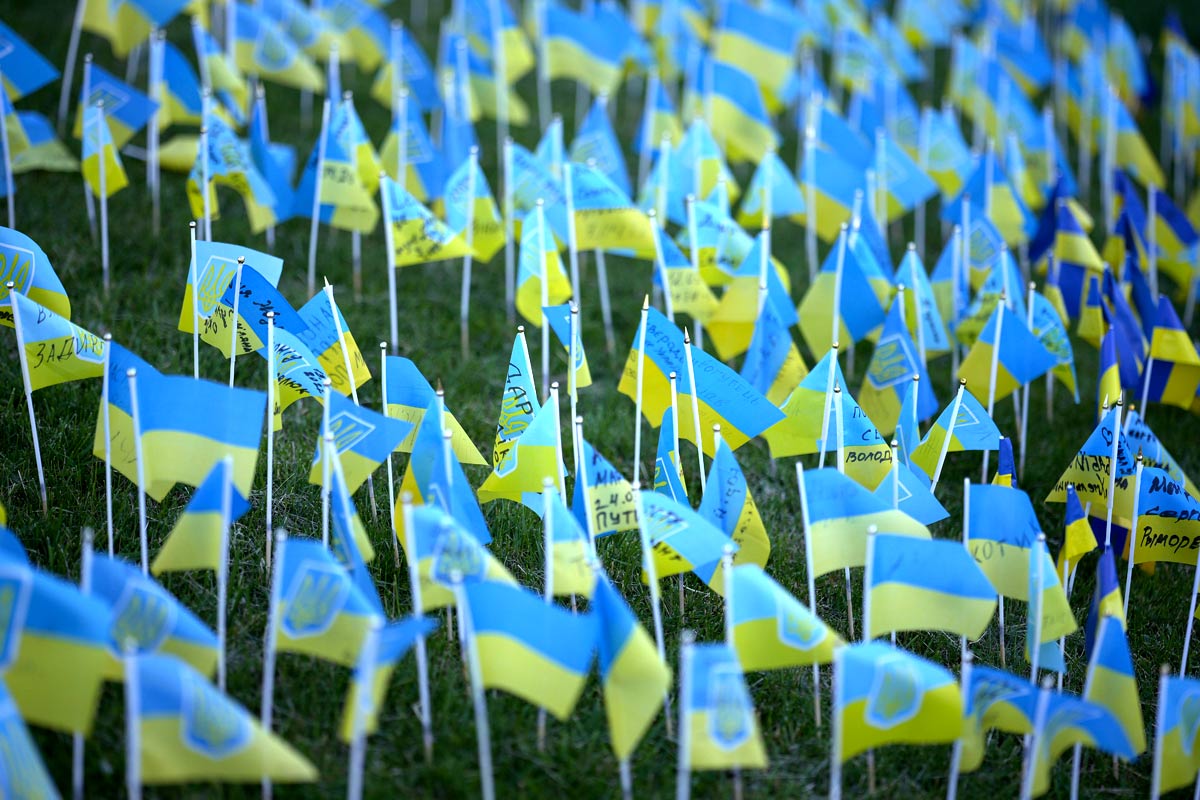 IMAGE: Ukrainian flags in memory of the fallen soldiers flutter in the wind in Independence Square in Kyiv. Photograph: Christopher Furlong/Getty Images 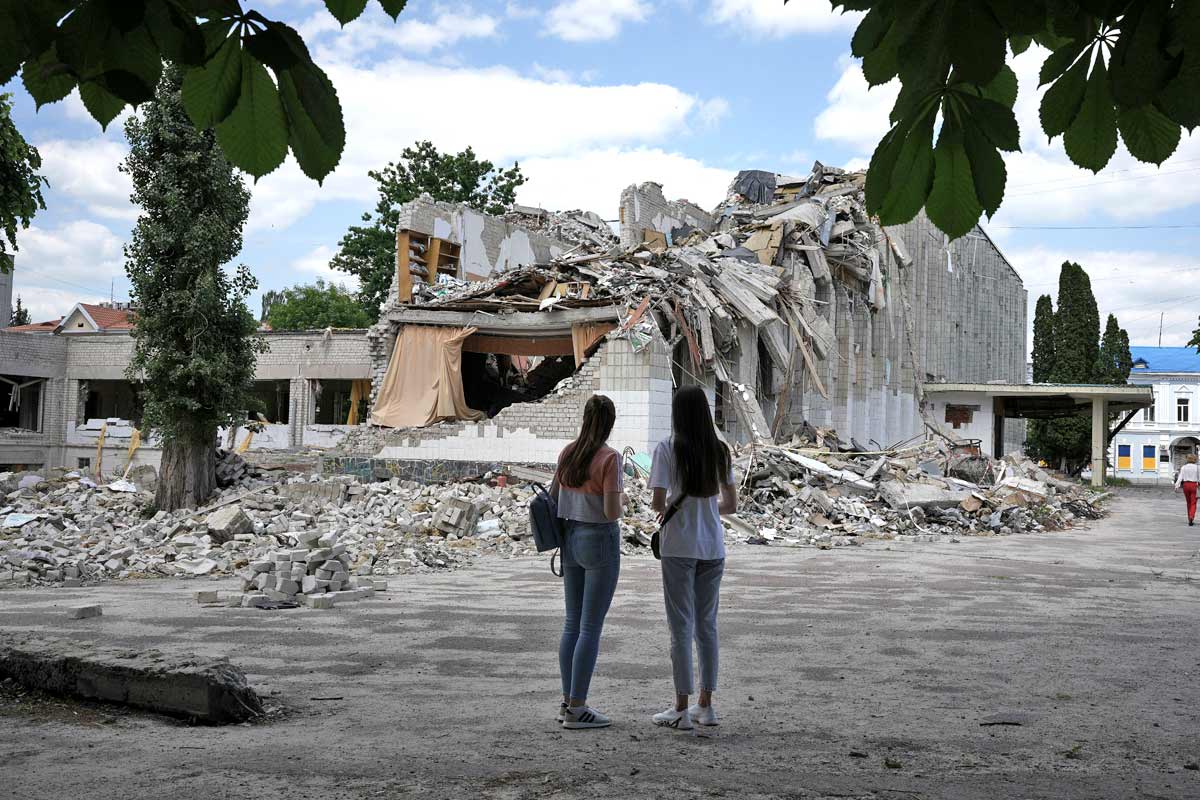 IMAGE: The remains of destroyed Lyceum Number 25 School in Zhytomyr.
The school was hit by a Russian cruise missile in early March and waits to be rebuilt or demolished.
The Ukrainian government have announced that school children will return to school after the summer break where possible. Photograph: Christopher Furlong/Getty Images 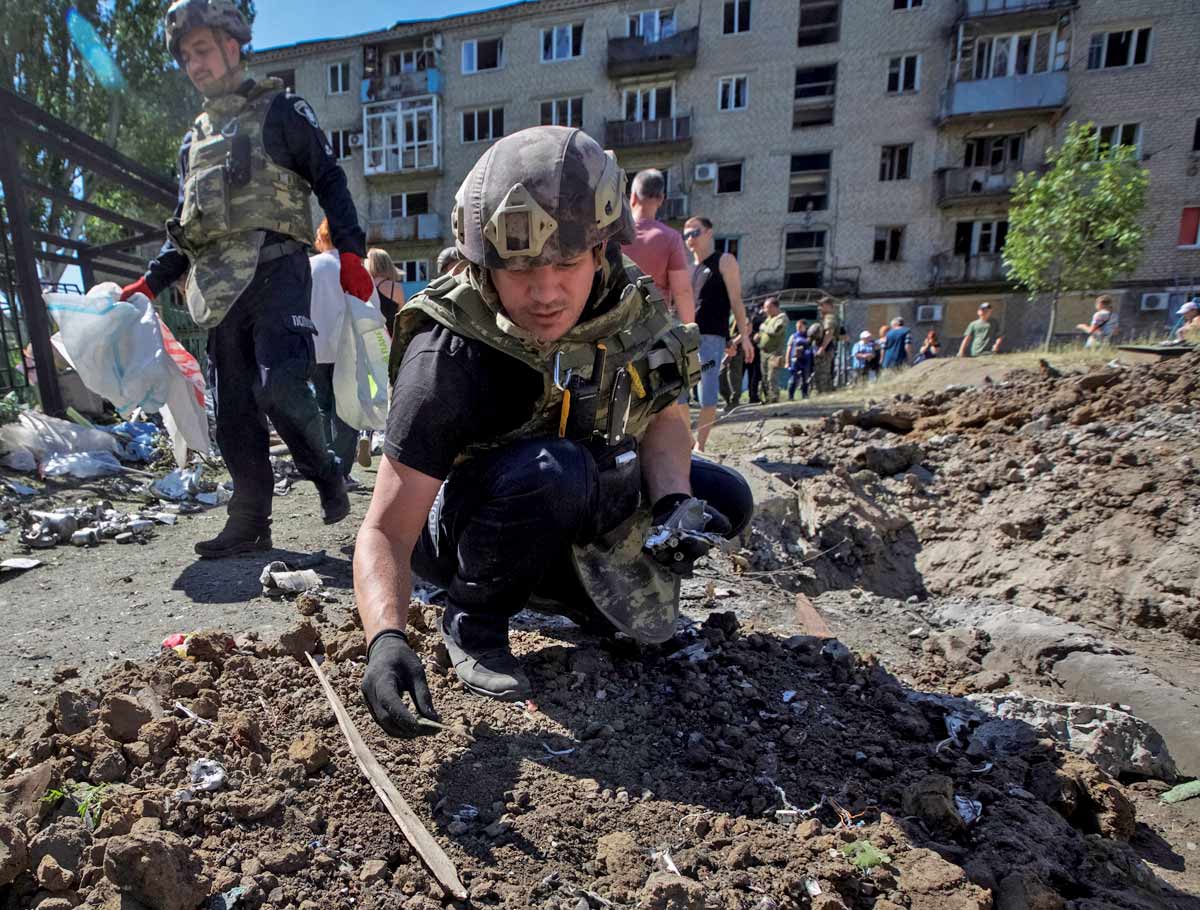 IMAGE: A police expert works near an apartment building destroyed in a Russian military strike in Kurakhove. Photograph: Anna Kudriavtseva/Reuters 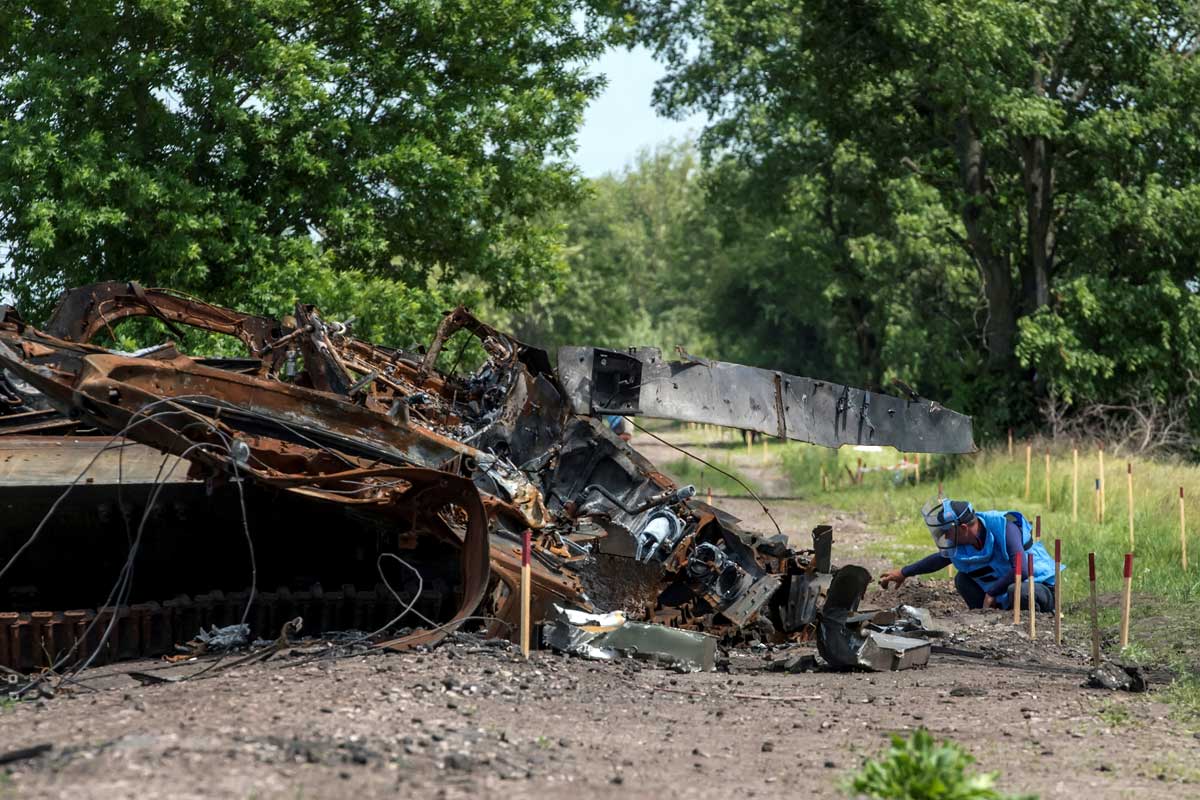 IMAGE: A volunteer from a Danish NGO demonstrates how to search for explosive devices outside the town of Ichnia in the Chernihiv region. Photograph: Vladyslav Musiienko/Reuters 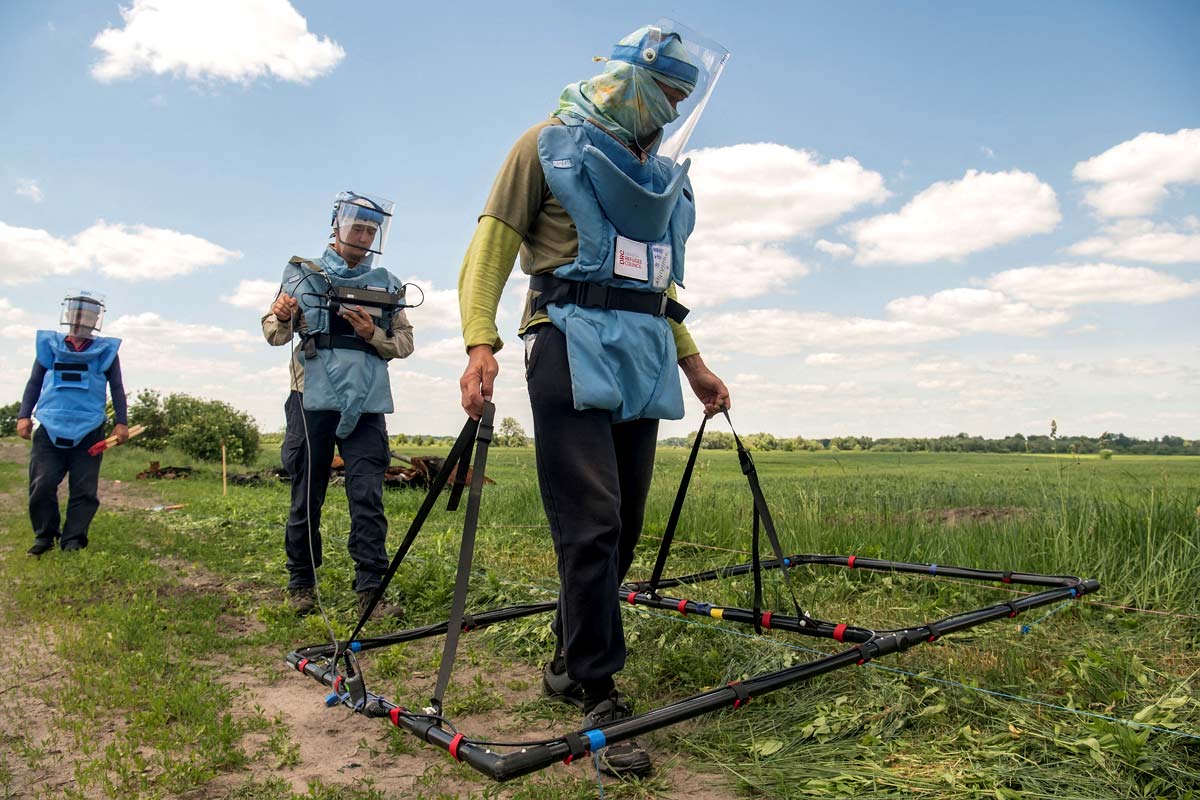 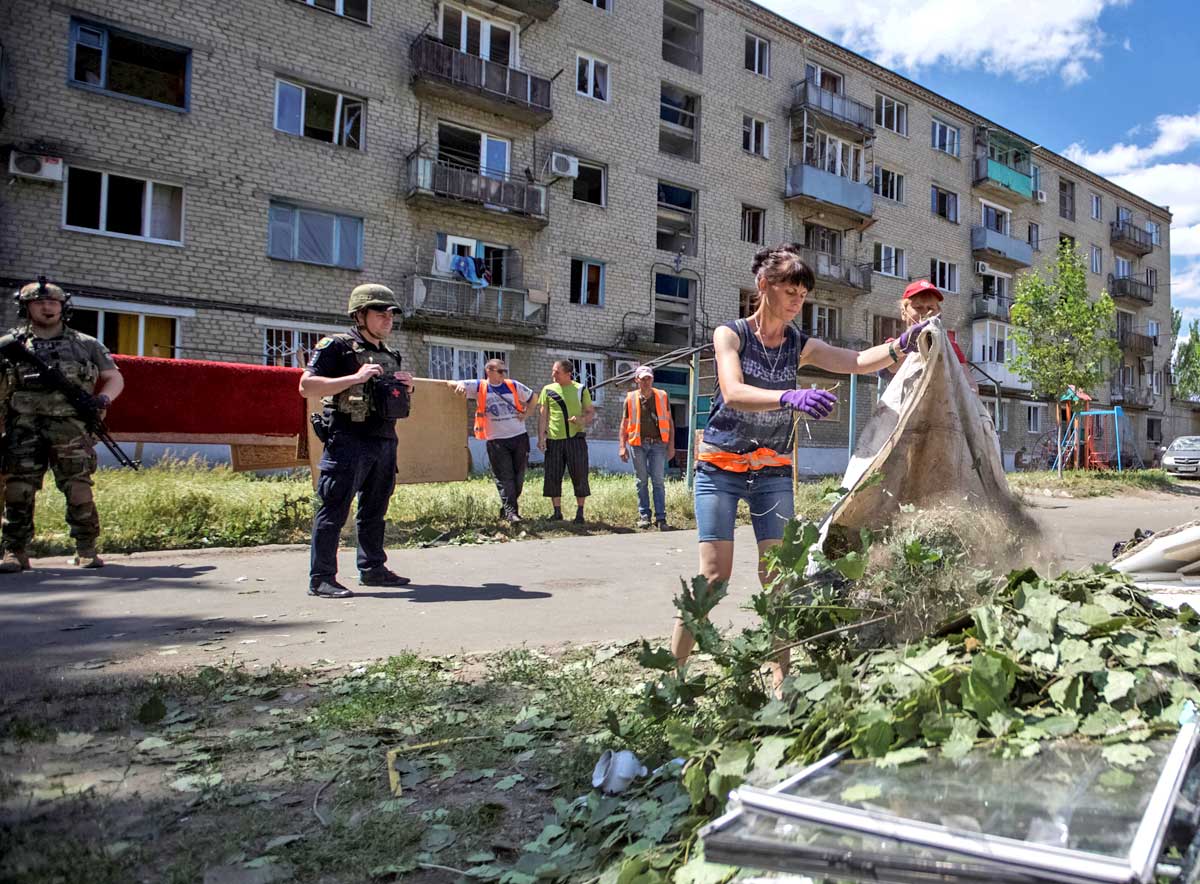 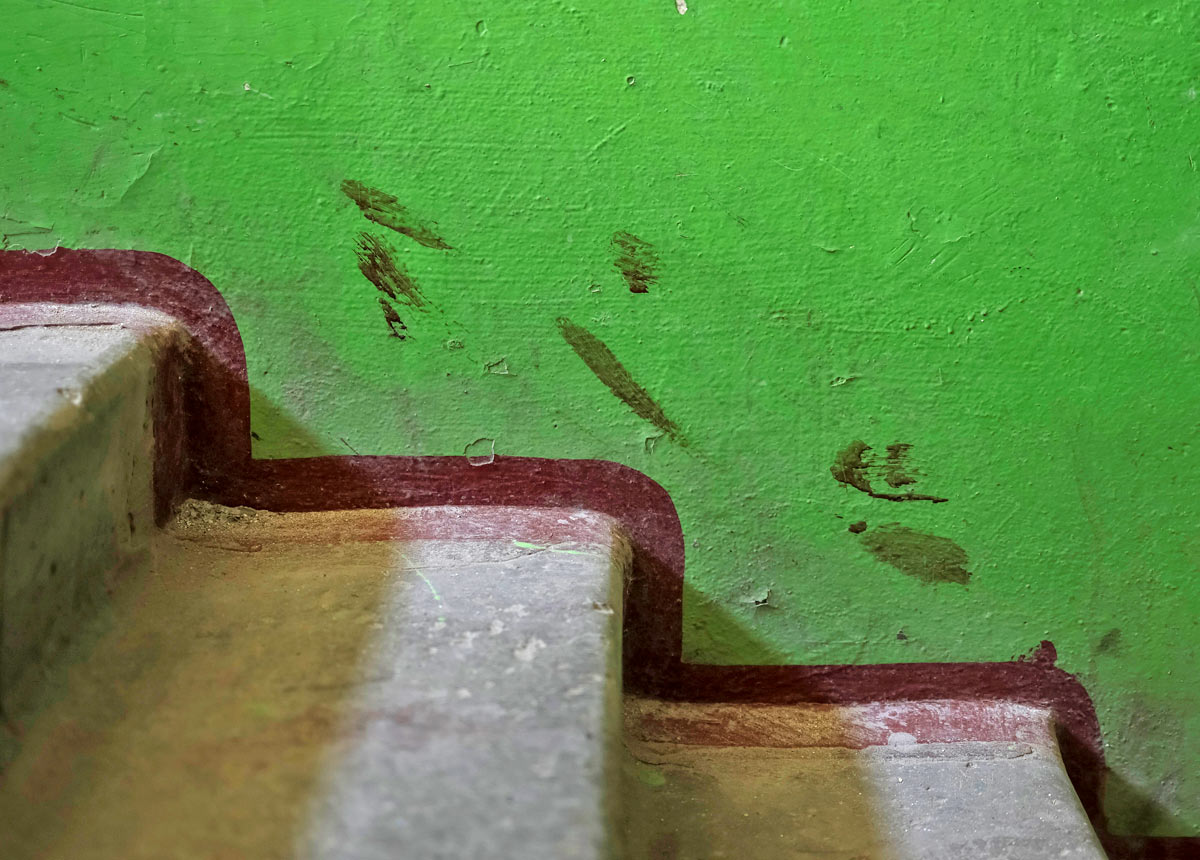 IMAGE: Dried blood seen on the wall in a building destroyed in a missile strike in Sloviansk. Photograph: Gleb Garanich/Reuters 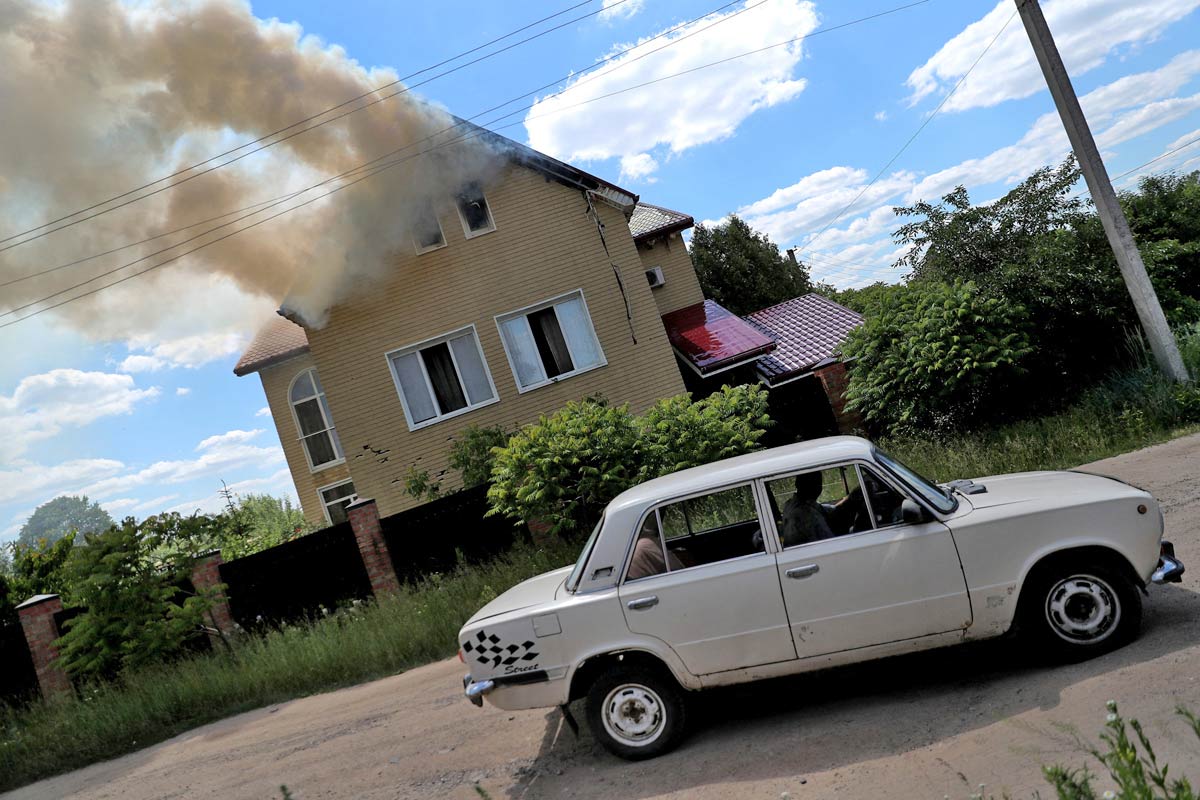 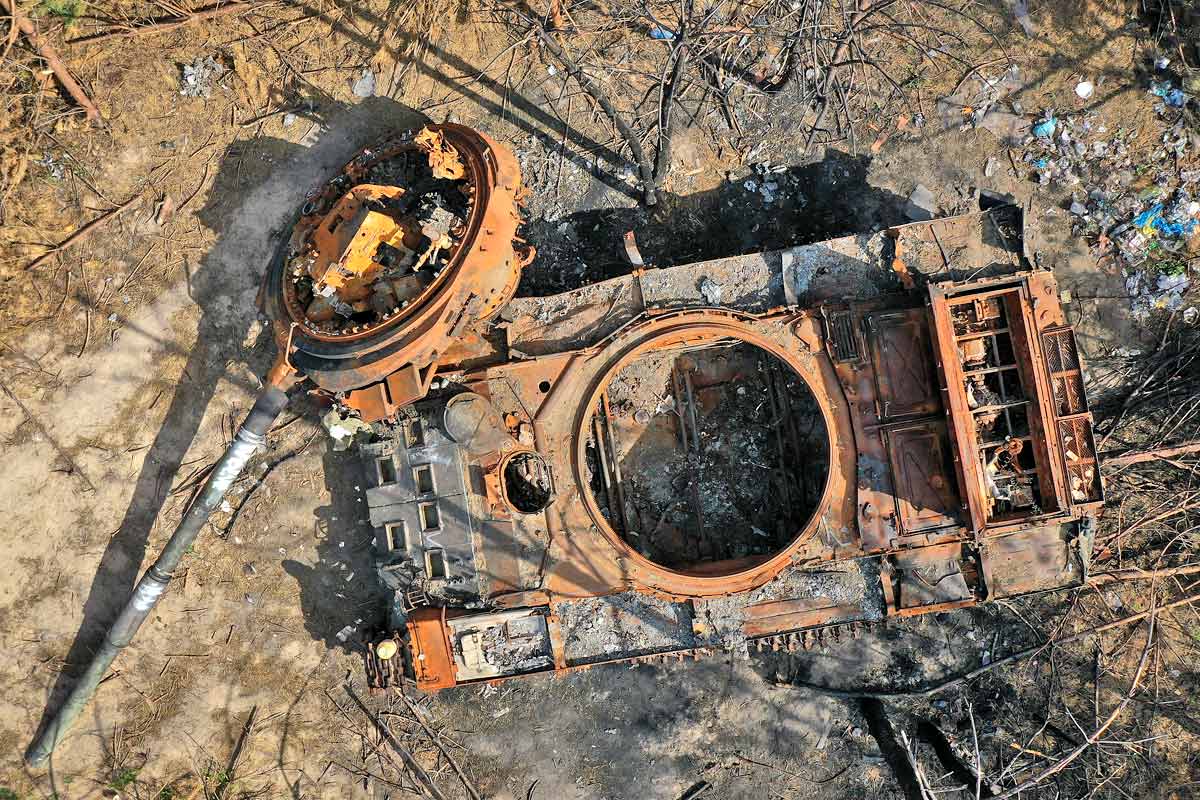 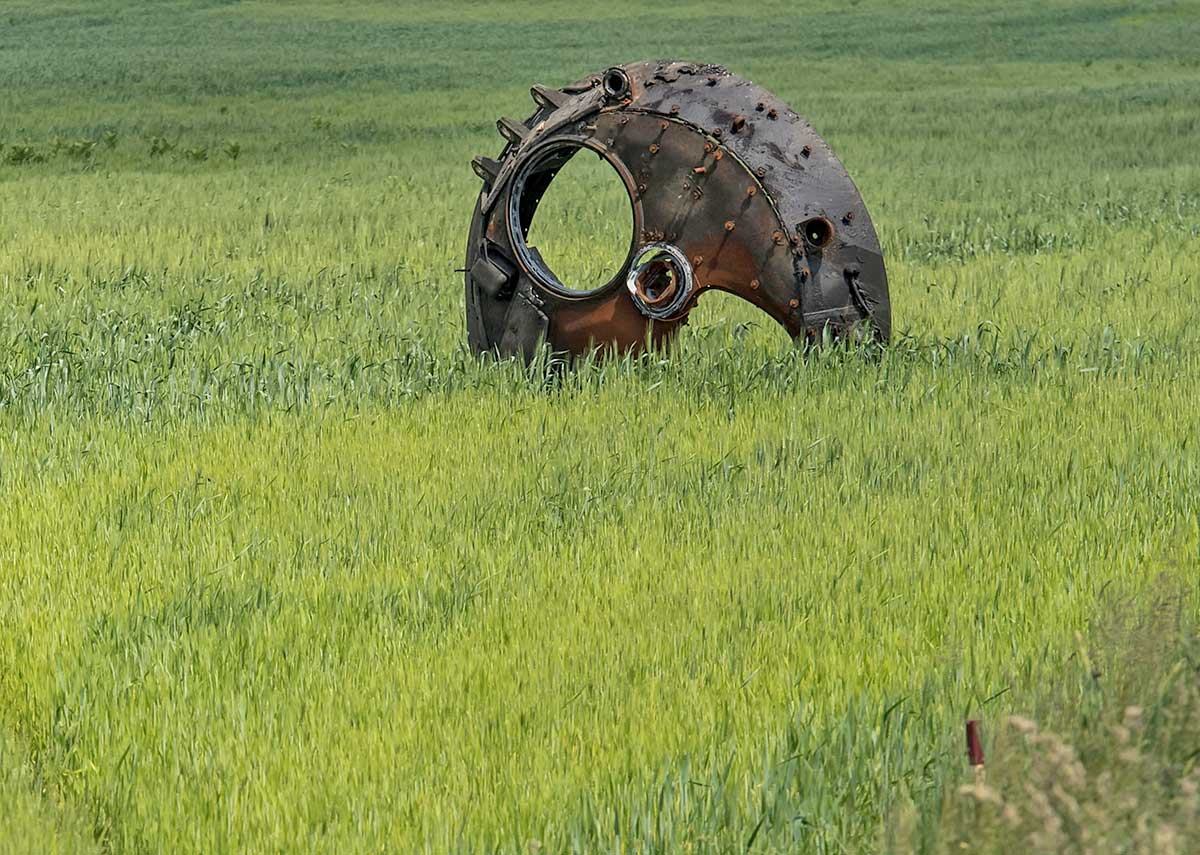 IMAGE: A turret of a destroyed armoured fighting vehicle seen in a wheat field outside the town of Ichnia. Photograph: Vladyslav Musiienko/Reuters 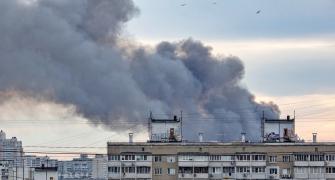 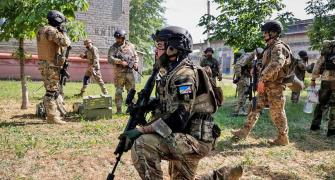 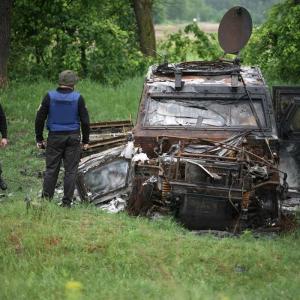 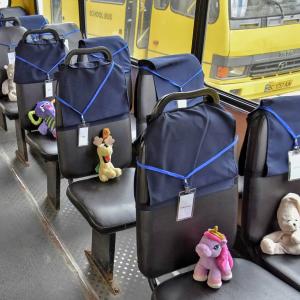