Admit it. Cine-Ma is so called because it is obsessed with the mother figure.

Whether it is Nargis in Mother India or Nirupa Roy in Deewaar, Mama's a scene stealer while Dad is just a shadow.

Does anyone remember Raj Kumar or Satyen Kappu in Mother India and Deewaar?

Yet, there are films that have explored the Dad's character with tender affection. Subhash K Jha lists them: 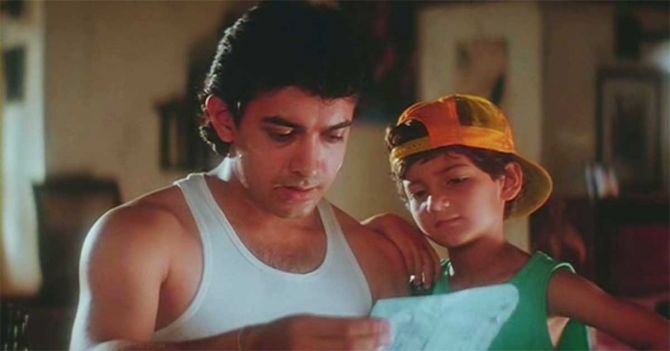 But you love me daddy, sang the child actor (Master Adil) to Aamir Khan.

As a man suddenly thrust with the responsibility of looking after a little son after being abandoned by the lady of the family Aamir Khan was fabulously frazzled trying to get the eggs in the omelet and the buttons on the school uniform right.

Though copied from a foreign source, this Mansoor Ali Khan directed film was a rare instance of a film that showed the father as the home maker.

Ram Gopal Varma is not known to invest too much time or space into building emotions in his films.

In tight close ups and clenched moments of camaraderie Varma showed the bonding between the Big B and his son.

The fact that the two actors were real-life father and son helped in giving a sharp focus to the relationship although very little was said between them. 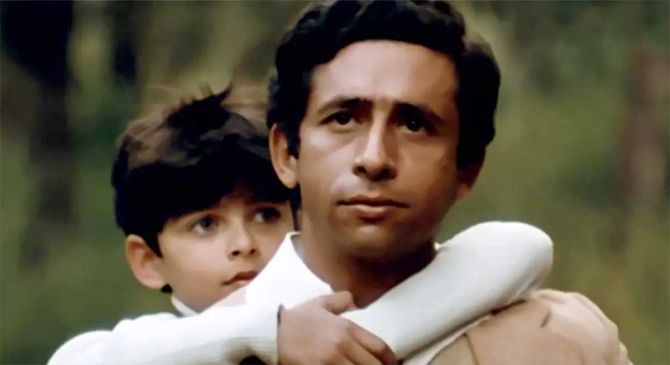 He was a bad dad. He had abandoned his one-night-stand girl after impregnating her. And now the child, as cute and vulnerable as a little puppy, shows up at his doorstep.

The father-son bonding scenes were filled with a credible camaraderie.

The sequence where father and son trek together to the sound of Tujhse Naraaz Nahin Zindagi was remarkably resonant. Portraying a wastrel of a father, drunk and unsuccessful and still getting your daughter to love you is not easy.

Anupam managed to draw a beautiful balance between a man on the brink of self-destruction and a father redeemed by his love for his daughter.

It was a beautifully balanced-out act, and one that managed to furnish dignity on the father's character. 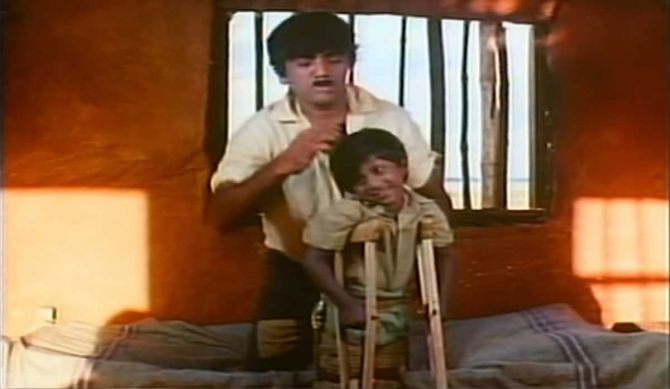 As a rickshaw-wallah who plays parent to an abandoned child Mehmood brought tears to millions of eyes.

When he sang the lullaby Aa Ri Aa Ja Nindiya to his screen son there was not a dry eye in the theatre.

Whether combing his son's hair or kissing his forehead Mehmood out-Nirupa Roy-ed all the screen mothers.

Mehmood's real-life son played his son In this sleeper hit. He played a Casanova who sows his wild seats here there and everywhere.

Aditya gave Salman tit for tat in every scene. This was a very special father-son film where Akshay proved he could act.

Playing a ruffian who is reformed when a child pops into his life, Akshay's tears flowed freely for his screen son.

In real life Akshay's father was terminally ill when he was playing father to little Aditya Kapadia on screen. 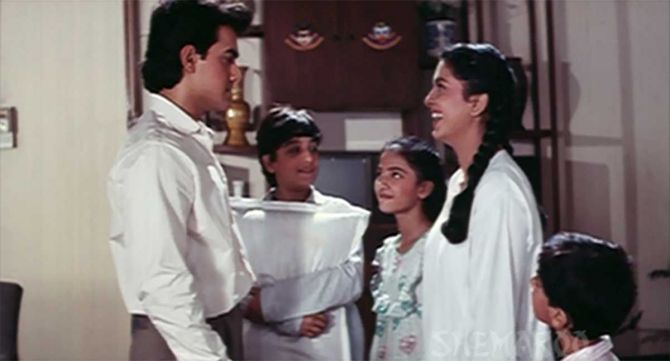 He played papa to his sister's kids.

There was pandemonium as he tried to balance out breakfast for the noisy demanding brood with a 9 to 5 job and a fiancée who hated kids.

Director Mahesh Bhatt showed the man going through what working women with family obligations have to go through all the time. Anil cast as a father to a brood of adorable orphans while Sridevi played the working woman who had no patience with kids. IMAGE: Shammi Kapoor and a wonderful cast of children in Bramhachari/

The story of a man who runs an orphanage and somehow earns enough to keep the kids well fed and clothed.

'Yahoo' Kapoor's empathy with his screen children was superbly recreated in the kiddies having fun song Chakke Pe Chakka and the lullaby Main Gaaon Tum So Jao.

Shammi was also superb as a widower struggling to bring up his precocious little daughter in Ramesh Sippy's Andaz. 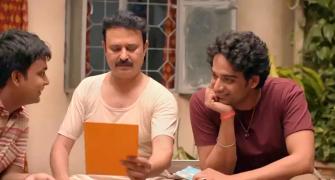 Dad Things Every Indian Will Relate To 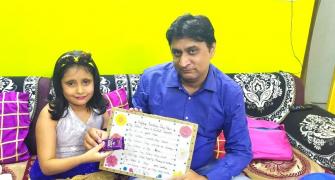 'My father is my hero' 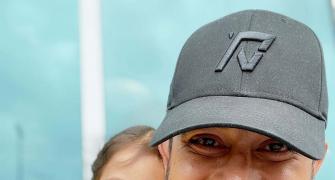 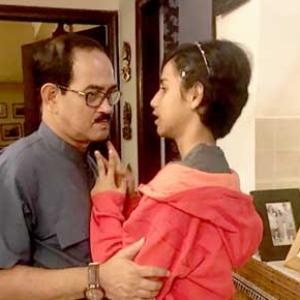 'He Is The Coolest Dad On Earth' 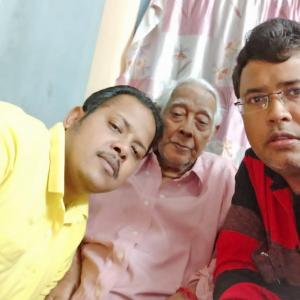 'Baba, I want to be your son in my next birth'