But it was the way she became one with her character while retaining her larger-than-life charisma that made Sridevi one of Indian cinema's biggest superstars.

Although her quivering, shrill, voice wasn't her strong point, she spoke her lines with such abandon; imperfection transformed into distinction.

We miss her presence.

And we miss her voice.

As we mark Sridevi's 56th birth anniversary on August 13, Sukanya Verma remembers Sri through some of her memorable movie quotes.

Sridevi's delightful twin avatar in Chaalbaaz takes a fascinating look into her extremes.

Of course, it's the edgy extrovert, swaggering-by-the-second, cheeky chutzpah of Sri as Manju that steals the show in this 30-year-old classic.

What's not to love about this beer-glugging feminist telling Sunny Deol how she feels before they began boogieing in the rains to Na Jaane Kahan Se Aayi Hai?

Mousy Anju deserves a mention too.

While her sassy sister could outdrink a bar, her shy twin evokes much amusement when she meekly asserts her teetotaler ways in Sri's signature singsong voice.

Trust Sridevi to parody dialogue specialist Raaj Kumar's popular line from Waqt to such hilarious effect, you'll be compelled to attribute some of its ensuing success to the Chaalbaaz lady.

Around his lively company, her guard drops too.

Chopra deftly captures their moments of romantic reverie, where the duo imagines their Swiss honeymoon in a cognac-triggered haze. 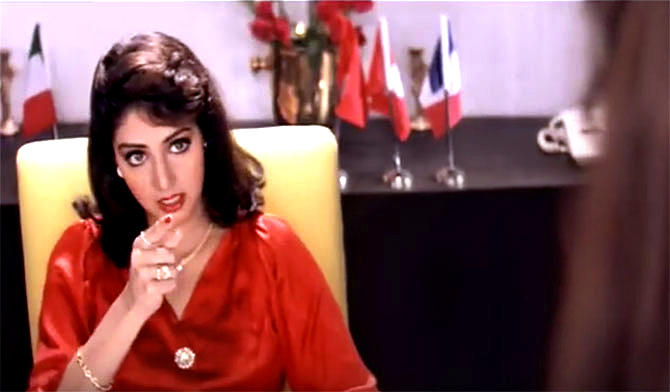 As the bullying, bratty boss and businesswoman ready to trounce anyone who dare defy her do or die policy, Sri spews vitriol and snaps fingers.

The Original Thanos, she! 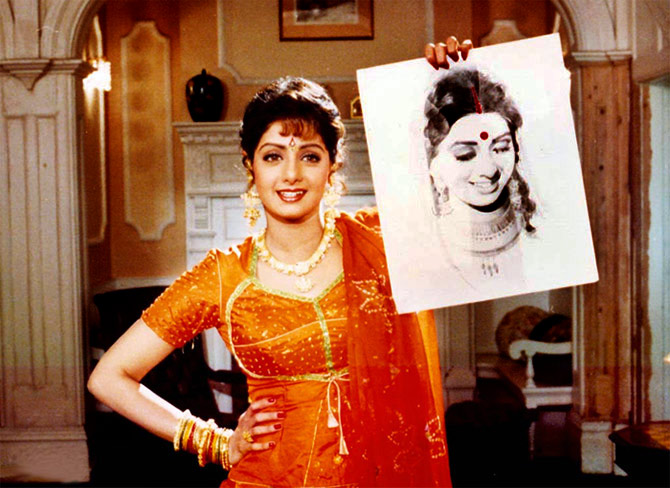 On realising the woman in the painting is not her and that the man she loves once loved her deceased mother crushes Sridevi deeply.

Hurt and humiliated, she sees no point in continuing the fight. Even the fiercest of romantics have their limitations.

She can take on society, but not shadows.

From the children-loathing journalist to being forced to share a roof with a bunch of boisterous kids to a sympathetic figure, who sees through their long faces and comes to their rescue, Sri's character in Mr India does a heart-warming turnaround.

Khuda Gawah presses all our sentimental buttons when Sridevi echoes the same philosophy as her father (played by Amitabh Bachchan) even though the two have never met.

Until they reunite, that is, amidst much tears and drama in Mukul S Anand's grand, ambitious offering. 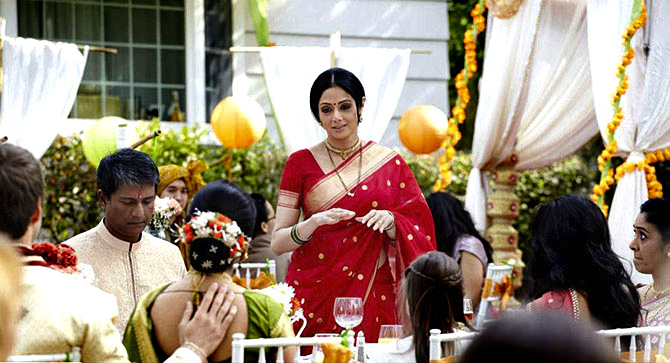 'Life is a long journey, Meera, sometimes... you will feel you are less, Kevin sometimes, you will also feel that you are less than Meera. Try to help each other, to feel equal, it will be nice'

In Gauri Shinde's effective English Vinglish, Sridevi's graceful, carefully measured speech at a family wedding pricks at the conscience of her callous husband and ungrateful daughter bringing about inevitable remorse. 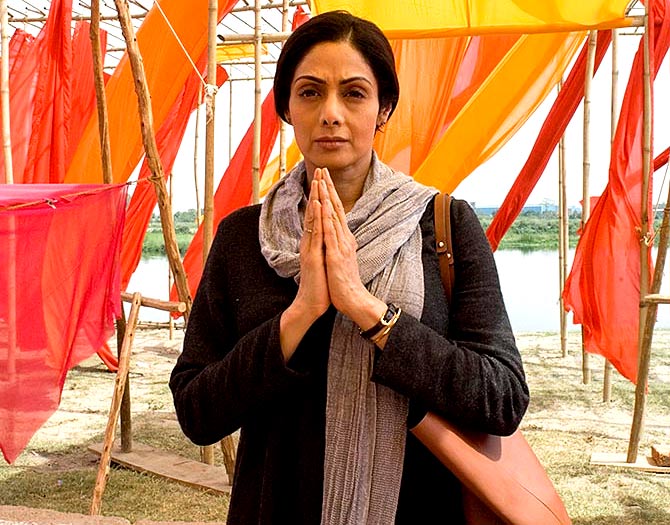 Sridevi's revenge-thirsty Mom is quite clear about not letting her scruples interfere with her settling scores. 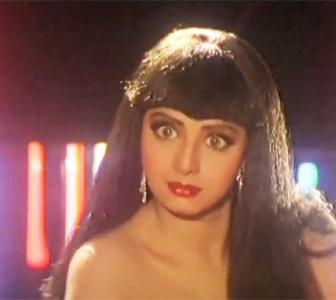 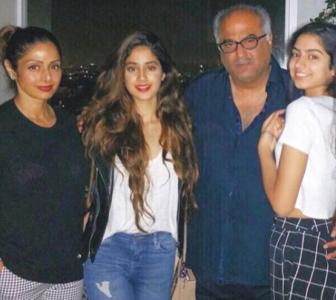 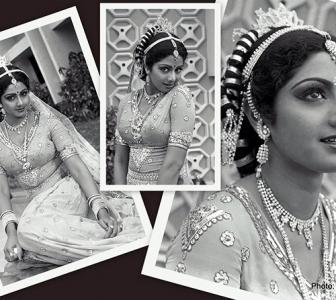 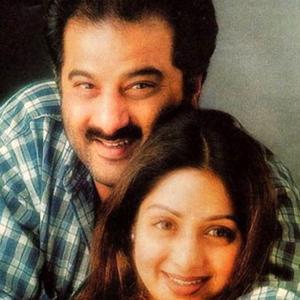