One of the most versatile actresses of her time, Sridevi made her characters fun with her innate charm, innocence and screen presence.

Aided with larger-than-life treatment and flamboyant outfits, some of her onscreen avatars became hugely popular. 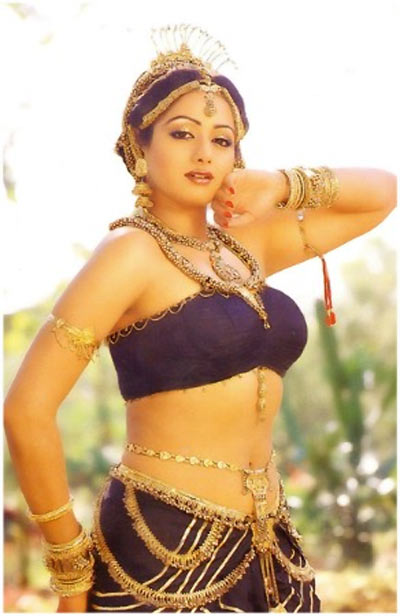 The water pots may have dominated most frames in Nainon mein sapna, but Sridevi's bejewelled outfits and headgears stole the show.

Himmatwala was a huge hit. 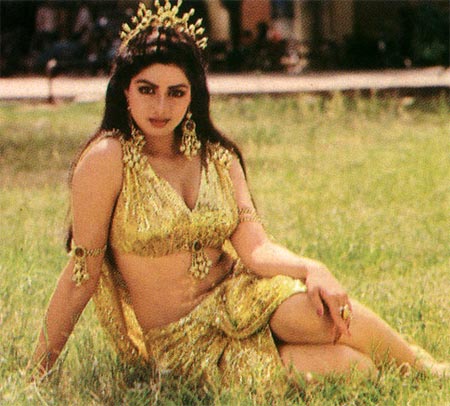 The bubbly actress plays mischievous village lass Radha who falls in love with a school teacher in this 1985 film.

She dresses up in a gold outfit to seduce her object of affection. 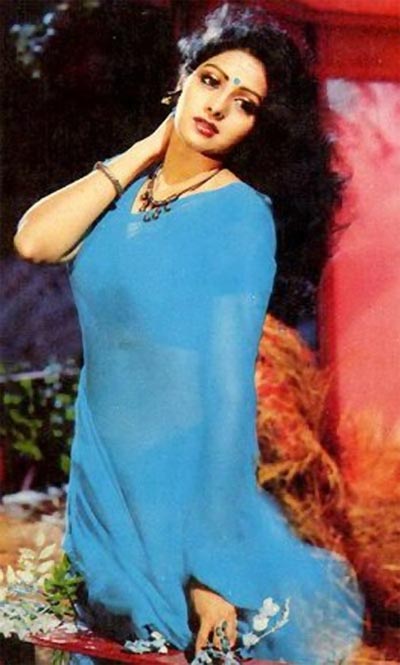 Sridevi became the epitome of Indian male fantasy as she swayed passionately to her invisible lover's words in a blue chiffon sari.

Seema pines for Mr India and professes her love with Kaate nahi katte during their rendezvous one rainy night. 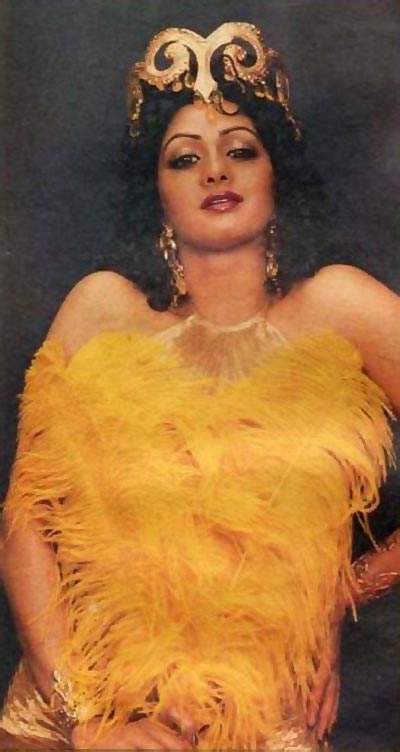 The actress transforms into a coquettish show girl as she crashes a party to secure information about a smuggler in Mr India.

Ms Hawa Hawai left her fans short of breath in a golden dress, faux feathers and a headgear to boot. 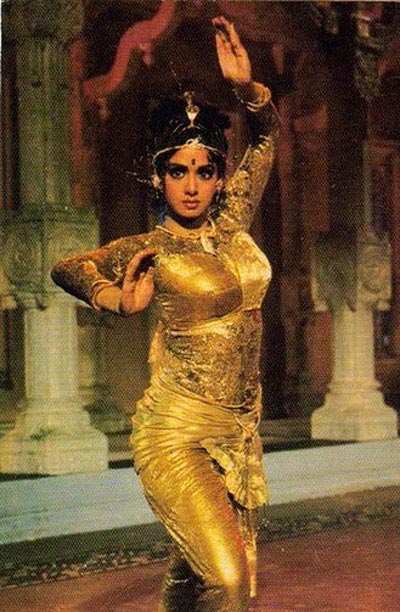 The revenge-seeking Rajni returned in Nigahen, the sequel of the 1986 superhit Nagina.

Dressed in a body-hugging golden suit, the shape-shifting snake fends off her enemies. 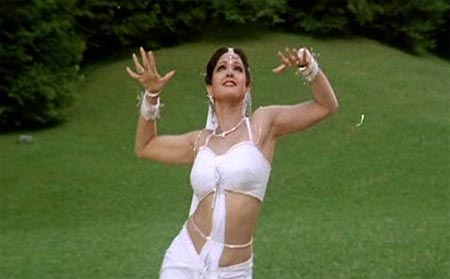 She transformed into a mythical goddess in a white number in Chandni.

Her white outfits became popular as the 'Chandni look' when the film released in 1989. 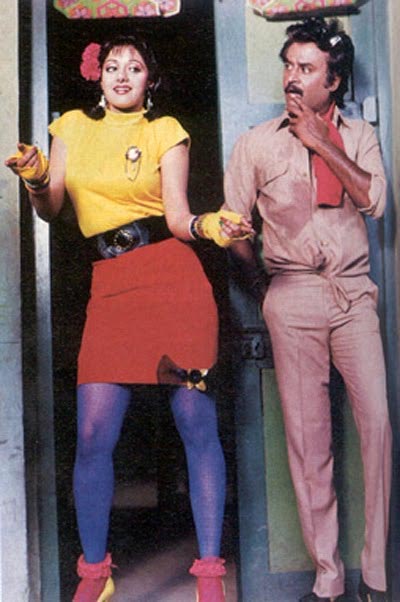 Manju's delightfully outrageous attire is in perfect sync with her fiery temperament. 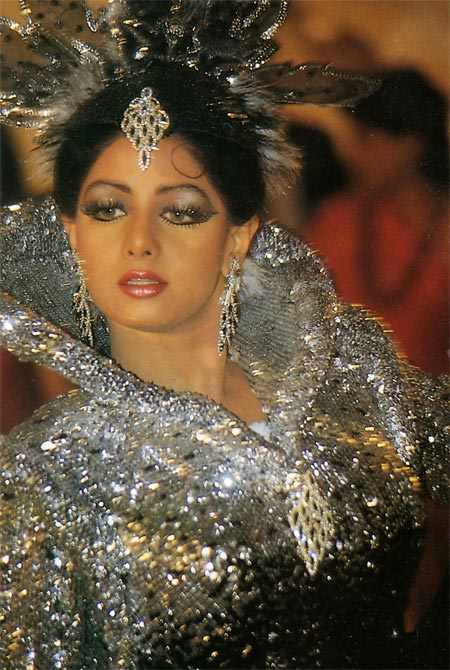 She transforms into her famous onscreen alter ego in over-the-top makeup and an outfit to match in the 1990 Dharmendra-starrer Nakabandi. 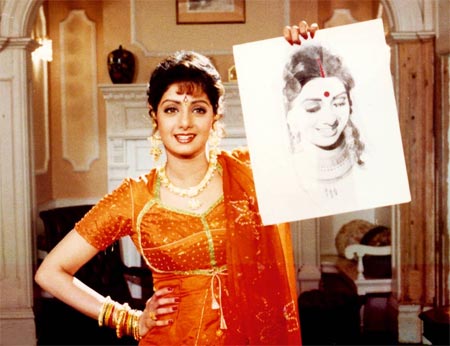 Sridevi carried off Western outfits as well as Indian wear with remarkable ease.

In Lamhe, one of her most memorable films, she is seen in colourful Rajasthani clothes as Pallavi and chic pullovers in the later part of the movie as Pooja, Pallavi's daughter. 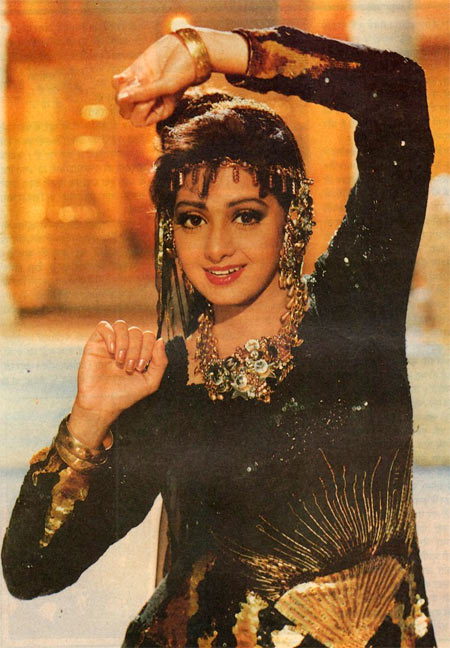 She lent her trademark charm to Banjaran, a 1991 film, in a black glitzy outfit and a cutesy hairstyle. 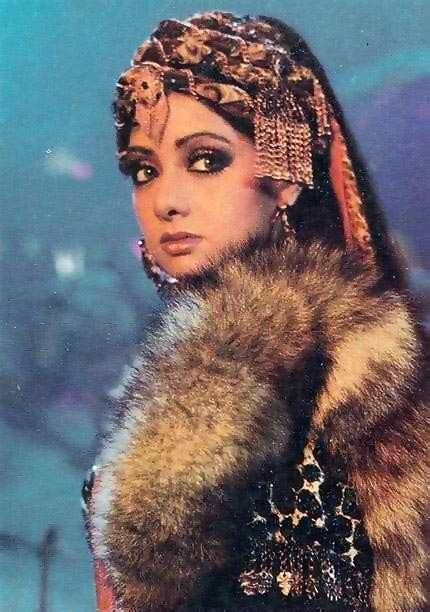 She puts a spin on Afghan attire with faux fur and an elaborate headgear in Khuda Gawah.

She plays the fetching Benazir who is relentless in her quest for her husband who'd travelled to India to avenge her father's death. 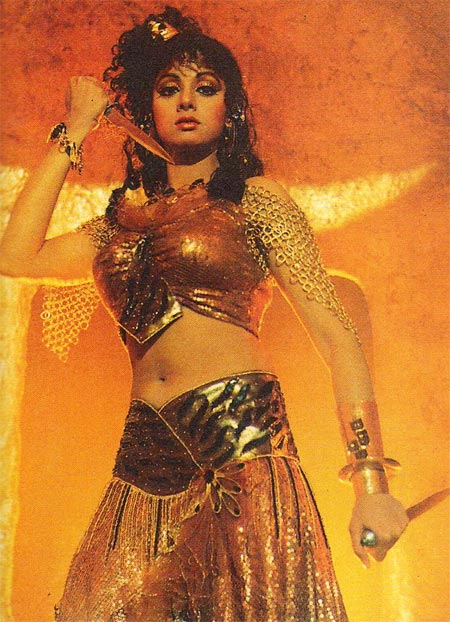 As a part-time crook on the lookout for her father's killer, Sridevi performs many stage numbers in eye-catching outfits in Roop Ki Rani Choron Ka Raja.

One of them has her holding knives as props, a sly reminder of her vengeful mission.

This feature was first published in August 2012. 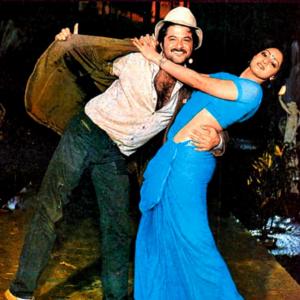 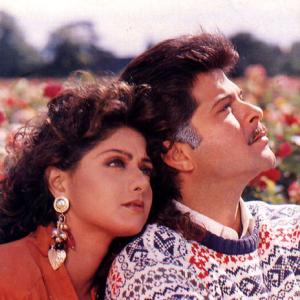