News
Business
Movies
Sports
Cricket
Get Ahead
Money Tips
Shopping
Sign in  |  Create a Rediffmail account
Rediff.com  » Movies » OTT: What You Can Watch On Long Weekend

OTT: What You Can Watch On Long Weekend

Stars. Substance. Style. Sukanya Verma lists them all on OTT this week. Sanjay Leela Bhansali adapts a chapter from S Hussain Zaidi and Jane Borges's non-fiction bestseller Mafia Queens of Mumbai to trace a woman's journey from gullible romantic to influential brothel madam with trademark lyricism and a career best turn by its leading lady Alia Bhatt in and as Gangubai Kathiawadi. From marriage to murder, film-maker Ridley Scott's scandalous, star-studded insight into the lives and legacy of the family running the iconic fashion house comes alive in top-notch performances by Lady Gaga and Al Pacino.

The ABC Murders
Where to watch? SonyLIV
Language: English Close on the heels of Death on the Nile comes another Agatha Christie mystery.

In this three-part BBC adaptation, John Malkovich slips in the role of Belgian detective Hercule Poirot investigating a series of murders where the killer signs off as ABC.

Soundtrack#1
Where to watch? Disney Hotstar
Language: Korean (with subtitles) My Name's Han So-hee and Happiness hero Park Hyung-sik find romance in the four-part K-drama about two friends -- a photographer and lyricist -- realising they mean a lot more in the course of making music.

Prayers of the Stolen
Where to watch? Mubi
Language: Spanish (with subtitles) Set in a rural town of Mexico, Prayers of the Stolen chronicles the friendship of three girls residing in a drug mafia ravaged region. A winsome adaptation of Alice Oseman's LGBTQ+ themed graphic novel that looks at teen love and friendships has already sparked off demands for a season 2.

Taxi Driver
Where to watch? Netflix
Language: Korean (with subtitles) A taxi company whose services include exacting revenge for its clients. Trust K-dramas to make sense out of the most bonkers premise. Sally Wainwright's historical drama series about lesbian love continues its impressive streak as it looks at life after same-sex marriage in a well-received second season.

The King of Pigs
Where to watch? Amazon Prime Video
Language: Korean (with subtitles) The evils of bullying, its haunting trauma and shocking repercussions fuel the drama in this brand new offering from South Korea's television scene.

We Own This City
Where to watch? Disney Hotstar
Language: English Crime reporter Justin Fenton's book comes alive in a mini-series centred around the cops, crime and corruption in Baltimore. 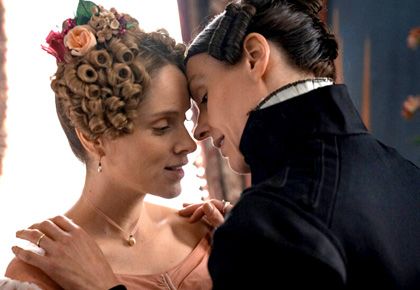 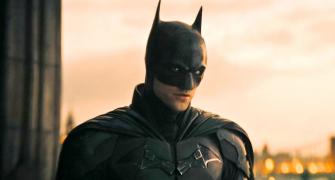 Check Out YOUR OTT Guide! 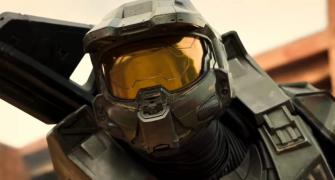 Fun, Fun Weekend For You On OTT! What To Watch On OTT This Weekend