News
Business
Movies
Sports
Cricket
Get Ahead
Money Tips
Shopping
Sign in  |  Create a Rediffmail account
Rediff.com  » Movies » 'I want to run out and scream'

'I met him recently.'
'He was his usual cheerful, boisterous, self.'
'You didn't even get an iota of feeling about what he had gone through or may be going through internally.' 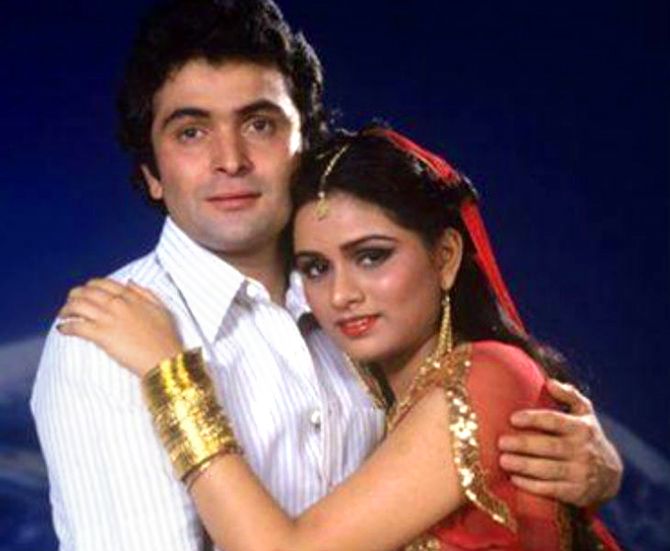 "I am shocked and numb," says Padmini Kolhapure who worked with Rishi Kapoor in many films in the 1980s.

"I have no words to express my grief over this personal loss. It's a huge loss to the entire industry, not only me," she tells Rajul Hegde.

I was a huge fan of Rishi Kapoor before I got into movies.

I used to bunk school and lie to my parents to watch his movies. I loved watching his films with Neetu Singh.

The next thing I knew, I was sharing screen space with my dream man.

Before Prem Rog, I shot for a song called Poocho Na Yaar Kya Hua in Zamaane Ko Dikhana Hai. That was my first shot with him.

I had to go and hug him.

I went totally weak in my knees.

I didn't know what I was doing.

I was so nervous, I think he could feel my body shiver.

But he made me comfortable.

He is no more.

There are so many memories flashing through my mind. They bring a smile on my face too.

My growing up years were with him.

I would say 20, 25 days in a month -- I don't know for how many years because I was doing four, five films simultaneously -- with him.

That was the way films were made then and you adapt to whatever you are thrown into.

I consider him as one of the finest actors. 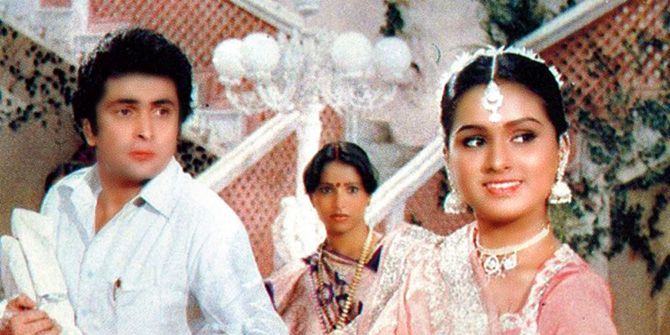 One of his iconic films, I will proudly say, was Prem Rog.

I remember shooting for a scene in the temple, where I had to slap him.

I was just doing the action of slapping, when Raj uncle (Prem Rog Director Raj Kapoor) said, 'I want you to slap him literally. I want that effect on the screen.'

I looked at Rishi and he said, 'Go ahead'.

We did about 10 retakes. By then, his cheek had gone red.

And in one of the films where he had to slap me, he said, 'Now it's time... I am taking revenge.'

But we got it done in one take only.

I was in awe of him while working.

Working with him was a learning process.

I met him socially recently.

He was his usual cheerful, boisterous, self.

You didn't even get an iota of feeling about what he had gone through or may be going through internally.

When I saw his film 102 Not Out, I messaged him, saying, 'Chintoo, you were brilliant in the film.'

Until yesterday, we were talking abut Rishi Kapoor in the present. Today, he has become the past.

We can't go for his cremation due to COVID-19, we are so helpless.

I want to run out and scream.

All I can say is everybody's prayers are going to help his soul. 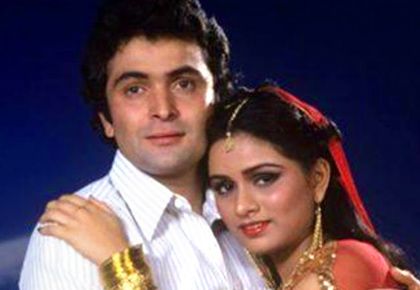 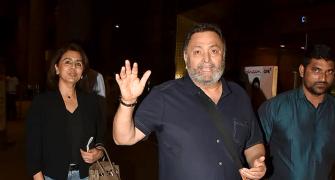 Rishi Kapoor passes into the ages 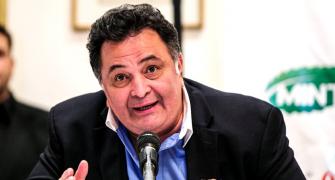