News
Business
Movies
Sports
Cricket
Get Ahead
Money Tips
Shopping
Sign in  |  Create a Rediffmail account
Rediff.com  » Getahead » Where the new jobs in banking are

Digitisation is changing the banking business.
This shift has resulted in a change in banking job profiles.
Nikhat Hetavkar reports. Banks have seen a rise in employee count as profiles evolve and business scales up even as automation leads to various job profiles becoming redundant.

In addition, with front and back-end jobs at banks giving way to more complex roles, technology and rising digitisation have also led to creation of new roles.

Banking products and services have undergone a transformation due to the changing consumer behaviour and shift towards digital banking.

This shift also resulted in a change in the banking job profile, said experts.

As changes in customer behaviour led to a change in both the size and nature of branches, the staff at branches also evolved, says Surinder Chawla, head -- retail liabilities and wealth management.

"Routine transactions such as cash withdrawal or basic inquiries have moved away from branches and the requirement for tellers has reduced," he adds. "A clear focus in the future will be on re-skilling branch personnel on some functional areas, including introduction of new third-party products and focus on soft skills like communication, social skills, emotional quotient and digital savviness," Lowe adds.

Due to the prevalence of new technologies like robotics process automation (RPA), artificial intelligence (AI) and machine learning (ML), the need for roles like data entry operators and data verification personnel, among others, are becoming increasingly redundant, said banking experts.

However, YES Bank believes the roles are evolving instead of becoming redundant.

"Executives need to be re-skilled to adapt to technological advancements," adds Kurane.

Digitisation has also changed the method of operation of both individuals and businesses.

This has naturally resulted in a change in bank processes.

The 2019 Gartner Chief Information Officer Survey revealed that technologies and skills needed to design operations and architectures for digital banks are hogging the limelight.

The strategic move to digital is a bigger business priority for banking services firms than it is even for top-performing firms across all industries, Garnter noted.

Chawla provides the example of banks that manage physical collection of cheques and cash for their corporate customers.

But digitisation has made that service less useful as transactions have moved online significantly and corporate customers are seeking analysis that helps them get a better picture and enhanced control of their business.

There is an increased demand for people who can design processes that smoothen the integration of technology, both for processes and customers, says Chawla. The shift towards digitisation has also led to the growing importance of digital officer roles as well as creation of new profiles within the banking industry.

"Technology has disrupted the way banking is done and roles like digital officers are gaining more and more prominence," says Kurane.

"Since these roles constantly evolve, we don't look for talent only in banking anymore -- jobs in technology, e-commerce and payment companies have become relevant," says Kurane.

The role of chief digital officer has also come to the forefront since the role now involves charting a bank's path towards becoming digital.

Previously, the role was limited to ensuring that the banking system was running efficiently.

'An entire set of new roles is coming to the fore. These include cyber security specialist, who focuses on early detection of credit card and other frauds as well as robot programmer, who focuses on creating new bots which will streamline and enhance efficiency of more and more processes, maintain existing bots, and trouble shoot where there are issues in RPA,' EY said.

Big data and analytics is another critical area which all banks are focusing on.

'Along with data analytics, AI or ML skills are in short supply and we see emerging demand for them,' said Gartner. 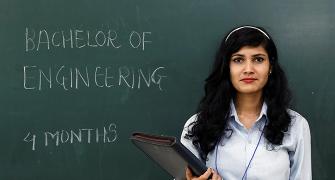 Good grades will not get you a job. Skill yourself! 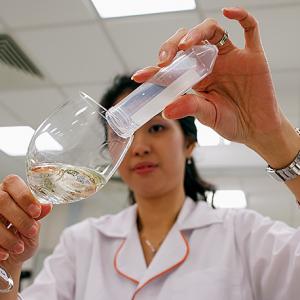