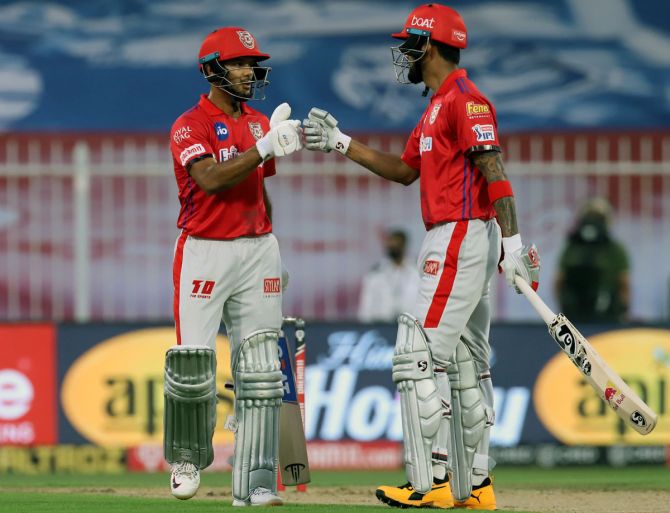 The IPL is back: much delayed, outside India, inside a 'bubble', and in front of empty stands.

But it's at least back, and we're trying to pretend that nothing has changed, although the canned crowd sounds are really awkward.

The Rediff.com performance indexes are also back: The Most Valuable Player Index (MVPI), that collapses a player's batting, bowling and fielding performance into a single index based on run equivalence, and the Paisa Vasool Index (PVI) that is calculated by dividing the player's cumulative earning by his cumulative MVPI. We can therefore think of MVPI as the equivalent of the total 'runs' that a player scores: The higher the MVPI, the better the player is performing.

On the other hand, the lower the PVI, the more value for money the player offers. While both Rahul and Mayank Agarwal have the same MVPI, Mayank has a far better PVI.