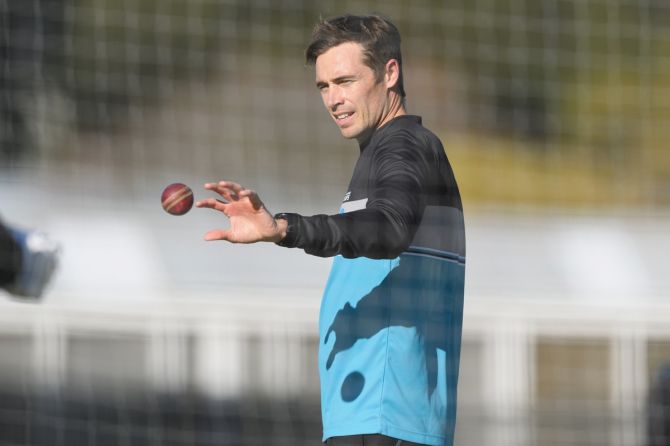 IMAGE: New Zealand pacer Tim Southee will replace Pat Cummins in the Kolkata Knight Riders squad for the remainder of the IPL, in the UAE. The Australian pulled out of the IPL due to 'personal reasons'. Photograph: Kai Schwoerer/Getty Images

New Zealand pacer Tim Southee has been roped in by Kolkata Knight Riders for the remainder of the IPL, in the UAE, from September 19.

The veteran New Zealand pacer will be a replacement for Australia's Pat Cummins, who pulled out of the league due to "personal reasons".

"Cummins made himself unavailable for the season for personal reasons. Southee comes in with a vast experience of 305 International games for the Kiwis with 603 wickets," the two-time former champions KKR announced on Thursday.

Cummins, who was signed for Rs 15.5 crore for IPL 2020 season, has been a key member of their side and this season he played all their seven games, taking nine wickets and scoring 93 runs, including a career-best 66 not out against Chennai Super Kings.

The third-highest wicket-taker in T20I cricket, with 99 wickets in 83 matches, Southee was part of Rajasthan Royals, CSK, Mumbai Indians and Royal Challengers Bangalore in the past.

He will now reunite with his former captain Brendon McCullum, the head coach of KKR.

"We are delighted to have Southee in our ranks. He is a proven match-winner and a welcome addition to the already strong pace attack of KKR. With Cummins being unavailable we wanted to add experience and leadership to our bowling group and Southee is the ideal man for the job," McCullum told KKR website.

IPL franchises Royal Challengers Bangalore, Rajasthan Royals and Punjab Kings also announced the replacements in their respective squads for the remainder of the league's 14th season.

RCB brought in Sri Lanka's Wanindu Hasaranga as replacement for Australia's Adam Zampa. In the recent three-match T20I series against India in Sri Lanka, Hasaranga bagged a total of seven wickets, including a four-wicket haul in the final T20I.

Phillips has so far played 25 T20Is and has 506 runs against his name. He has scored a hundred and two half centuries and has a strike-rate of 149.70.

Ellis recently was in the limelight following his hat-trick on international debut against Bangladesh earlier this month. The right-arm pacer is also one of the reserve players in Australia's 2021 T20I World Cup squad. 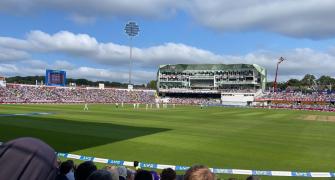 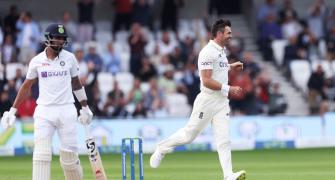 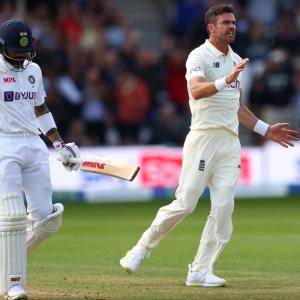 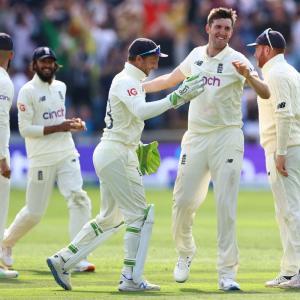