Invited to bat by SunRisers Hyderabad Skipper Kane Williamson, Lucknow Super Giants had a poor start to their outing at the D Y Patil stadium in Navi Mumbai on Monday.

Off-spinner Washington Sundar sent back dangerous batters Quinton de Kock and Evin Lewis cheaply to put LSG on the backfoot early in their innings. Manish Pandey hit a couple of big blows before his mistimed hoick had him caught at mid-on.

LSG had nothing to show for in the Powerplay overs with the scoreboard reading 32 for 3 in 6 overs.

Lucknow needed a miracle to claw their way back into the match. And that is exactly what took place once Deepak Hooda joined Captain K L Rahul in the middle.

The duo, who previously played for Punjab Kings, brought their experience and expertise to the fore in their rebuilding effort.

The batters saw off the first few overs, happy to rotate the strike as boundaries came at a premium. They gave young pacer Umran Malik, who was bowling at speeds of over 85 to 90-miles-an-hour in his first over, due respect.

But once Hooda settled down, both batters batted freely. From scoring just over 5-an-over in the Powerplay, the duo's flourishing partnership took LSG to 68 for 3 at the halfway stage.

With 10 overs to go, LSG were expected to make at least 130-140. While the batters were again content with rotating the strike, they played the waiting game well and once Umran was back in the attack he was sent to the cleaners by Hooda. In an attempt to bowl different lengths, he sometimes over-pitched or simply bowled short only to be treated with disdain.

Hooda then brought up his 50 before he got out to Romario Shepherd. Dropped by Bhuvaneshwar Kumar in the 9th over when he was on 14, he made the most of the reprieve.

Rahul, who brought up his half century in the same over, continued the attack unabated as he hit Sundar for a four and a six before taking singles off Bhuvi. Birthday boy T Natarajan then dismissed the LSG skipper for a well-made 68 off 50.

Hooda and Rahul's 87 run stand brought LSG back into the game, allowing Ayush Badoni and Jason Holder to go after the SRH bowling in the final over.

If it were not for Hooda's and Rahul's fighting 50s, LSG would not have had 169 to defend. 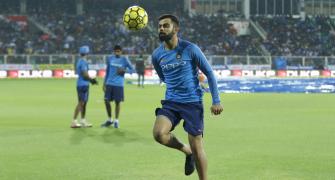 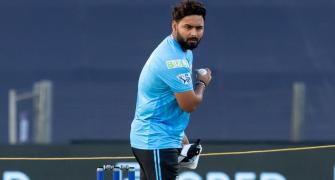 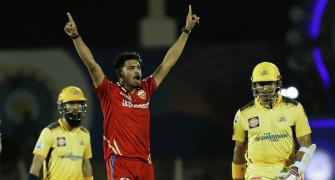 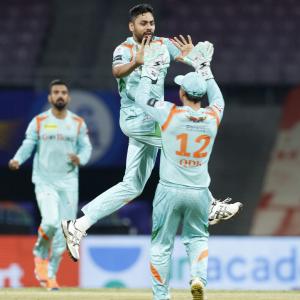 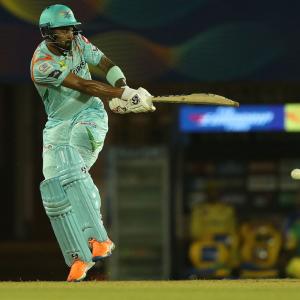