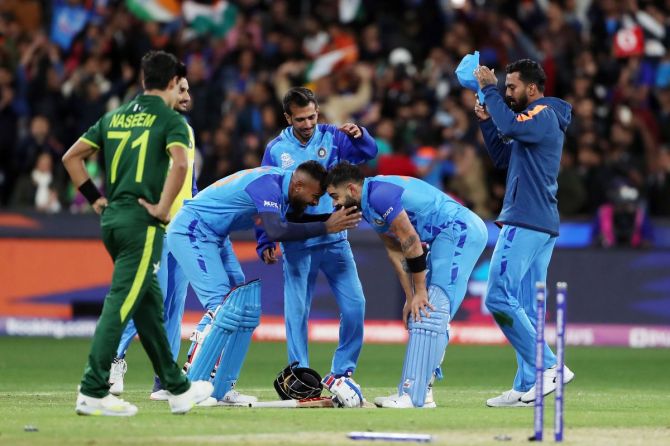 Chasing 160 to beat Pakistan in their Twenty20 World Cup opener in Melbourne, India needed 16 runs off the final over from Mohammad Nawaz, with batters Virat Kohli and Hardik Pandya at the crease.

Here's how the last over of the match unfolded:

Pandya (40) had struggled against spin and Pakistan drew first blood when the all-rounder attempted to smash Nawaz across the line on the leg side, only to miscue it on the off-side where captain Babar Azam pouched the catch.

New batsman Dinesh Karthik went on the front foot as soon as he got in and made contact with a full toss to take a single and hand the in-form Kohli the strike. 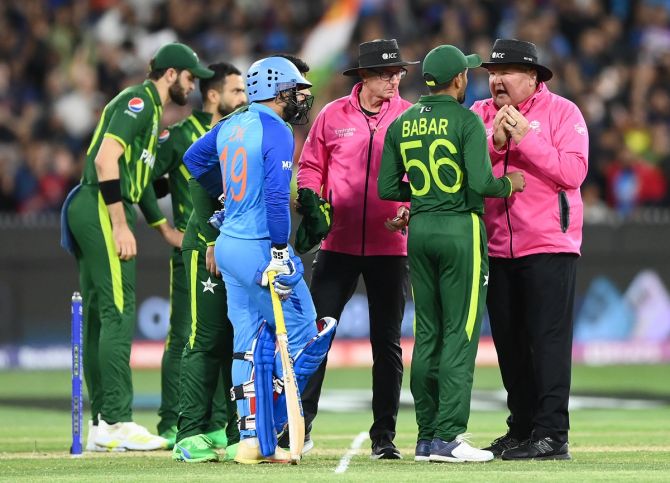 IMAGE: Babar Azam the captain of Pakistan speaks to the umpires after a no-ball decision in the last over of the ICC Men's T20 World Cup match at Melbourne Cricket Ground.  Photograph: Quinn Rooney/Getty Images

Kohli directs a yorker to long-on and takes two to keep the strike. Three balls, 13 required.

Nawaz's high full toss is smashed by Kohli over deep square leg, where the fielder on the ropes gets a hand to it but fails to keep the ball in play and it goes for six.

The umpire also calls a no-ball for height and his counterpart Marais Erasmus walks over from square leg to placate the Pakistani skipper, who was fuming over the call.

19.4 THE PRESSURE GETS TO NAWAZ

The bowler cannot keep his cool and he bowls a wide yorker - far too wide and the umpire signals a wide. 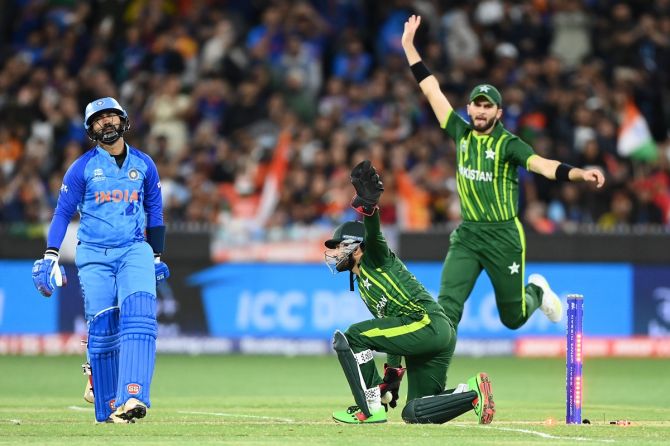 Kohli is castled as the ball strikes the off stump but he's already running to the non-striker's end as it is still a free hit. With the ball heading to third man, 37-year-old Karthik runs well between the wickets as they take three.

Karthik tries to make room for a shot but the ball hits his pad. Wicketkeeper Mohammad Rizwan is quick to react seeing his opposite number outside his crease, whipping the bails off to complete the stumping and handing Pakistan the advantage. 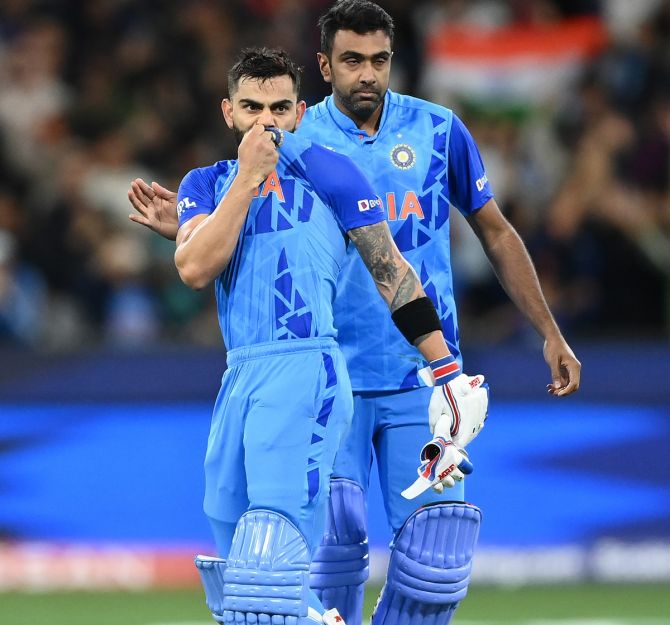 Kohli is stranded at the non-striker's end and the fate of the run chase is in Ravichandran Ashwin's hands - until the pressure gets to Nawaz again and he bowls a wide down the leg side that Ashwin gleefully leaves.

As Pakistan's fielders close in to stop the single and force a Super Over, Ashwin scoops the ball over the inner circle and runs to the other end with his arms raised as the Indian fans among the 90,000 at the Melbourne Cricket Ground erupt in joy.

India wins by four wickets and Kohli was adjudged the player of the match for his unbeaten knock of 82 under pressure, smashing six fours and four sixes.

© Copyright 2023 Reuters Limited. All rights reserved. Republication or redistribution of Reuters content, including by framing or similar means, is expressly prohibited without the prior written consent of Reuters. Reuters shall not be liable for any errors or delays in the content, or for any actions taken in reliance thereon.
Related News: India, Pakistan, T20, T20WorldCup22
COMMENT
Print this article 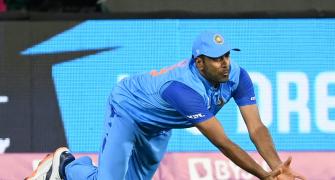 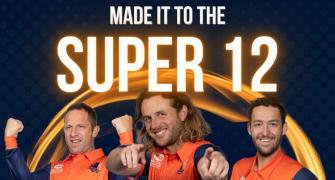 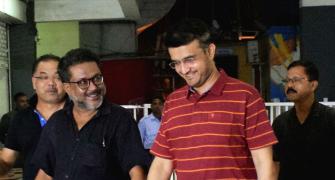 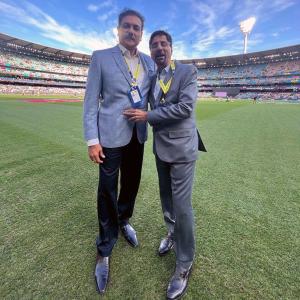 Shastri-Srikkanth At MCG After 37 Years 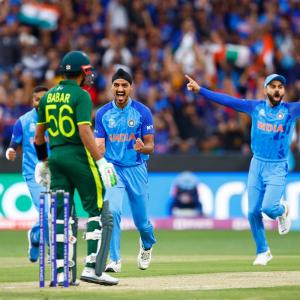