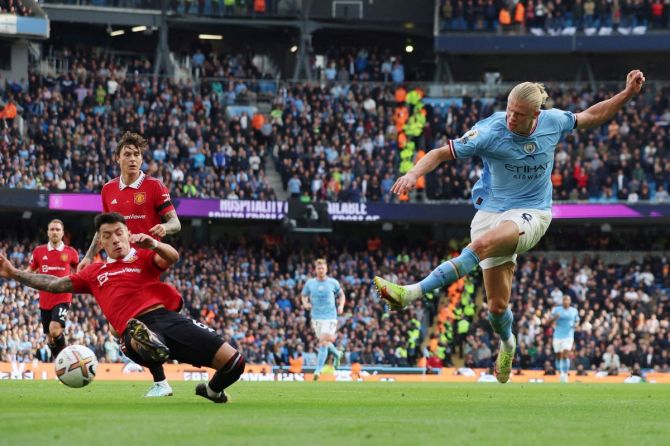 A preview of the English Premier League's weekend fixtures:

Southampton's nightmare when they visit Premier League champions Manchester City on Saturday will be none other than, Erling Haaland.

Unbeaten City have scored more goals than any team in Europe's leading five leagues this season and will go top if they win or draw, with leaders Arsenal hosting Liverpool on Sunday only a point clear with an inferior goal difference.

Haaland contributed 14 of those 29 league goals, with hat-tricks in his last three home matches.

The 22-year-old striker might have had another treble in Wednesday's 5-0 Champions League demolition of FC Copenhagen, but manager Pep Guardiola took him off at halftime after he scored twice, taking his tally to 19 goals from 11 games for City.

Worryingly for Southampton, the Spaniard said he wanted to save Haaland for Saturday.

"If the game had been tight, Erling would have continued, but it is better to rest and think of Southampton, a team we were unable to beat last season," Guardiola told reporters.

Hasenhuttl is seemingly on borrowed time, not for the first time in his tenure, with the south coast club in 16th place on seven points after four defeats in their last five games.

City will be without defender Kyle Walker, who undewent groin surgery this week, while Southampton have no major injury worries.

Leicester City, who thrashed Nottingham Forest 4-0 on Monday for their first league win of the season, hope to push on upwards when they travel to Bournemouth on Saturday.

Eddie Howe's Magpies, coming off a 2-0 win over Fulham, must gear up to face a Brentford side who are proving to be difficult to predict.

Brighton & Hove Albion, in fourth place, will play host to Spurs, who are just above them on the table, in Saturday's late game.

Patrick Vieira who experimented against Chelsea last time out may continue to adapt his central midfield trio against Leeds United, who sit just three points clear of Palace after seven games apiece.

Fulham who stand eighth will look to improve their head-to-head going into this match with West Ham, who are currently fifteenth.

Everton will be looking to record their third consecutive league win on Sunday, building on their 2-1 triumph at Southampton and the fact that they face a United side wounded by a 6-3 humbling at Manchester City.

It's going to be an uphill battle if Nottingham Forest languishing at the bottom, try to break their losing streak against Aston Villa, six places above them. 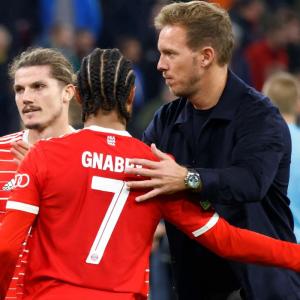