Derby drubbing by City is a reality check for United, says Ten Hag Manchester United were handed a reality check in their 6-3 thrashing at Manchester City, but are ready to bounce back after learning a lesson, manager Erik ten Hag said ahead of Thursday's Europa League group stage game at Omonia Nicosia.

United had a run of four successive league wins under Ten Hag but were brought back to earth, after a humbling loss against Pep Guardiola's City.

"It was a reality check, and we have to learn from it and carry on. It was a difficult day. You respect the opponent, but we will stick to our philosophy and principles." Ten Hag told reporters on Wednesday.

"You will have setbacks. We beat Arsenal, we beat Liverpool. On Sunday, we had a bad day at the office. City were better, we have to accept that. But we can't accept our unacceptable performance. So thank you for the lesson, Pep and City. We have to understand, we have to do things much better."

Ten Hag refuted suggestions of any connection between Cristiano Ronaldo not being called on in the Manchester derby and the Portuguese forward's future at the club.

Ronaldo's second spell at United has seen him start in only one league game this season, amid rumours of a move away during the summer transfer window, but Ten Hag said he remains committed to the club.

"I don't see he is unhappy. He is training well and enjoying being here.
"He's not happy that he wasn't playing Sunday, don't get me wrong. Of course, he wants to play and he's pissed off when he's not playing."

United have begun their Europa League campaign with a win and a defeat in their first two Group E games. They are second with three points, three behind leaders Real Sociedad, while Omonia are bottom and yet to pick up a point.

Ten Hag's side will be without centre-back Raphael Varane on Thursday's trip to Cyprus due to an ankle injury sustained in Sunday's loss to City. Captain Harry Maguire, Aaron Wan-Bissaka and Donny van de Beek are also unavailable.

© Copyright 2022 Reuters Limited. All rights reserved. Republication or redistribution of Reuters content, including by framing or similar means, is expressly prohibited without the prior written consent of Reuters. Reuters shall not be liable for any errors or delays in the content, or for any actions taken in reliance thereon.
Related News: Pep, TenHag, Manchester, EuropaLeague, ManCity
COMMENT
Print this article 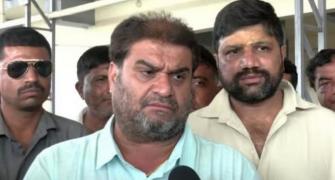 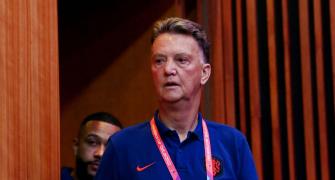