The trial of French football stars Franck Ribery and Karim Benzema over claims they paid for sex with an underage call girl was adjourned for procedural reasons on Tuesday until 2014. 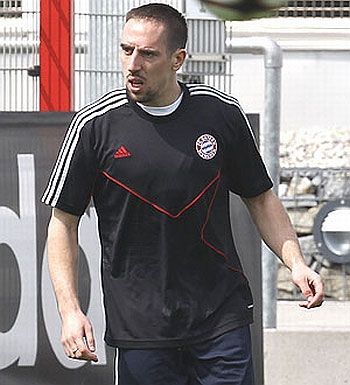 Benzema, a Real Madrid striker, and Ribery, a Bayern Munich winger, are to be tried on charges of paying Zahia Dehar, a prostitute-turned-fashion muse, for sex in 2008 and 2009, when she was only 16, then 17 years old. Neither footballer showed up in court on Tuesday.

The pair, both players in France's national squad, have been under investigation since 2010 over the affair. They risk up to three years in jail and fines of 45,000 euros if found guilty of soliciting the services of an underage prostitute.

At Tuesday's hearing, Ribery's lawyer asked the Paris court to seize the Constitutional Council to interpret a clause in the penal code that forbids soliciting underage prostitutes. He argued that it was too vague to be used against his client.

The court found his objection serious enough to adjourn the trial until January 20, 2014, allowing time for the issue to be put to a higher court and possibly passed to the supreme court.

In France, paying for sex is not illegal but underage prostitution is, along with pimping.

Ribery and Benzema's lawyers had called for the case to be dropped, saying their clients did not know Dehar was a minor.

According to court documents, the Algerian-born Dehar became a prostitute around 15 or 16 but would tell clients she was 18.

Known for her ample curves and a mane of peroxide blonde hair, the case has won her fame and a new career as a protegee of designer Karl Lagerfeld, under whose guidance she has launched a lingerie line. She did not attend Tuesday's hearing.

Ribery's lawyer welcomed the trial's adjournment but Benzema's lawyer said the wait was "painful" for his client.

© Copyright 2022 Reuters Limited. All rights reserved. Republication or redistribution of Reuters content, including by framing or similar means, is expressly prohibited without the prior written consent of Reuters. Reuters shall not be liable for any errors or delays in the content, or for any actions taken in reliance thereon.
Related News: Bayern Munich, French, France, Zahia Dehar, Karl Lagerfeld
COMMENT
Print this article