PHF 'not interested' in bidding for Champions Trophy hosting rights

The Pakistan Hockey Federation will not bid for the hosting rights of the Champions Trophy, which was shifted from India due to the administrative row over the governance of the game there.

"We have no intention of participating in this late bid for the Champions Trophy," PHF secretary Asif Bajwa said.

He said the PHF was not in a position financially to host such a big event in existing circumstances.

The PHF secretary said the PHF had originally got the opportunity to host the Asian Champions Trophy but declined because of financial issues.

"The reality is that even if we think about hosting the tournament, participating teams will continue to have security issues about playing in Pakistan in such a high profile event," Bajwa said.

He said the PHF was keener on hosting a four-nation international tournament in Pakistan.

"That is the way forward for us and we are working on this plan and we are also trying to convince the FIH (International Hockey Federation) to support us in this regard," he added.

Bajwa declined to comment on the FIH's decision to take away the Champions Trophy from India.

"Look it is an internal issue of the Indian hockey people. We wouldn't like to make any comments but obviously we would like to see this issue resolved and India hosting events again because it is good for Asia," he said.

Bajwa said the PHF was also continuing its efforts to hold a bilateral series with India at a neutral venue. 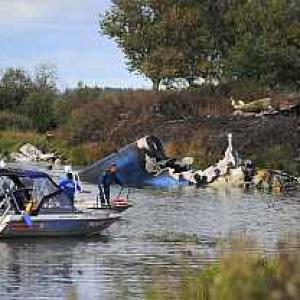