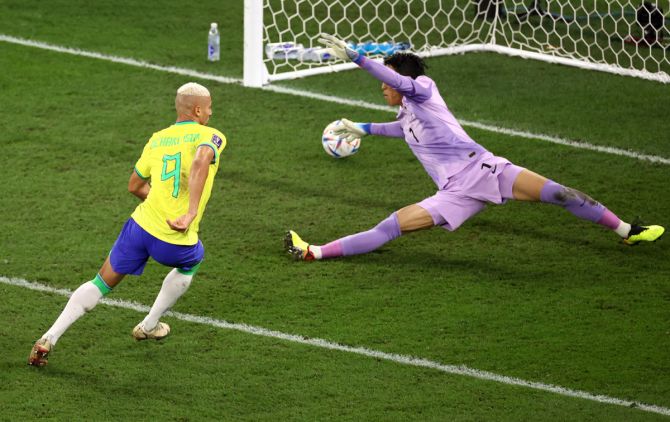 Brazil produced a footballing masterclass as they hammered South Korea 4-1 in their World Cup last-16 match that brought back sweet memories for fans around the world who have been waiting for the return of Brazilian swagger on the pitch.

Animated by a soundtrack of samba drums and rhythmic dancing cascading down from the stands of the 974 Stadium, Brazil enjoyed themselves while toying with a team that had progressed at the expense of Ghana and Uruguay and had beaten Portugal.

In fact, the Koreans have goalkeeper Kim Seung-gyu to thank that Brazil did not rack up a double-digit scoreline. Back from an ankle injury, Neymar was the leader of team formed by coach Tite, a manager who made his career playing conservative football but left behind his defensive background to allow a new generation of talent to flourish.

He was questioned for bringing nine forwards to Qatar and raised eyebrows when selecting a quintet of players committed to attacking football in Lucas Paqueta, Neymar, Vinicius Jr, Raphinha and Richarlison. 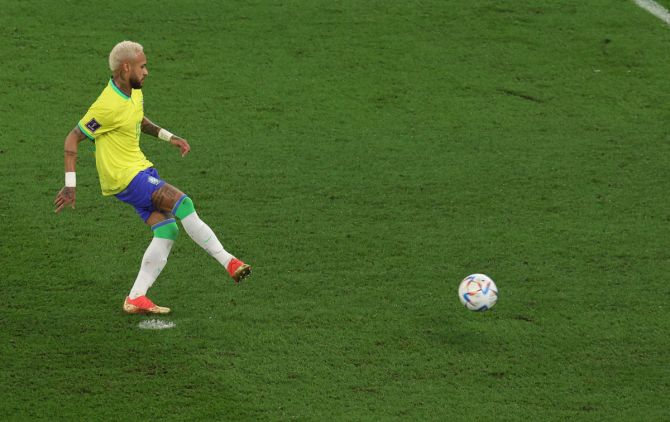 His courage paid off, with his side playing in a way reminiscent of the 1970 and 1982 Brazil teams that captured the hearts of football fans all across the world.

Brazil spread the ball beautifully with a plethora of one-touch passing combinations that cornered the South Koreans who had no plan to defend against so much talent. 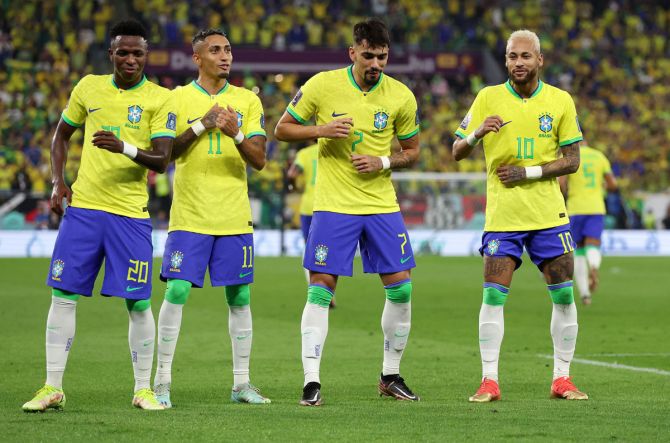 Vinicius continues to evolve as Brazil's new superstar in the making, maturing and growing in confidence with every game and helping Neymar carry the hopes of a nation.

The 22-year-old jet-heeled winger, who was already a nightmare for any defence with his sprints and dribbling skills, is starting to develop an eye for goal. 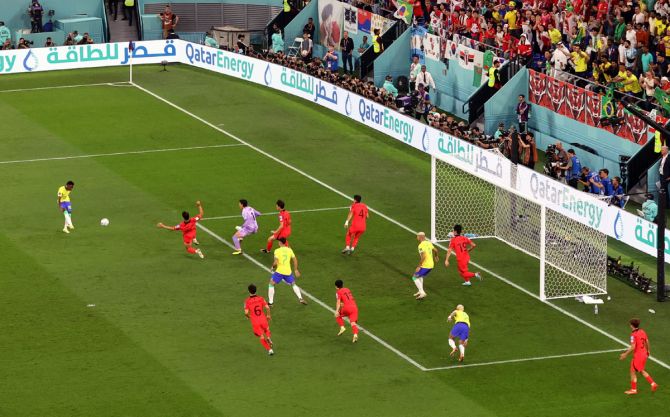 He put Brazil in the lead with a magnificent curled strike into the upper left corner, taking his time to aim his shot over the goalkeeper and four defenders who were crowding the area in front of him.

He later dinked a beautiful cross for Paqueta to score Brazil's fourth, showing a control and vision that only special players possess. 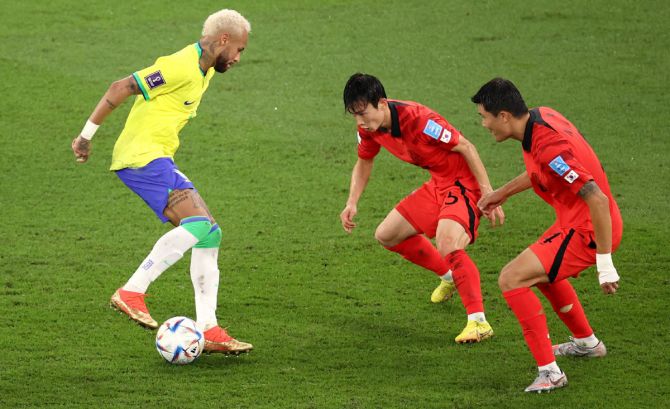 IMAGE: Back from an ankle injury, Neymar was the leader of team formed by coach Tite. Photograph: Robert Cianflone/Getty Images

It was a needed win for Brazil after arriving in Qatar with the pressure of being the tournament favourites and were drawn in a tough Group G that included Switzerland and Serbia, defensive teams that play a style that always challenges Tite.

Brazil played well in hard-fought wins against the Serbians and the Swiss, results that gave them the privilege of playing their fringe players in the last group stage match against Cameroon, with their ticket already booked to the knockouts. IMAGE: Lucas Paqueta got in on the act, firing home in the 36th minute to make it 4-0 for Brazil. Photograph: Robert Cianflone/Getty Images

Losing 1-0 to Cameroon sparked some criticism, but once again Tite was proven right, with his starters fresh and hungry to show the world what they are capable of when the stakes are raised.

Playing attacking football like South Korea tried against this brilliant Brazilian team looks like sporting suicide. Croatia will have to make a tough choice as they prepare to face Brazil in Friday's quarter-final. 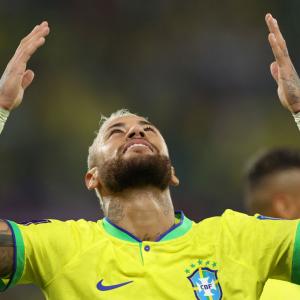 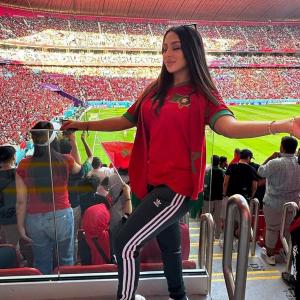