An unwanted World Cup record was set when Referee Antonio Mateu brandished 16 yellow cards in the Argentina-Netherlands game on Friday.

In a highly ill-tempered game, players from both teams threw challenges, pushed and shoved each other, culminating in 48 fouls!

There were two instances of flying tempers, once in the 89th minute when Argentina's Leandro Paredes was involved in a bad challenge against a Dutch player right in front of The Netherlands bench.

Captain Virgil van Dyke, who was substituted by that time, lead something that resembled a mini-riot, forcing the umpire to flash his card in the face of every player who caught his eye.

After the match, while Argentina were celebrating their 4-3 win on penalties, another brawl took place in the stadium as some Dutch players clashed with their Argentine rivals.

Eventually, a total of 16 yellow cards were shown throughout the contest. Dutch wingback Denzel Dumfries was sent off after the final whistle for his part in the final brawl.

The previous record for most yellow cards was in the 2006 World Cup in Germany, when The Netherlands took on Portugal in the Round of 16. That match, nicknamed the 'Battle of Nuremberg,' saw 16 yellow cards handed out and four red cards.

Four years later, the final between The Netherlands and Spain saw 14 yellow cards. 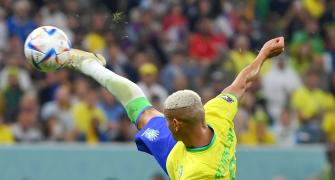 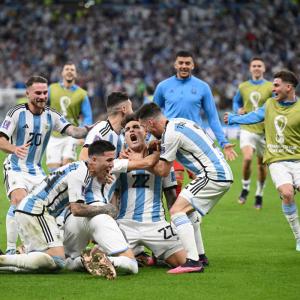