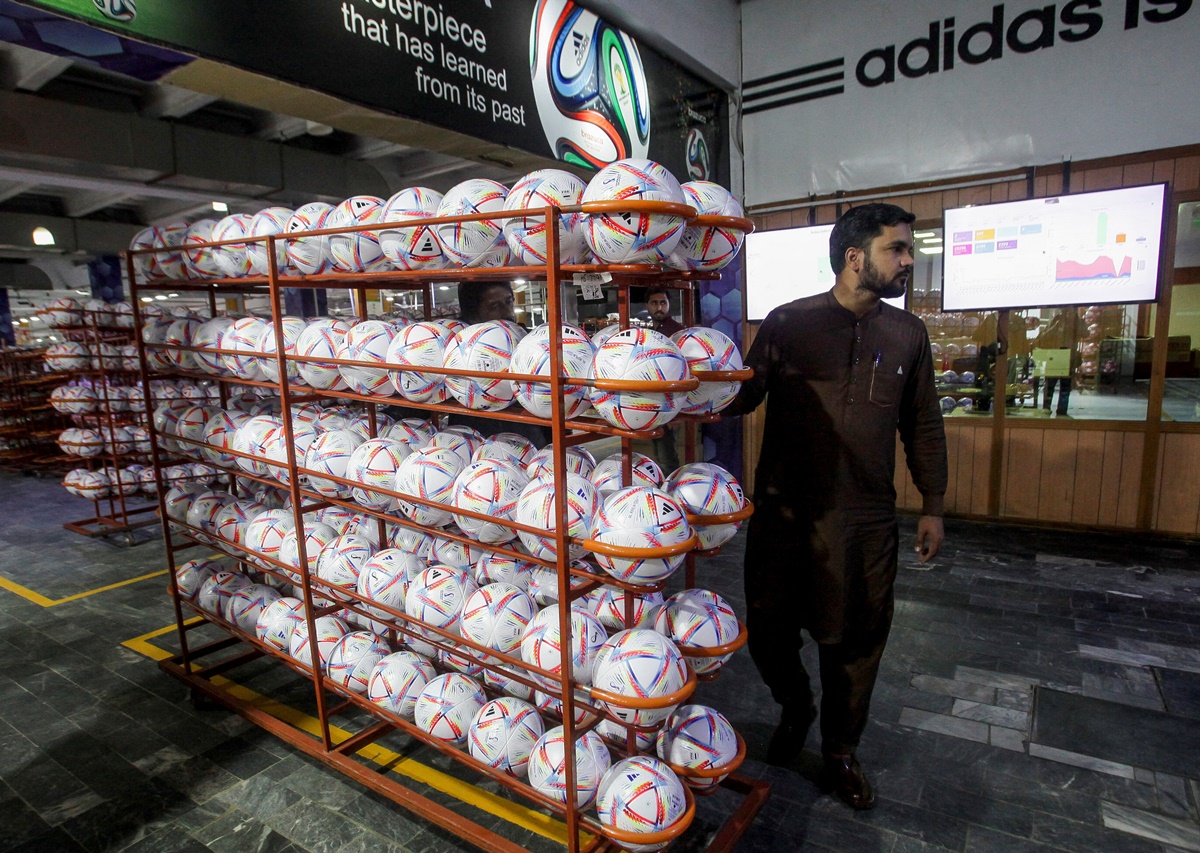 IMAGE: A worker moves a lot of finished balls out of the production area inside the soccer ball factory, in Sialkot, Pakistan. Photograph: Mohsin Raza/Reuters

Even though it is a cricket-mad nation, Pakistan is playing a big part in the soccer World Cup by making the balls used on the training fields in Qatar and the replicas sold to fans worldwide.

Forward Sports, a multinational sports equipment company in the northeastern city of Sialkot, has been working with Adidas AG for almost 20 years. It is one two manufacturers of Adidas' Al Rihla, the official World Cup ball. 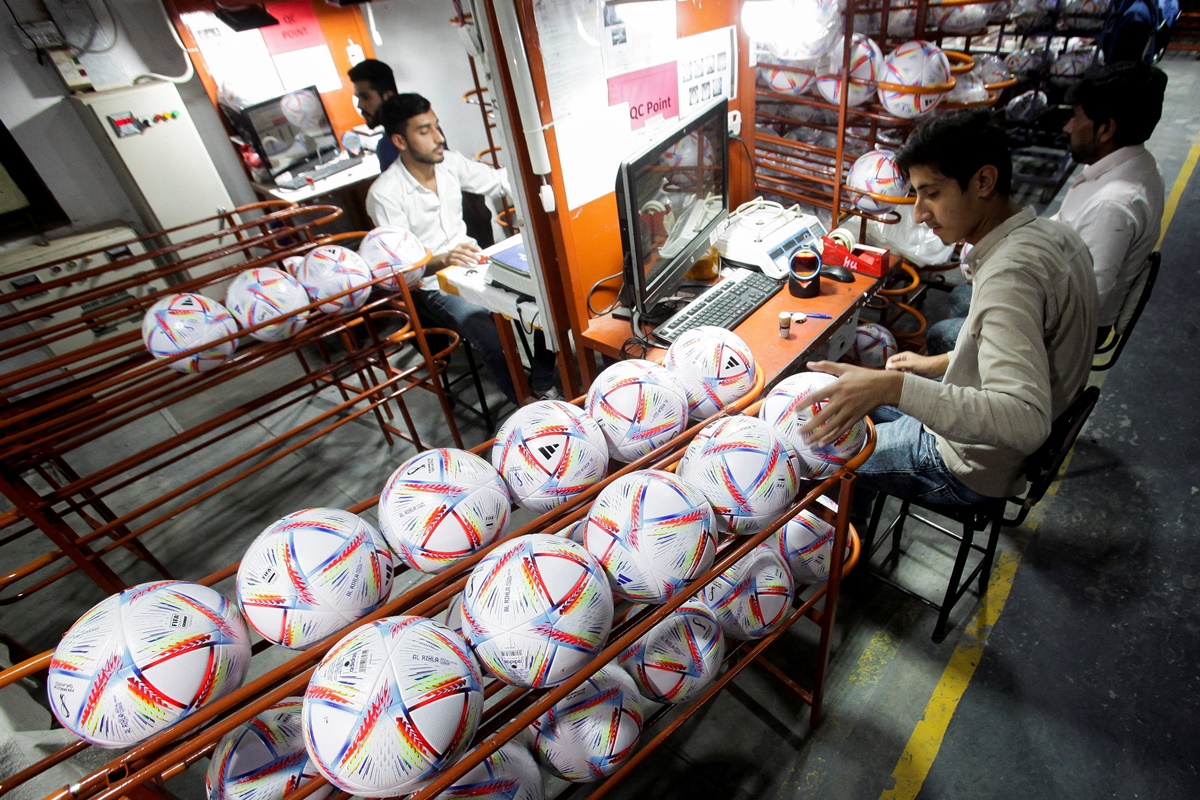 Forward Sports Director Hassan Masood Khawaja said his company had made 5.5 million Al Rihla balls, including 60,000 high-quality replicas of the balls used in matches, only without the real-time technology helping referees with offside and line calls.

They are used by the teams as they train in Qatar, and sold as a premium product to football enthusiasts across the globe, with the rest sold as lower-priced leisure and souvenir balls. The match balls are made in China. Adidas declined to identify the manufacturer.

For the company, the contract is a source of pride.

"More than business, it is a matter of prestige and honour for us to make the World Cup ball," Khawaja said. 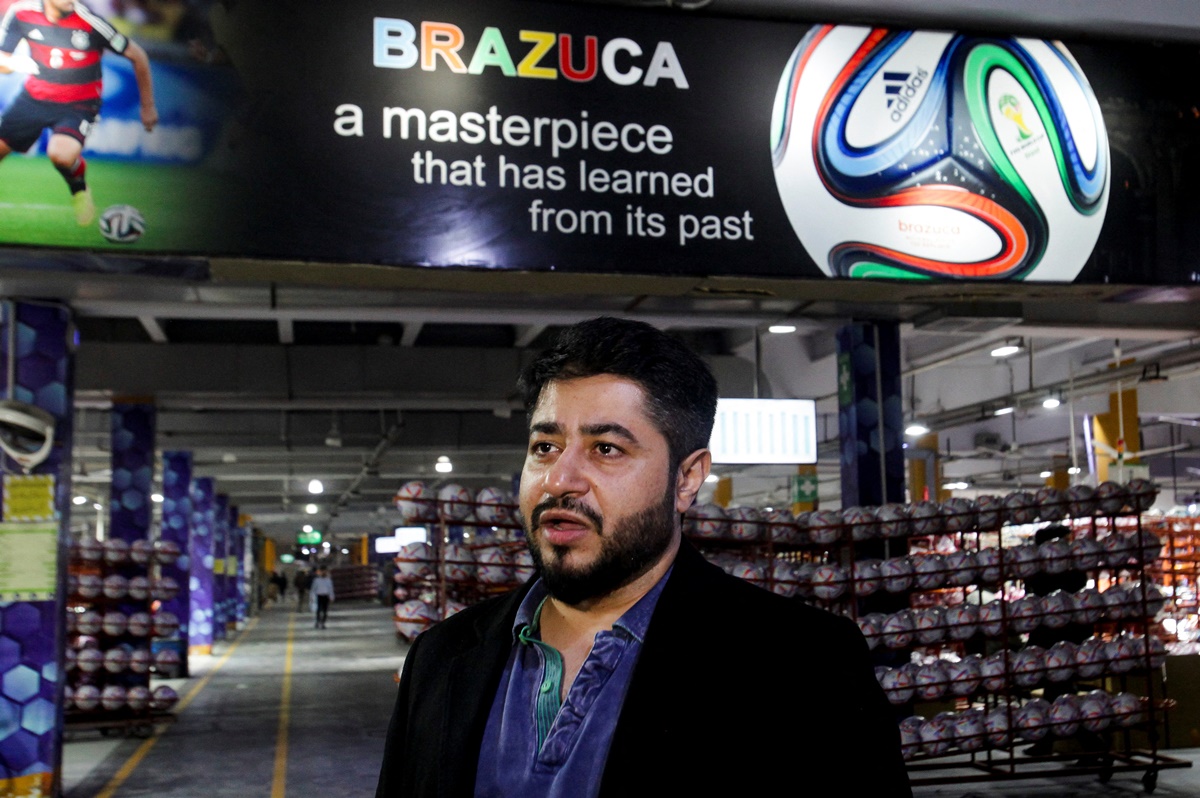 While soccer is popular among fans, the national side is ranked 194 out of 211 countries by FIFA. Cricket reigns supreme.

Sialkot has a rich history of making soccer balls and other sporting equipment dating back to colonial times.

Pakistan remains one of the world's biggest manufacturers of soccer balls, along with China and India. The local chamber of commerce said more than 43 million balls valued at $191 million were made in Sialkot in the 2021/22 financial year.

About 8% of Sialkot's population of around 1 million people work in the industry, but many say they have little time to actually see their product in action.

"We work all day," said Forward Sports quality control inspector Amna, when asked if she watched soccer. "At night, when we go home, we need to rest."