IMAGE: P V Sindhu scored a dominant victory over Pakistan's Mahoor Shahzad in the women's singles as India completed a 5-0 sweep in their mixed team campaign opener at the 22nd Commonwealth Games in Birmingham on Friday. Photograph: Hannah Mckay/Reuters

India made mincemeat of Pakistan, winning 5-0, in a lop-sided mixed team event match, while the women's hockey team blanked minnows Ghana 5-0 on the opening day of the 2022 Commonwealth Games in Birmingham on Friday.

However, there was disappointment for the women's cricket team as it went down to Australia by three wickets.

Swimmer Srihari Nataraj clocked 54.68s to qualify for the semi-finals of the men's 100 metres backstroke event.

The 21-year-old from Bengaluru was the third fastest swimmer in his heat and fifth fastest overall.

Ace boxer Shiva Thapa outclassed Pakistan's Suleman Baloch in the first round of the 63.5kg category.

Later, the women crushed Fiji 3-0 in their second group match while the men had it as easy against Singapore.

A look at how India's athletes fared on Day 1 at the 2022 Commonwealth Games:

Lawn Bowls
Tania lost her first match in the women’s singles to Daphne of Falkland Islands 20-21.
In the men's team event India lost to Scotland in men’s triple sectional play 12-19. 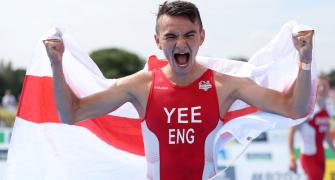 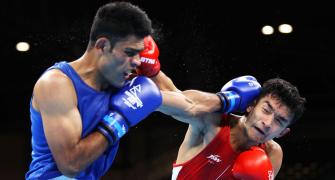 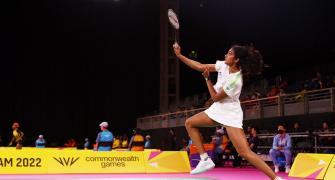 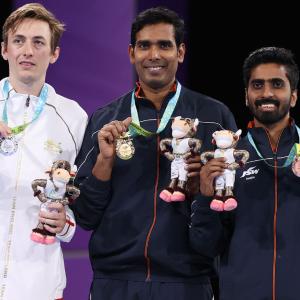 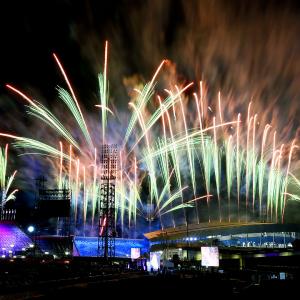