Halebidu and Amruthapura in Karnatka; Mumbai's CST station and more... 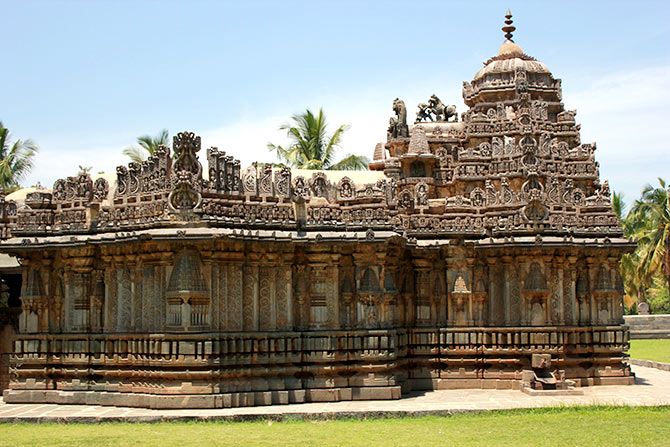 Sudha Murty has a deep respect for India's history and heritage.

As well as a deep sense of sorrow at how this extensive heritage is being neglected to the point of destruction.

India, she believes, has a glorious legacy and she had found something to admire at almost every place she has visited in the country.

She was dismayed at the negligence she saw at the ancient Somanatha temple in Karnataka's Gadang district and, through the Infosys Foundation, had the beautiful structure renovated with the help of archaeologists at a cost of Rs 4.5 crores in 2015.

She tells Savera R Someshwar that she tries to visit India's beautiful monuments whenever she has the time and gives her recommendations for Rediff.com readers. 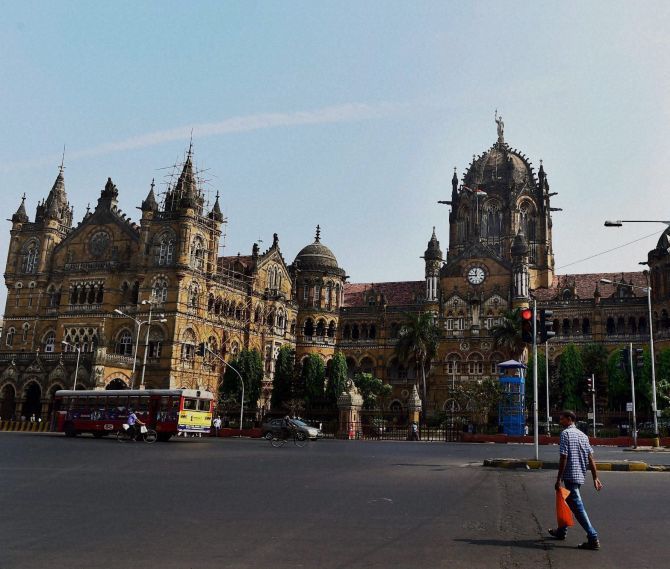 If you really want to talk about India's treasures, there's one I visited recently, when I was in Mumbai.

I went to see VT (earlier known as Victoria Terminus, it was so named to honour the golden jubilee of Queen Victoria's reign; it was renamed Chhattrapati Shivaji Terminus in 1996) station and what a lovely treasure it is, but not the way it is now though. It needs to be maintained well.

(CST, a UNESCO world heritage site, is built in the Gothic Revival style.)

I wonder if the people of Mumbai even notice it. They just run to VT to catch a train to Thane or Kalyan (on the outskirts of Mumbai) or an outstation (long distance) train.

They have no time to admire its beauty.

It reminds you of the (St Pancras) station in London. It is such a lovely heritage structure but, sadly, it is not well maintained.

Given a chance, I would like to retain it as it once was and not see it used as an office.

You have such great treasures in Bombay (Mumbai) but you are not bothered about maintaining it at all.

Look at your General Post Office (located near CST, it is an eye-catching example of Indo-Saracenic architecture).

Look at your Bombay Municipal Corporation building or, as you call it now, the BrihanMumbai Mahanagar Palika (a grade IIA heritage building located opposite CST; it is designed in the Gothic style).

SEE: Sudha Murty on the great architecture of the CST station in Mumbai. Video: Afsar Dayatar/Rediff.com

I have travelled so much, but there are two places in my home state, Karnataka, that I would like people to see.

One, of course, is Halebidu, near Belur (in Hassan district). It is well known and a popular tourist destination.

(Halebidu can be literally translated as 'old city'. It was the capital of the Hoysala empire and is home to wonderful examples of Hoysala style architecture, including the Hoysaleshwara and Kedareshwara temples as well as the Parshvanatha Basadi, the Shantinatha Basadi and the Adinatha Basadi. Information source: Wikipedia) 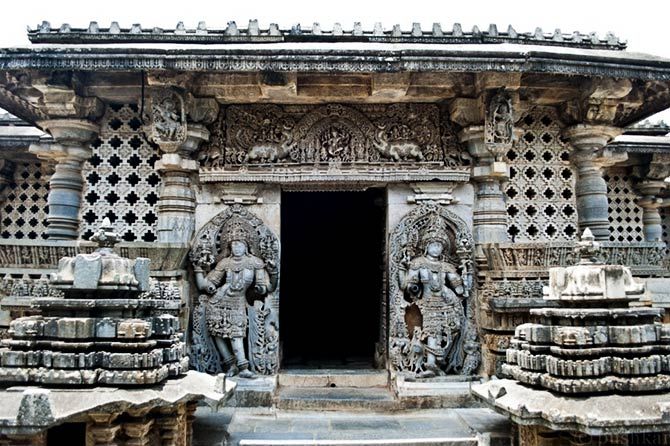 But, according to me, Amruthapura -- which is near a place called Arsikere (in Hassan district) -- is better than Halebidu.

(The Amrutesvara temple, which was built in 1196 CE, is located in Amruthapura village, which is about 67 km from Chikmagalur. The highlights of the temple, an excellent example of Hoysala architecture, are the open mantapa, the lathe turned pillars and 140 panel sculptures the feature scenes from the Indian epics. Information source: Wikipedia)

Most people have not even heard about this place. 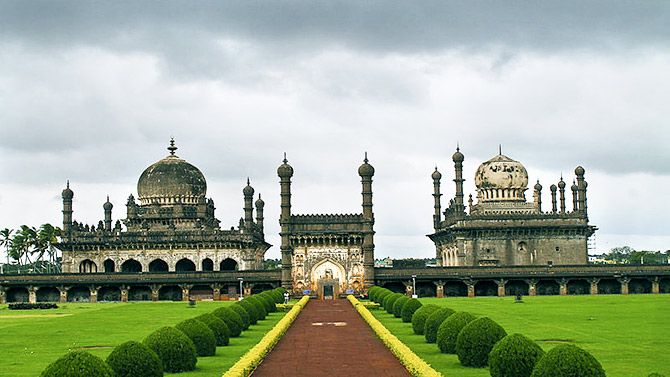 Then there is Bijapur (now known as Vijayapura, also in Karnataka), which I feel that everyone -- especially those who are interested in history -- must visit.

(The city, at various times, has been ruled by the Chalukyas, the Rastrakutas, the Kalachuris, the Hoysalas, the Devagiri Yadavas, the Khilji Sultanate, the Bahmani Sultanate, the Mughals and the Marathas. The Gol Gumbaz, the tomb of Ibrahim Adil Shah II, the King Edward VII memorial, the Malik-e-Maidan, the Ulpi Buruj, the Chand Bawdi, the Asar and Gagan Mahals, the Jama Masjid and the NarasimhaTemple are just the tip of the historical attractions that Bijapur offers. Information source: Wikipedia)

I want to add one more name to this list, and that is Deogarh in Uttar Pradesh. This recommendation is for me as well, since I have not visited it as yet, but I have heard is unusually beautiful. 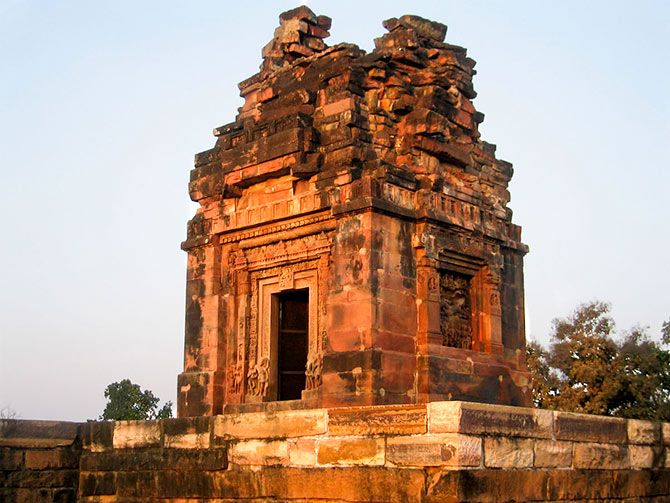 (Deogarh is home to the stunning Dashavatara temple, dedicated to Lord Vishnu and built in the elaborate early Gupta style of architecture in 500 CE. Various forms of Lord Vishnu are carved into the temple’s inner and outer walls. The fort on the nearby hill -- which has wall frescoes of Jain-related images -- also hosts a number of Jain temples, some of which date back to the eighth or ninth century.
Besides these, the Nahar Ghat, the Rajghat and the Siddh ki Ghufa ghat are also protected by the Archaeological Survey Of India. Information source: Wikipedia) 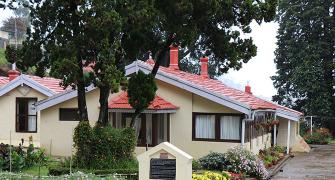 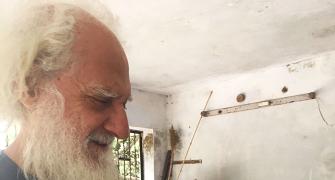 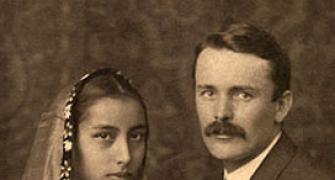