News
Business
Movies
Sports
Cricket
Get Ahead
Money Tips
Shopping
Sign in  |  Create a Rediffmail account
Rediff.com  » News » How My Life Changed After Article 370 was annulled

A young Kashmiri, who does not want to reveal his identity, and who travelled out of Kashmir after Article 370 was annulled, speaks to fellow Indians as Kashmir remains without Internet, mobile phones and under movement restriction for 36 days. 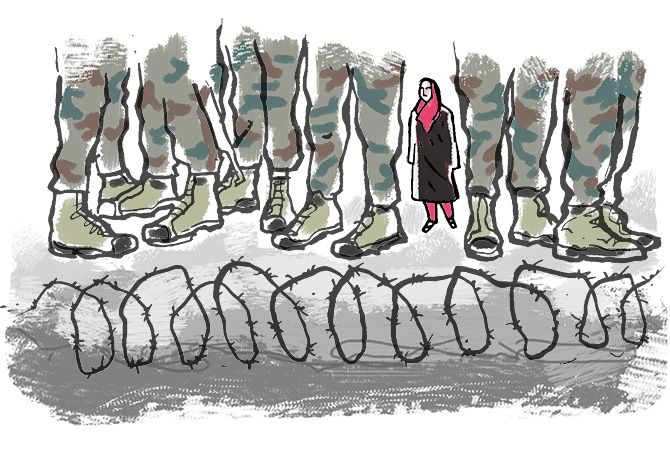 'Our basic right snatched away from us'

Communication is such a basic fundamental human right. This basic right was snatched away from us.

I hope Amit Shah's assurance that telecommunications will be restored in 20-25 days actually happens.

Earlier when this clampdown was put in place, I did not expect it to continue more than 2-3 days because this is so inhuman and humiliating.

I did not think it would be tolerated and that the people of India would really rise up and there would be a narrative against it.

But because, broadly speaking, I don't see people standing up against what is happening in Kashmir, I feel this clampdown can exist as long as the government wants it do.

The ball is in their court. They can keep it for one month, two months or one year, I don't think there will be much resistance to it.

There could be some international media pressure, but I don't think the Government of India is weak enough to bow to that.

'Life has come to a complete halt'

I am living a life I am not used to living. I am constantly worrying about the well being of my parents, and relatives who are in the clampdown.

It is not just a communication clampdown, it affects everything else.

The economic activity of Kashmir is shut. People are unable to earn a living, students are unable to study. It is a very abnormal situation.

I know it is temporary and eventually day-to-day activity will be restored.

It was extremely difficult and dangerous to leave Srinagar. I left Srinagar a few days after Article 370 was annulled.

The security forces -- I think it was the CRPF -- were not allowing us to leave because I had no air ticket. I had to plead with them and told them that I did not have an air ticket to show because there was no Internet to do online booking.

I explained the situation to them a couple of time and then they allowed me. This happened at 4-5 places before I reached the airport.

In Kashmir in normal circumstances also, you have to show the ticket 1-2 km before you reach the airport. Since I didn't have a ticket, I was stopped there as well.

I was asked for multiple ID cards, was scolded, accused of falsifying documents, but I did not protest because I knew that person had a lot of power over me.

Eventually, I was let through. I had to buy a dynamically priced ticket which was very expensive. But nonetheless I bought it because I had to get out.

'Within Kashmir there is no communication'

I wasn't in touch with my parents for a very long time. After a few weeks a few landlines were restored but because our home does not have a landline I was not able to get in touch with them.

When landlines were restored my father managed to reach a place that had a functioning land line and called me. Since then I have been able to be in touch with them every 5-6 days.

The situation is very grim. It is more uncertain. In some cases, I end up knowing more about the situation than my parents because on the ground, people don't know much.

They only know the situation in their immediate neighbourhood because within Kashmir there is no communication.

At least people who are outside Kashmir are able to read the news, I mean credible news, not propaganda news and get a fairer picture of what is happening on the ground.

Internet and mobile shutdown always affects students. It is not the first time and, of course, it is not the last time. This kind of environment makes it difficult for them study, wastes their time and jeorpardises their careers as well.

September 3 was the last day for registration for the upcoming SAT examination. Many students could not register so they will not take the test and hence will not be able to apply in the early and first round of applications, so they have wasted a year.

Work has suffered in Kashmir for everyone, in every sector. Maybe the agriculture sector is not that affected, but they would also have difficulty in organising labourers for their jobs on the field.

'The youth feels it has no support from people across India'

The young people are very angry, dejected and feel humiliated by the Government of India. They feel they don't have any support across India from the people of India. Not a significant number of people are voicing their concern.

Given all this, anything can happen.

There can be protests for a few days, months. but eventually people tire of protesting and life will go on, but it will be very difficult for this generation to be convinced that they have a future of dignity with India and that is the biggest challenge right now. 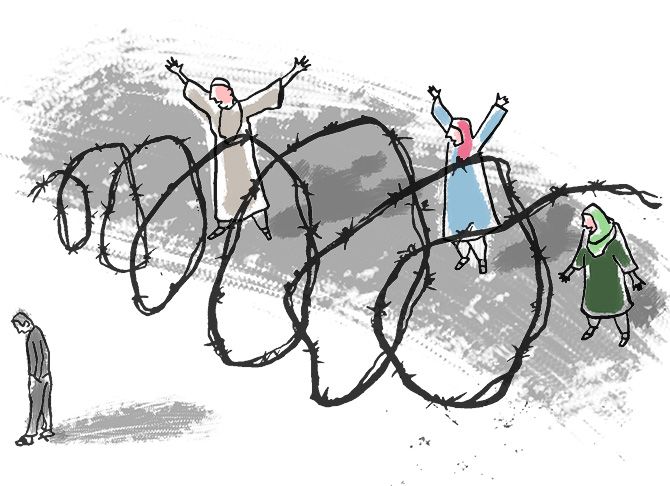 'Sub humans who need to be caged'

Young people are very angry. More than anger they feel more humiliated. They have been attacked at a point they have never been before. There have been incidents of mass uprising in 2016, 2010, 2009, but this year there was none.

There was no killing of a Burhan Wani, people were going about their normal lives and the next day they were told that you need to be in your houses, your phones need to be disconnected because we don't trust you with something that is good for you.

That is something that is beyond humiliating. It is as if they are no longer dealing with humans, but sub humans who need to be caged for their own good.

The feeling this time is much stronger, it is subtle as well and I don't know how it will manifest itself in the long term.

'I don't see more number of people taking to violence'

Intelligent people may now feel completely dejected and betrayed by the Government of India and in many cases, the people of India as well.

That is my biggest fear and that is the biggest implication of this.

I foresee more and more focussing on their education and trying to lead a better life outside the country, trying to empower them and waiting for the right moment.

So now it is just about waiting for their time, that time could come 5, 10, 50, 100 years from now. Now it is about empowering themselves.

'People invest for profit; not for nationalism'

Government has always bought land for development in Kashmir. I am aware that the Indian Railways has a lot of land in Kashmir. There are an IIM and an IIT in Jammu, there are national institutes in Kashmir, AIIMS is coming up, there are central government offices in Kashmir and public sector units.

I don't think that was ever a hassle, it was happening in the past and will continue to happen. I don't see that being stopped or increased in its pace.

Buying land is an emotive issue because Kashmiris think of that as an intention for demographic change of a Muslim majority state. But till it plays out I don't see how that will happen.

I don't see individuals buying property in Kashmir because despite the present narrative and the misogynistic content on social media of marrying Kashmiri girls, very few in India marry outside their caste or religion.

Even Kashmiris who have reasonable amount of money don't buy their second or third property in Kashmir. They would rather in Jammu, Delhi, Chandigarh or Pune because those are stable markets and people want property to appreciate in value.

Just because Article 370 has gone does not mean people will invest in J&K. People invest for profit; they don't invest because of nationalistic reasons. 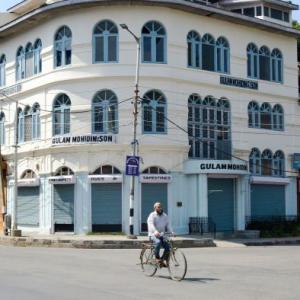