News
Business
Movies
Sports
Cricket
Get Ahead
Money Tips
Shopping
Sign in  |  Create a Rediffmail account
Rediff.com  » News » What does Modi want to do in Kashmir?

'The government can do many things to improve the situation in Kashmir.' A young Kashmiri, who wants to remain anonymous, wonders what the future of Kashmir will be.

Revoking Article 370 doesn't upset me. What upsets me is that very few in India are speaking up against the human rights violations in Kashmir.

The policy of the Indian State towards Kashmir is uniform. Unless that does not change, all these technicalities of it being converted to a Union territory, whether it will have a lieutenant governor, or a governor or President's Rule -- all these issues do not matter.

Very few are speaking against the way it (abrogation of Article 370) was done. Extremely few are standing up to the government and telling them what it did was wrong.

More people are happy and are supporting the Government of India with their actions.

That is the only thing that disappoints me; other than that everything else is a technicality.

If Omar Abdullah and Mehbooba Mufti agree to the BJP, I don't think it's the end of them. One of them could end up being the next CM if they agree to the terms and conditions of the central government.

If they do not agree, then there would be some other leadership. There could some significant leadership emerging from Jammu and the next CM could be from there because of the delimitation that the BJP might do in Jammu.

Whosoever cooperates with the national government will be the leader, whoever doesn't, their careers will be finished.

Before the arrest of Mehbooba Mufti and Omar Abdullah there was a massive propaganda against them about how corrupt they were. Broadly, speaking politicians in the entire country are corrupt, and they were just like any other politician.

The moment they outgrew their usefulness to the Centre, they were detained or put under house arrest.

That means anyone can be removed from leadership if the government wants. Similarly, any new leader can come forward if the GoI wants, but such a leadership will be an inorganic and artificial leadership.

Sadly and surprisingly, the only leaders who have gained credibility in Kashmir are those who have been anti-India, and said India could not be trusted because they who could foresee all this.

But again those leaders by definition are anti-India and are not in mainstream politics, so we again will see separatists gaining ground in Kashmir, becoming even more credible than earlier.

I don't think people will care much for mainstream politics or the so-called democratic elections. There will be single digit voter turn out -- some people will be elected and there will be a CM.

Earlier there was a significant percentage -- 20%-30% who cared for democratic election, but even that is doubtful now.

The government can do many things to improve the situation in Kashmir, to undo the wrongs they have done recently, or in the history of Kashmir.

The problem in Kashmir is not because of lack of ideas or lack of creativity. It is not that people in government are not smart enough. It is to do with intention.

Whatever is happening in Kashmir was not an ill planned move. It was something the government wanted and the electorate approves.

Rather than what the government can do, the focus should be on what it wants to do, what is its game plan and strategy for Kashmir.

If the Kashmiris protest, they will be crushed. 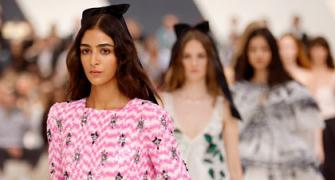