With 748 incidents, India is 7th-most affected by terror 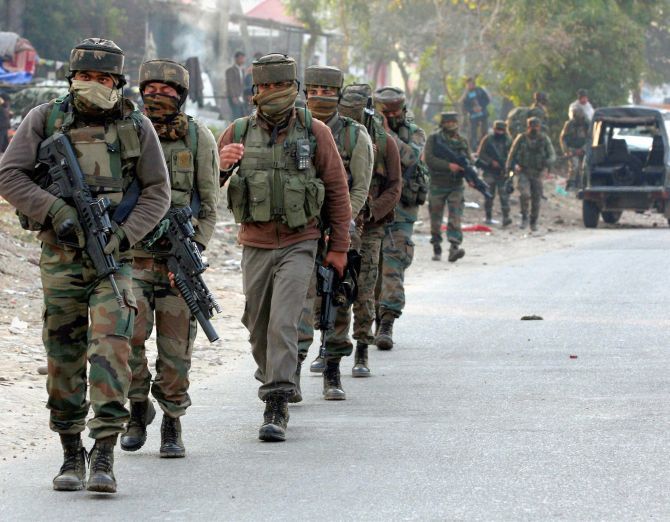 IMAGE: Security personnel cordon off the Sunjwan army camp in Jammu after heavily-armed terrorists wearing combat uniforms stormed the camp in February. A junior commissioned officer and a non-commissioned officer were killed in the attack. Photograph: PTI Photo

With 350 Indians killed and 540 injured in 748 terrorist incidents in 2018, India is at seventh place in a global think-tank's list of countries most affected by terrorism.

The annual report by the Sydney-based Institute for Economics and Peace states that the country most affected by terrorism in 2018 was Afghanistan (7,379 killed), displacing Iraq (1,054 killed) as the deadliest country.

Iraq, now at second place, is followed by Nigeria, Syria, Pakistan and Somalia, in that order.

'However, the number of terrorist attacks has increased by 14 per cent over the same period, peaking in 2016 at over 900,' states the report.

This trend indicates that terror attacks in India are becoming steadily less bloody.

'In 2018 alone, 69 per cent of attacks had zero fatalities and 22 per cent had one fatality,' says the report.

With Islamic State under pressure and in retreat, the world's deadliest terrorist group is now the Taliban in Afghanistan, which accounted for 38 per cent of all deaths in 2018. ISIS had been the deadliest group each year since 2013.

At third place is the Khorasan chapter of Islamic State, which is active in Afghanistan and Pakistan and is now surfacing in India. At fourth place is the deadly Nigerian group, Boko Haram. 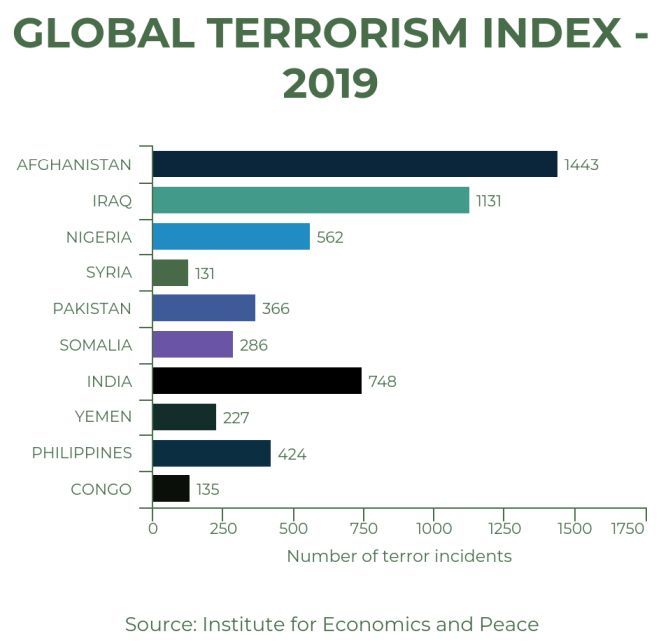 The Institute for Economics and Peace counts armed insurgent groups in Kashmir and the north east, such as Hizbul Mujahideen as 'terrorist groups'. Based on that, it reports that 'Compared to other countries amongst the ten most impacted, India faces a wider range of terrorist groups, with Islamist, Communist and separatist groups all active in the country.'

Jammu and Kashmir is India's region most impacted by terrorism in 2018, with 321 attacks, resulting in 123 deaths, most of which were perpetrated by the Hizbul Mujahideen, Jaish-e-Mohammad and Lashkar-e-Tayiba.

'Both JeM and LeT have also been active in Pakistan and Afghanistan, though most of their attacks are carried out in India,' notes the report.

India's second most impacted region was Chhattisgarh, in the centre of the Communist 'red corridor'.

Chhattisgarh suffered 138 attacks in 2018, resulting in 123 deaths, all from Maoist extremists. While there were far fewer attacks than in Kashmir, the death toll in Chhattisgarh is identical.

In the 2019 Global Terrorism Index, worldwide deaths from terrorism fell for the fourth consecutive year after peaking in 2014, when 33,555 people were killed in terror-related incidents. Since then, the number of deaths has steadily decreased to 15,952 in the current year.

This decline was not uniform across countries. Ninety-eight countries reported fewer terror-related deaths, with Europe recording an improvement of 70 per cent -- its lowest number of incidents since 2012.

However, there were 40 countries where more people were killed compared to last year.

If Afghanistan deteriorated more markedly than any other country, Bangladesh was South Asia's silver lining. Bangladesh recorded 31 terrorist attacks and seven fatalities in 2018, a 70 per cent reduction in deaths from the prior year.

'Five of the eight terrorist organisations that perpetrated the attacks in 2017 recorded no incidents in 2018, including the Islamic State in Bangladesh', noted the report.

Pakistan too showed a clear improvement, with 366 terror attacks in 2018. This was a 37 per cent reduction in both the number of attacks and the number of deaths compared to the prior year. 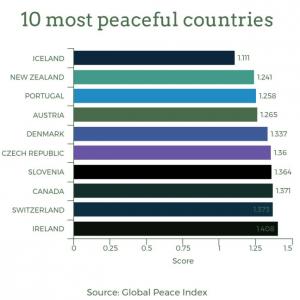