The turning point in his career was undoubtedly Nepal where he was sent as ambassador and acted with a cool head, reports Aditi Phadnis. Two factors contributed to 57-year-old Vinay Mohan Kwatra's appointment as foreign secretary, the job he superseded two colleagues to secure: One, his tenure as joint secretary in the prime minister's office; and the other as ambassador to Nepal.

Narendra Modi became prime minister in May 2014 and, almost immediately, was to leave for the BRICS summit in Brazil. He needed to have officers fluent in Hindi, and lore has it Kwatra (whose Hindi is fluent, along with his French and Russian) helped quickly find officials who could help with interpretation.

Subsequently, the establishment noted his contribution and Kwatra moved into the PMO in 2015.

A vegetarian and teetotaller, he served in the PMO till 2017, after which he was sent to France as ambassador, a posting that has contributed to a large number of foreign secretaries in the past.

Kwatra, who takes charge as foreign secretary in May, has served in Geneva, the Indian consulate in Durban, China, Russia, in the ministry of external affairs handling India's development programme in Afghanistan; and as head of economic, trade and finance issues in South Asian Association for Regional Cooperation.

But the turning point in his career was undoubtedly Nepal where he was sent as ambassador, succeeding Manjeev Puri, just before COVID-19 broke out in 2020.

Relations between India and Nepal are like the Longfellow poem: When they're good they're very, very good; when they're bad, they're horrid.

They'd been horrid for some years: The lowest point was arguably in 2010 when a shoe was thrown at the Indian ambassador's car. There had been a host of problems -- Nepal was still reeling from the Indian blockade of 2015 and Puri tried valiantly to recover lost ground in Kathmandu that China had quickly claimed. He made headway, but it fell to Kwatra, as his successor, to fix relations.

It didn't help that Nepal's then prime minister K P Oli, caught up in domestic party intrigue and a willing instrument to forward China's interests in the country, took it upon himself to 'correct' the balance with India, flying the flag of hyper-nationalism.

The Lipulekh Pass is a far western point near Kalapani, a disputed border area between Nepal and India. Both India and Nepal claim Kalapani as an integral part of their territory.

Days after Kwatra landed in Kathmandu, he was plunged straight into a crisis -- the ruling Nepal Communist Party tabled a special resolution in parliament demanding the return of Nepal's territory in Kalapani, Limpiyadhura and Lipulekh.

The matter was all the more sensitive because of the special place Nepali citizens have in the Indian Army, as part of the Gorkha regiment.

General Bipin Rawat, then the army chief and himself from the Gorkha regiment, pulled out all stops to assist the new ambassador, asking former chiefs of army staff in the Nepal army to help defuse the Kalapani issue.

But it was too late. The Nepal parliament passed a resolution and issued a new map that showed the disputed areas as part of Nepali territory.

Another ambassador would have sent telegrams to Delhi counselling escalatory action. Kwatra (who conceded with disarming candour to interlocutors before he reached Kathmandu that all he knew about Nepal was where it lay on the map) acted with a cool head.

The greatest temptation for an Indian ambassador in Kathmandu is to become a factor in the country's seemingly binary domestic politics. History tells us that this never works.

Rather than getting involved in political intrigue, India stood to the side and let China do the heavy lifting -- reuniting factions of the Communist formations, backing one leader against another, effectively making the same mistakes India has made all these years.

Those who have dealt with Kwatra say he is a simple, practical individual who is not afraid to work hard to get results.

He might not be a geopolitical strategic thinker, but there's no dearth of people to do all that.

He obviously has deep faith in Prime Minister Modi's ideas of diplomacy -- and does not shy away from saying so, as an authored article in Nepali newspapers on India's ties with Nepal in the context of COVID-19 management showed.

In selecting Kwatra, the government has pushed aside two equally brilliant officers: India's Ambassador to the US Taranjit Singh Sandhu, who is also from the 1988 batch, and Ajay Bisaria, a 1987-batch IFS officer who is India's high commissioner to Canada and was Atal Bihari Vajpayee's aide. Bisaria has additionally served in Pakistan at a difficult time. 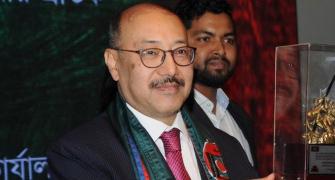 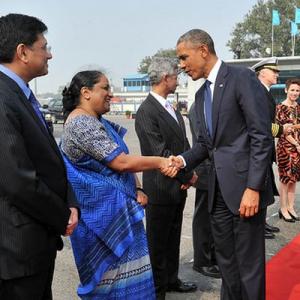 India's new foreign secretary is a rarity in IFS