Maria, who investigated some high-profile cases like the 1993 Mumbai serial blasts and also headed the probe in the 26/11 Mumbai terror attack, made the revelation in his memoir Let Me Say It Now released on Monday.

Bharti, now Maharashtra Anti-Terrorism Squad chief, rejected the claim, saying it appears to be a marketing strategy for the book which attempts to grab more eyeballs rather than place facts.

Peter Mukerjea was arrested on November 19, 2015, in the Sheena Bora murder case, in which his former wife Indrani Mukerjea is the main accused.

Rai later turned an approver in the case.

Maria has also written that Javed knew the Mukerjeas socially, adding they were invitees to the latter's Eid party.

According to excerpts from the memoir, during interrogation in the murder case, Peter Mukerjea told Maria that he had approached Deven Bharti in 2012 to complain about Sheena Bora going missing.

The book mentions that when Maria asked Peter Mukerjea about "doing nothing" when he found out about Sheena's sudden disappearance, he replied, "Sir, I had told Deven!"

Recalling Mukerjea's interrogation, Maria said, "That night I couldn't sleep a wink. The thought uppermost in my mind was to find out the exact meaning of what Peter had told me in the evening."

"It meant that Peter Mukerjea knew Deven Bharti on first name terms. And I had not known this all these days. Moreover, Deven Bharti had not thought it fit to tell me even once that the Mukerjeas were close to him," he says in the book.

Maria claimed that whenever he would discuss with Bharti the mystery of non-registration of missing complaint or accidental death report, he would keep silent.

"And this from my joint CP (L&O)? At the time of Sheena’s disappearance, Deven Bharti was the additional CP in the Crime Branch," Maria wrote.

"He could have done so much then itself to look for Rahul's girlfriend (referring to Sheena Bora)! It was imperative that I get to the bottom of it all, without upsetting the investigating team that was doing a good job," he wrote.

While mentioning about Javed knowing the Mukerjeas "socially", Maria wrote, "Was there a deliberate attempt to discredit the probe by spreading the falsehood that I knew the Mukerjeas socially? I had categorically denied it, but the atmosphere of suspicion persisted."

Maria was later appointed as director general of police (Home Guards) and Javed then took charge as Mumbai police chief.

"A week after my removal, it turned out that not the previous CP but the new CP (Javed, who was later sent as ambassador to Saudi Arabia) knew the Mukerjeas socially and they were invitees to his Eid party," Maria wrote.

Maria also mentioned in the book that he had conveyed to then chief minister Devendra Fadnavis that he did not shield the accused as the case, undetected for three years, was unearthed by his team.

"The Sheena Bora case, which was undetected for three years, was unearthed by my team. If we wanted to shield them, then why would we have detected the case in the first place?! Also, I along with my team had this detection for only 12 days before I was promoted and transferred," he wrote.

Rejecting Maria's claim, Bharti said, "Maria belongs to a family linked with Bollywood and, it seems, scriptwriters have a great influence on him. In addition, it appears to be a marketing strategy for the book as well as the web series, which attempts to grab more eyeballs rather than place facts."

Moreover, for a policeman, it is advisable to read the charge-sheet and case diary rather than a "piece of fiction", Bharti said.

"Won't comment much as the trial is in progress but would definitely tell that the whole investigation team was aware of all developments and were on the same page till the investigation was with Mumbai police," he added.

Get Rediff News delivered into your Inbox.
Source: PTI  -  Edited By: Saisuresh Sivaswamy© Copyright 2020 PTI. All rights reserved. Republication or redistribution of PTI content, including by framing or similar means, is expressly prohibited without the prior written consent.
SHARE THIS STORY
Print this article 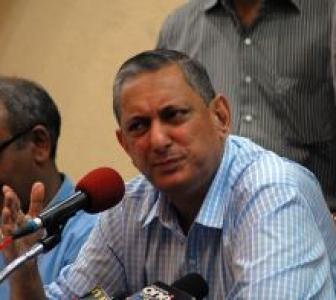 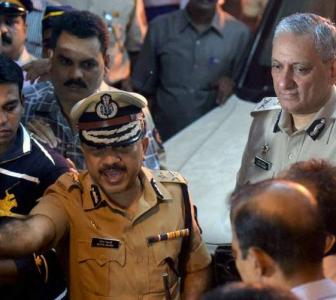 Day after being shunted, Rakesh Maria clarifies he is not resigning 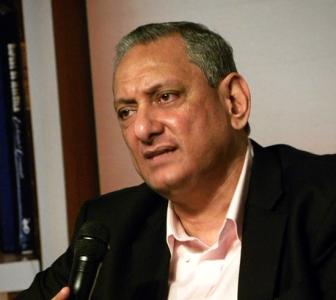 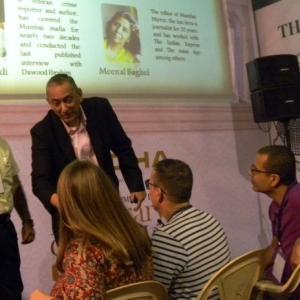 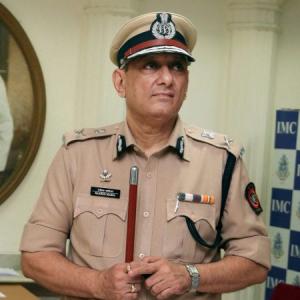