A resident of Dongri area, said had the JCBs been able reached the accident site, the number of casualties could have been contained. 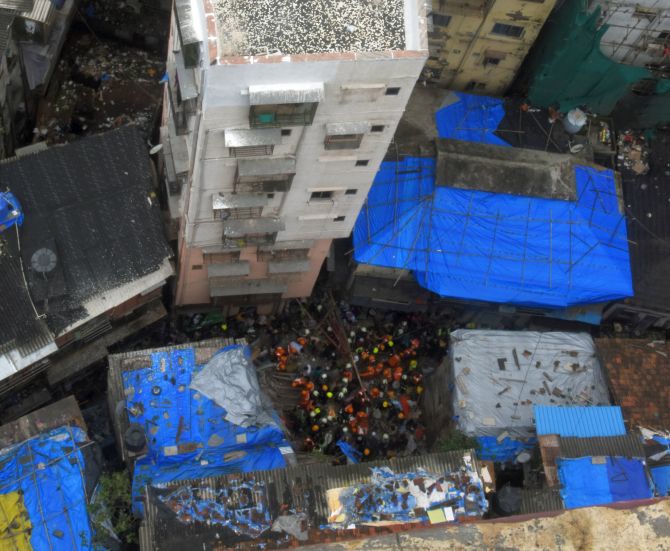 The site of the building crash in South Mumbai's congested Dongri area was crowded and chaotic as hundreds of onlookers created hurdles in the rescue operation even as National Disaster Response Force and civic personnel attacked the rubble with bare hands to reach survivors.

The narrow road leading to the ill-fated four-storeyed building meant NDRF jawans could not get earth-moving equipment near the rubble, leaving them with no option but to carry out the search-and-rescue operation manually.

The rescue work is expected to get prolonged because of this, a NDRF official at the site said.

Onlookers crowding the site and lanes leading to it threw up problems of quick evacuation of the injured to ambulances and onward to hospitals, an official said.

Several people in the area were also seen lending a helping hand or trying to stay out of the way of those officially tasked with bringing out those trapped.

A youngster was seen shouting out instructions through a megaphone to onlookers to clear the area so that the rescue operation could be carried out with any more challenges than the topography of the place already posing.

Congress leader Milind Deora and Minister of State for Housing Ravindra Waikar were at the spot and expressed grief on the incident.

While Deora wanted chief minister Devendra Fadnavis to call a meeting to address frequent wall collapses, Waikar said compensation would be given as per government norms.

Waikar said the building did not belong to state-run Maharashtra Housing and Area Development Authority (MHADA) but to a person named Abdul Sattar Sheikh (55) who he said perished in the incident along with his daughter-in-law.

A resident, Huma Sheikh, was seen teary-eyed waiting anxiously for news about her mother, younger brother and niece feared trapped in the debris.

"I was leaving for office and realised I had forgotten my vehicle's keys. I asked my mother for it. No sooner she came to window to throw it down, I saw the building cave in," she said.

'Kausarbaug' building, located in a bustling narrow lane in Tandel Street of Dongri area of south Mumbai, crashed Tuesday morning. The death toll, as per civic officials, stood at four. 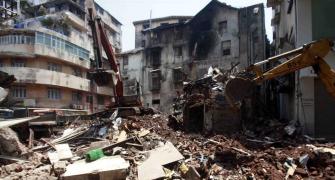 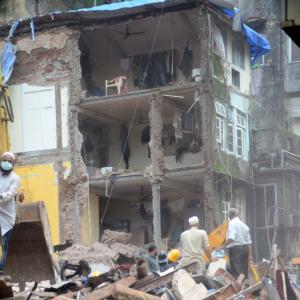