Maharashtra Governor Bhagat Singh Koshyari has written to Union Home Secretary Ajay Kumar Bhalla requesting that the adequate provision of Central security forces be made and kept ready if needed, and alleged that police remained a 'mute spectator' while offices and homes of some dissident MLAs were vandalised. Koshyari had asked Maharashtra Director General of Police (DGP) Rajnish Seth to provide adequate police protection to the families and homes of rebel MLAs, a police official said on Sunday.

In his letter dated June 25, Koshyari said he had received a representation from 38 Shiv Sena MLAs, two members of the Prahar Janshakti Party and 7 Independent MLAs stating that the police security of their families had been 'illegally and unlawfully withdrawn'.

'They have also raised serious concerns about the safety of their homes and families in the context of provocative and threatening statements being made by certain political leaders,' Koshyari wrote to Bhalla.

The Governor said he had already issued directions to the state police to provide adequate police protection to the MLAs and their families on an immediate basis.

'Despite this, offices and homes of some MLAs have been vandalised with police being a mute spectator.

'It is accordingly requested that adequate provision of Central security forces be made and kept ready, in case required to address the situation,' he added.

In a similarly worded letter to the DGP, the Governor said, 'I, therefore, direct you (DGP) to provide adequate police protection to the MLAs, their families and homes on an immediate basis. I may be apprised of the action taken in this regard.' 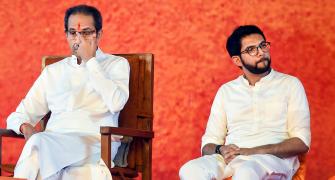 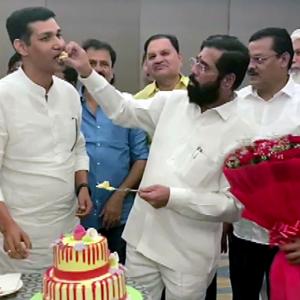 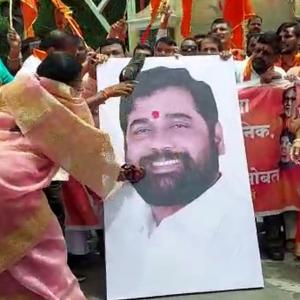