In May, Uddhav had offered CM's post to Shinde: Aaditya

Shiv Sena minister Aaditya Thackeray on Sunday claimed that over a month ago, Maharashtra Chief Minister Uddhav Thackeray had asked party leader Eknath Shinde whether he wants to become the chief minister, although the latter had sidestepped the issue then. 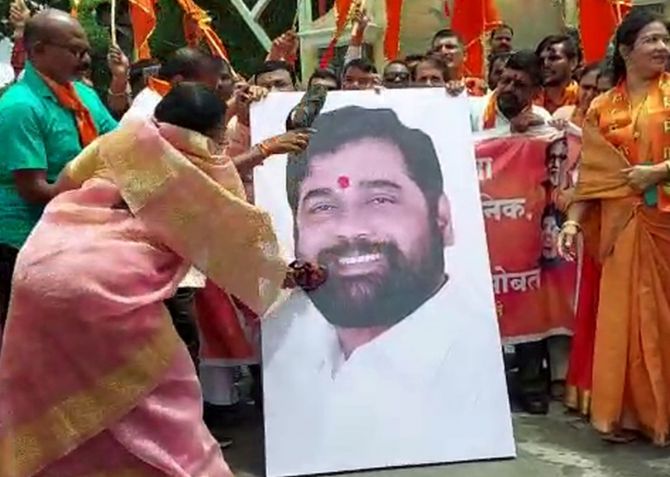 Aaditya, who is the son of Sena president and chief minister Thackeray, made this revelation while addressing party workers in Mumbai.

Majority of Sena MLAs have sided with him and all of them are currently camping in Guwahati.

Their move has pushed the Sena-led government to the brink of collapse.

"On May 20, chief minister Uddhav Thackeray had called Eknath Shinde to 'Varsha' (CM's official residence) and asked whether he wants to become the chief minister. However, he had sidestepped the issue then. But a month later, on June 20, whatever had to happen, happened," Aaditya said while referring to Shinde's rebellion.

He should have demanded the post directly on the face instead of running away to Surat and Guwahati, the Worli MLA said.

Meanwhile, in his weekly column Rokhthok published in the Sena mouthpiece Saamana on Sunday, Sena MP Sanjay Raut said, Shinde had a good chance of becoming the state chief minister had he continued in Shiv Sena.

"Shinde would have been the chief minister if the BJP hadn't gone back on its word of rotational chief minister's post. It is surprising that Shinde wants to go to BJP," Raut said.

The Shiv Sena and BJP had parted ways after the 2019 assembly poll results following Sena's insistence that the two parties share the top post.

The Sena later joined hands with the Nationalist Congress Party and Congress to form the Maha Vikas Aghadi government in Novermber 2019.

Uddhav Thackeray assumed the top post after being asked to do so by NCP chief Sharad Pawar.

Sanjay Raut has claimed that had the Bharatiya Janata Party accepted the Sena's offer for sharing the CM's post on rotational basis, then Uddhav Thackeray had Shinde in mind as the Sena's choice for the post. 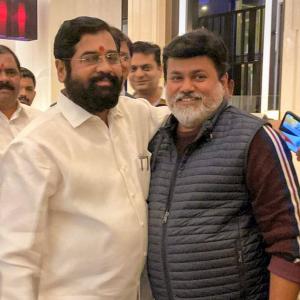 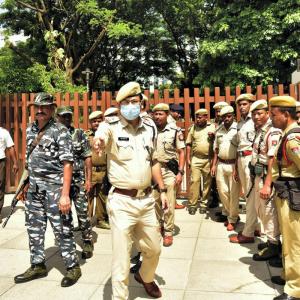