Most Wanted Terrorist Killed In J-K

Lashkar-e-Tayiba terrorist Yousuf Kantroo, one of the longest surviving terrorists in the Kashmir Valley, was among three terrorists killed in Baramulla district on Thursday, the police said.

Kantroo was involved in the killings of several security personnel and civilians and was among the top 10 most wanted terrorists in Kashmir, the police said. 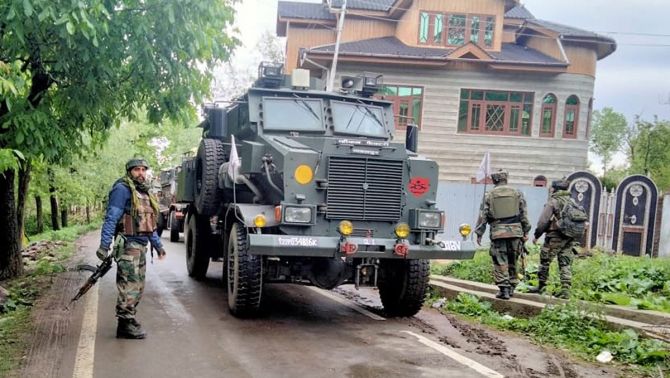 IMAGES: Security personnel in action during the encounter in the Malwah area of Baramulla district in north Kashmir. Photographs: Umar Ganie for Rediff.com

Acting on specific information about the presence of terrorists in the Malwah area of Baramulla in north Kashmir, security forces launched a cordon and search operation there.

As the search party reached the suspected spot during the operation, the terrorists fired indiscriminately at them, injuring four soldiers, including one officer and a policeman, the police spokesman added.

In the ensuing encounter, three terrorists, including Kantroo, were killed and their bodies retrieved from the gunbattle site, the police spokesman said.

The identification of the other slain terrorists is being ascertained, the spokesman said.

The injured policeman has been shifted to the army's base hospital in Srinagar.

Two more terrorists are still inside the security cordon and an exchange of fire is going on, the police officer added.

"Kantroo earlier had joined as an OGW (over the ground worker) of HM (Hizbul Mujahideen) and was arrested in 2005. He was released in 2008, but he again joined terrorist ranks in 2017 and started killing innocent civilians, policemen and political workers. Later on, he switched from HM to LeT," the police spokesman said. Kantroo was involved in dozens of civilian atrocities and security personnel killings, including the killing of SPO Mohammad Ishfaq Dar and his brother Umer Ahmad Dar, residents of Chatabugh Budgam, in March. He was also involved in the killing of Block Development Council chairman Bhupinder Singh in September 2020 at Khag, Budgam, the spokesman said, listing the terrorist's other crimes.

Kantroo was also involved in recruiting youth into terrorist ranks, the police spokesman said, adding that incriminating material and arms and ammunition were recovered from the site of the encounter.

Kashmir Inspector General of Police Vijay Kumar congratulated the forces for conducting a successful anti-terrorist operation. Commenting on a video in which the mother of a trapped terrorist near the encounter site is heard saying, 'Come back my son, you are too young and innocent, these old cruel terrorists have deceived you, they are pick-pocketers and goons who are enticing innocent and young boys', IGP Kumar appealed to the parents of other terrorists to ask their wards to shun the path of violence. When Terrorists Kill A Cop In Kashmir Murder In The Heart Of Srinagar 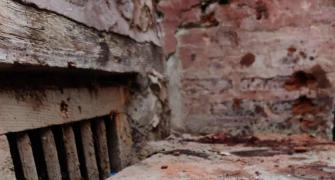 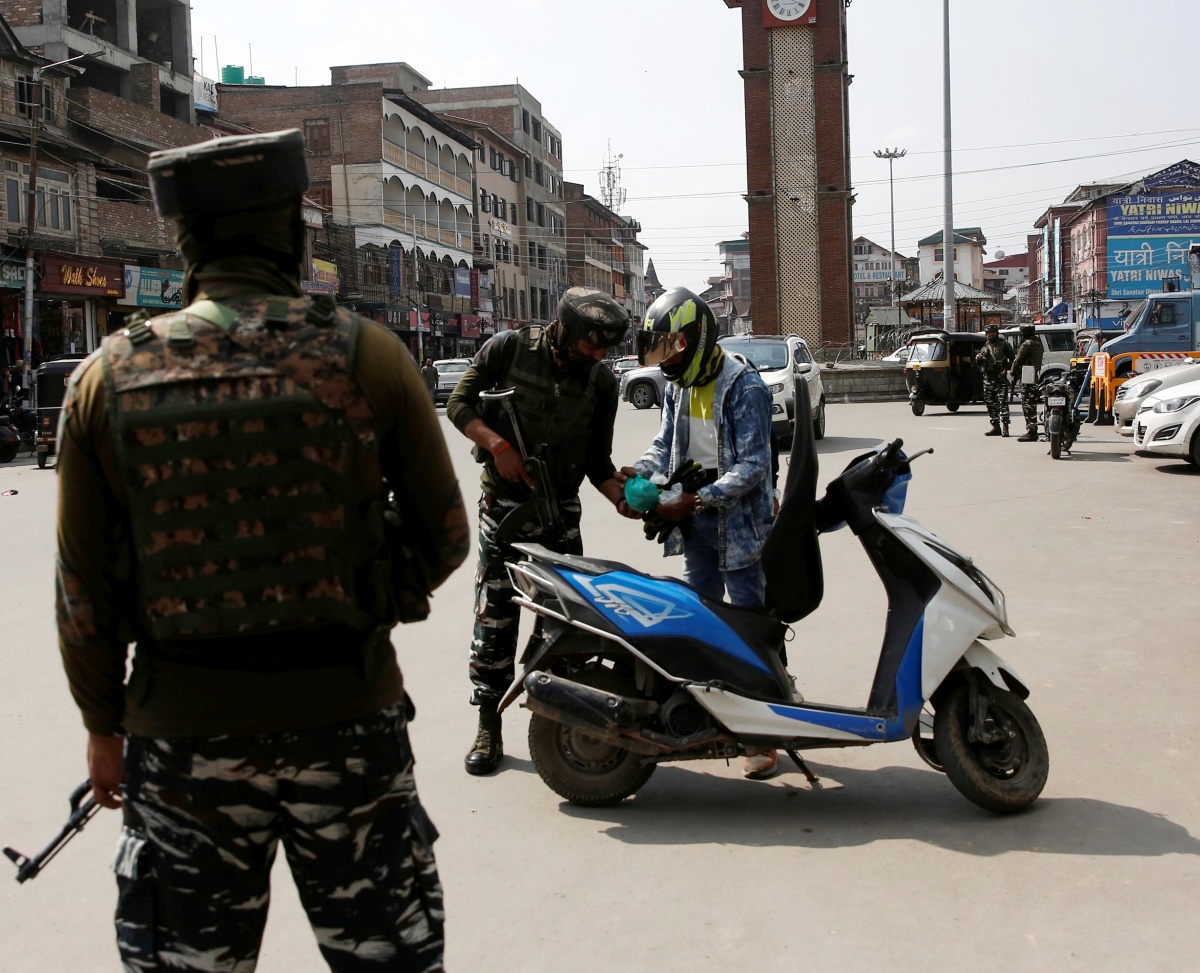