Even as the political crisis continues in Karnataka, some of the rebel MLAs lodged at a hotel in Mumbai had a perfect day out on Friday with some local sightseeing, shopping and regional delicacies on the menu. 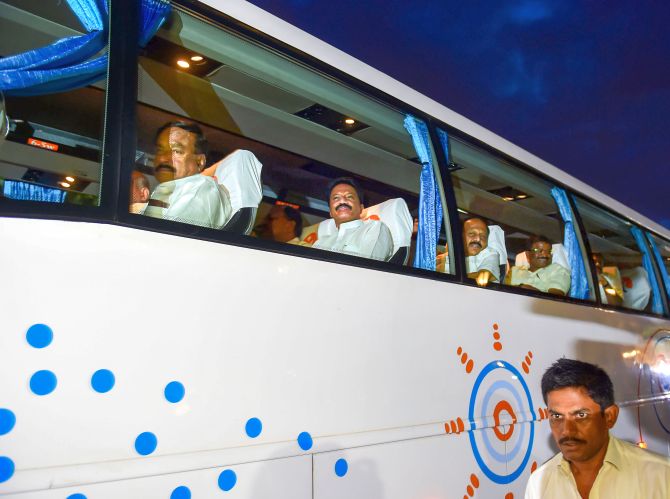 The MLAs visited the famous Siddhivinayak Temple after which they had their lunch at south Indian restaurant-bar "Dakshin Culture Curry" and a typical Marathi/ Konkani food Junction "Diva Maharashtracha". Both restaurants are adjacent to each other and are owned by Dr Suhas Awchat.

They had met Kumar on Thursday evening after they were directed by the Supreme Court to meet the Speaker at 6 pm and resubmit their resignations in person.

On the other hand , in a new twist in the Karnataka political stalemate, the Supreme Court on Friday ordered a status quo until Tuesday on a plea filed by 10 dissident MLAs of Congress and Janata Dal-Secular seeking a direction to the assembly speaker to accept their resignation and not proceed with the applications for their disqualification. 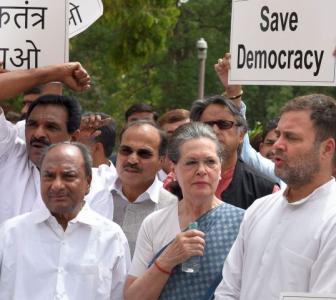 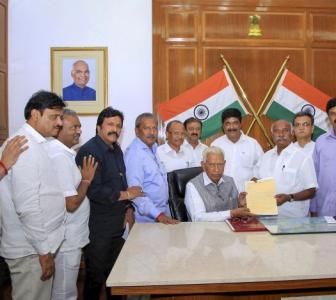 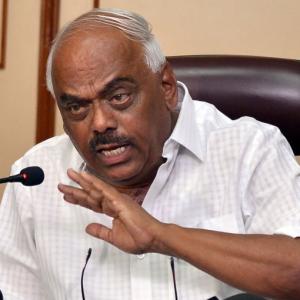