The frontline troops of China and India have "completed" disengagement at most locations of their border, a senior Chinese official said on Tuesday, adding the situation on the ground is easing. 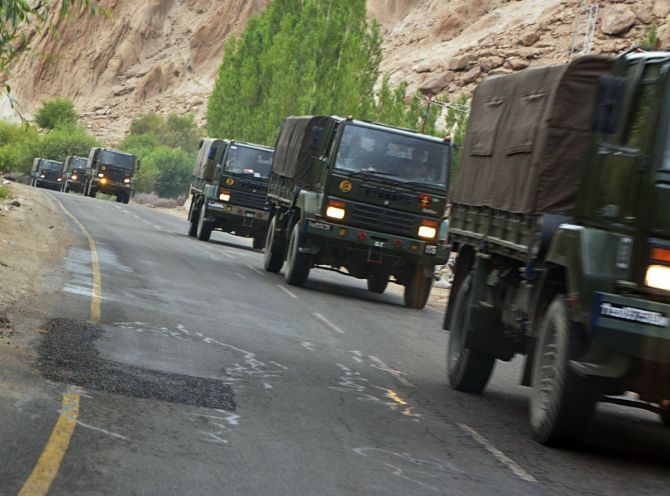 Chinese foreign ministry spokesman Wang Wenbin made this statement at a briefing in Beijing when a reporter from China's official media asked him to comment on media reports that the border troops from India and China have completed the disengagement from the Galwan Valley, Hot Springs and Kongka Pass areas and the only area where disengagement is left to be implemented is along the Pangong Tso.

During the briefing, the spokesman noted that China and India have recently conducted frequent communication through military and diplomatic channels.

The border troops of China and India have "completed" the disengagement in most locations in eastern Ladakh after "intensive communication" through military and diplomatic channels and the situation on the ground is easing, the official translator quoted Wang as saying.

Indian government sources in New Delhi said this statement is not correct.

Later, an English translation of Wang's remarks in Mandarin put up on the Chinese foreign ministry website which read as, “As border troops have disengaged in most localities, the situation on the ground is deescalating and the temperature is coming down."

At the briefing, Wang said, “We have held four rounds of commander level talks and three meetings of the Working Mechanism for Consultation and Coordination (WMCC)."

“Currently the two sides are actively preparing for the fifth round of commander-level talks to resolve outstanding issues on the ground. We hope the Indian side will work towards the same goal with China, implement the two sides' consensus and jointly uphold peace and tranquillity along the border," the spokesman added.

Asked when the next commanders level meeting will be held, Wang said the information will be released in due course.

The Indian ministry of external affairs on Friday said that India and China agreed on "early and complete" disengagement of troops in eastern Ladakh and may hold more military talks soon so as to work out further steps to ensure "expeditiously" complete “disengagement and de-escalation" and restoration of peace and tranquility in the border areas.

India had also asked China to “sincerely implement” the understanding on troop withdrawals reached by senior military commanders of the two sides.

National Security Advisor Ajit Doval and Chinese Foreign Minister Wang Yi held a nearly two-hour-long telephonic conversation on July 5 to bring down tension between the armies of the two countries in eastern Ladakh.

Both China and India commenced the disengagement process from July 6 following talks between Doval and Wang who are Special Representatives for the boundary question.

The tension in eastern Ladakh escalated manifold after the violent clashes in the Galwan Valley on June 15 in which 20 Indian Army personnel were killed.

The Chinese side also suffered casualties but it is yet to give out the details. As per U.S. intelligence reports, the Chinese Army suffered 35 casualties.

Source: PTI  -  Edited By: Hemant Waje© Copyright 2021 PTI. All rights reserved. Republication or redistribution of PTI content, including by framing or similar means, is expressly prohibited without the prior written consent.
Related News: People, Working Mechanism for Consultation and Coordination, ANI Photo, LAC, China
SHARE THIS STORY
Print this article 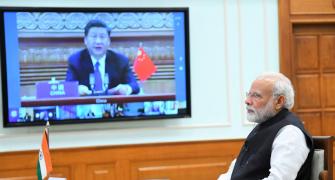