This is the first time that the defence ministry has admitted officially about the transgressions by the Chinese troops. 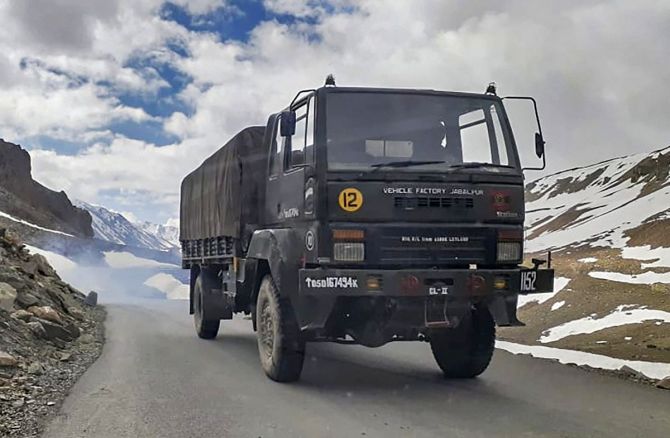 The defence ministry has admitted transgressions by the Chinese Army into the Indian territory in different parts of Eastern Ladakh including Pangong Tso, Gogra and Kungrang Nala areas.

"Chinese aggression has been increasing along the LAC and more particularly in Galwan valley since 5th May 2020. Chinese side transgressed into the areas of Kugrang Nala, Gogra and north bank of Pangong Tso lake on May 17 -18 2020," the defence ministry said in an official document listing out the major activities of the department in June.

The document was uploaded on the ministry's website very recently and it is the first time that the Rajnath Singh-led ministry has admitted officially about the transgressions by the Chinese troops.

The document mentions that after the interactions at ground level, first Corps Commander level talks were held on June 6 to defuse the situation but a "violent faceoff" took place on June 15 resulting in casualties of both sides.".

Discussing about the talks between the two sides, the document mentions that the talks are expected to be prolonged.

"While engagement and dialogue at military and diplomatic level is continuing to arrive at mutually acceptable consensus, the present standoff is likely to be prolonged. The situation in eastern Ladakh arising from unilateral aggression by China continues to be sensitive and requires close monitoring and prompt action based on the evolving situation," the document states.

India and China have, so far, held five rounds of Corps Commander level talks but disengagement has not been done completely.

China has stated that it will create an observation post at Finger 5.

The Chinese have brought in almost 45,000 troops from various locations and deployed them on the LAC and heavy tank and artillery deployment has also been done in front and depth areas by them. 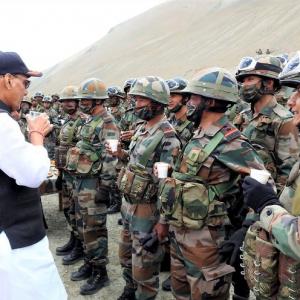