The Trinamool Congress on Friday called its MP Dinesh Trivedi "ungrateful" after he resigned from the Rajya Sabha, while a jubiliant Bharatiya Janata Party quickly extended its welcome to him to join the saffron camp. 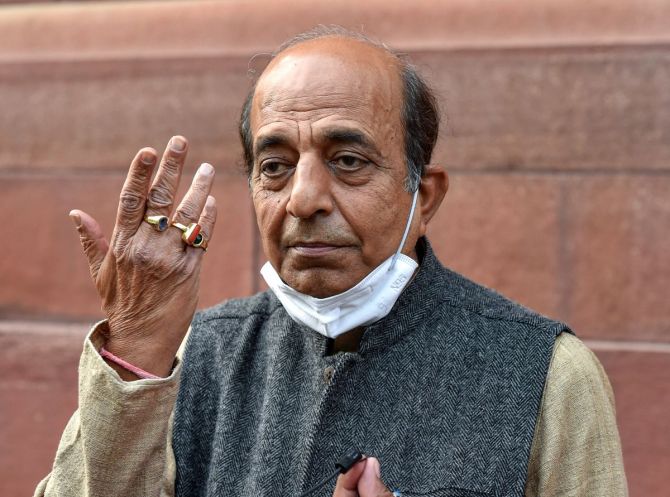 Trivedi's resignation came amidst the exodus from Mamata Banerjee's party ahead of the West Bengal assembly poll.

An angry TMC lashed back at Trivedi, who had been maintaining distance with the party for the last two months, saying he has betrayed the party leadership and the trust of the people.

Trivedi, a former railway minister and two-time Lok Sabha MP, was sent to Rajya Sabha last year by TMC after losing the parliamentary polls in 2019.

He is reported to have had some issues with a senior Rajya Sabha member of the party for the past few months.

"For the last so many years he (Trivedi) did not say anything. Now all of a sudden just months before the state assembly poll he has complaints. This shows his true colours," Roy said.

"He is ungrateful and has betrayed the trust of the masses," Roy added.

Echoing him, party colleague and Lok Sabha MP Sougata Roy said "People like Trivedi enjoy power during their tenure and leave at the time of elections. If he had grievances, he could have aired it in the party."

Claiming that the party will disintegrate soon, state BJP president Dilip Ghosh said "It is only a matter of time before TMC disintegrates. If Dinesh Trivedi wants to join us, we will welcome him".

BJP national general secretary and the party's Bengal minder Kailash Vijayvargiya lauded Trivedi as a good leader who was feeling suffocated in a party like TMC.

This wass not the first time that Trivedi had openly aired his grievances against the party.

Earlier in March 2012, he had to step down as railway minister after Mamata Banerjee, who is also the TMC supremo, had opposed the railway budget placed by him.

Resigning from the Rajya Sabha, he had said "If you sit here quietly and cannot do anything, then it is better that you resign from here and go to the land of Bengal and be with people. 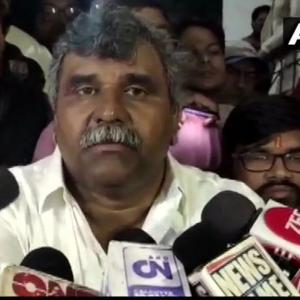