Amarnath yatra kicks off after 3 years with 2750 pilgrims

The annual Amarnath Yatra began on Thursday as a batch of about 2,750 pilgrims left the base camp in Nunwan, Jammu-Kashmir, for the cave shrine housing the naturally formed ice-lingam in the south Kashmir Himalayas. 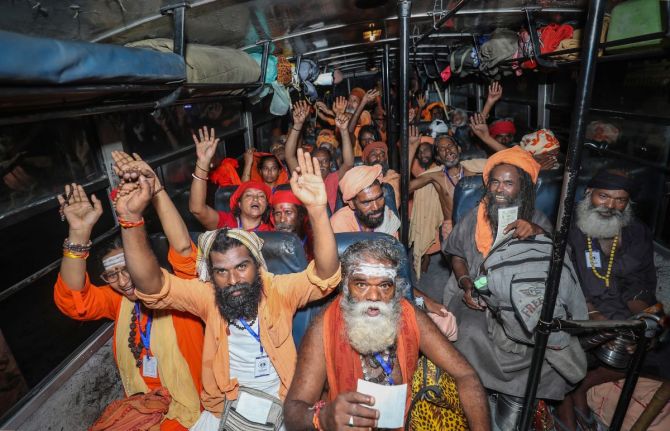 IMAGE: Sadhus chant religious slogans while boarding a bus as the second batch of pilgrims leaves the Ram Mandir base camp for the Amarnath Yatra 2022, in Jammu, Thursday, June 30, 2022. Photograph: PTI Photo

The pilgrimage was flagged off by Deputy Commissioner Piyush Singla at the Nunwan base camp in the Anantnag district's Pahalgam.

The journey -- most of it on foot -- takes about three days with night halts at Sheeshnag and Panchtarni along the route.

All arrangements have been made to ensure smooth conduct of the 43-day pilgrimage, Singla said, adding, "The endeavour is to make sure that the pilgrims feel secure and visit the shrine peacefully."

Jammu and Kashmir Lieutenant Governor Manoj Sinha on Wednesday flagged off the first batch of 4,890 pilgrims from the Jammu base camp.

Shri Amarnath Shrine Board (SASB) has also made a provision for online 'darshan' of the naturally formed ice lingam, officials said.

They said this year, the pilgrimage is expected to see higher-than-usual attendance as it is being held after a gap of three years.

In 2019, the Yatra was cancelled midway ahead of the Centre abrogating Article 370 provisions of the Constitution. The pilgrimage did not take place in 2020 and 2021 due to the COVID-19 pandemic.

A senior army officer recently said the threat perception to the pilgrimage was more this year.

A large number of security personnel have been deployed for the pilgrimage. Security along the Baltal and Pahalgam routes has been beefed up. New security pickets have been set up to ensure that subversive elements do not succeed in disrupting the pilgrimage, officials said.

Besides, drone surveillance and RFID chips are also a part of the three-tier security arrangements for pilgrims.

To ensure only bona fide people attend the yatra, the SASB has asked all intending pilgrims to carry Aadhaar cards or any other biometric verified document with them.

Security personnel have been posted on the peaks leading to the holy cave shrine, the officials said, adding round-the-clock vigil is being maintained along the routes.

The pilgrimage will culminate on August 11, coinciding with Raksha Bandhan. 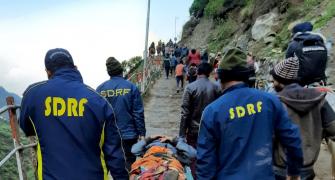 Why have deaths on Char Dham yatra gone up this year? 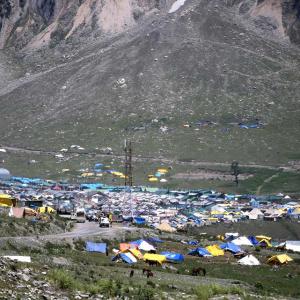 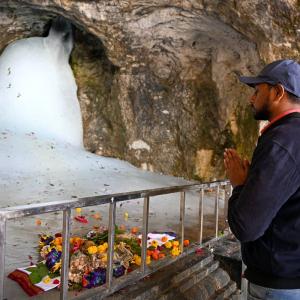