With the Amarnath Yatra around the corner, security forces in Jammu and Kashmir are concerned over terrorist groups possessing 'sticky bombs' -- explosives that can be attached to vehicles and detonated remotely -- and are reshaping their standard operating procedure for the pilgrimage, officials said on Sunday. According to them, interrogation of arrested terrorists and their sympathisers and other evidence suggest that while some "sticky bombs" have been recovered by security forces, many of them may have found their way into terror groups in Kashmir Valley.

Recently a drone flying in from Pakistan developed a technical snag and was spotted by people in Kathua. Later, the police recovered arms and ammunition, including seven magnetic bombs or "sticky bombs", from the place.

Concerned over the development, the security agencies reworked their strategy, especially keeping in mind the Amarnath Yatra beginning June 30.

About three lakh pilgrims are likely to take part in the pilgrimage to the cave shrine located in the upper reaches of south Kashmir. It is expected to end on August 11.

It has been decided that vehicles of pilgrims as well as of security forces will be secluded during their movement, the officials said.

Instructions have also been issued to the security forces as well as those managing the pilgrimage not to leave vehicles unattended.

When contacted, Inspector General of Police (Kashmir range) Vijay Kumar said the security forces are dealing with the menace. "We have taken adequate precautions," he told PTI.

The "sticky bombs' emerged on the terror scene in Kashmir in February last year when these were recovered from Samba of Jammu region, indicating initiation of a new phase of terrorism in the union territory.

It was the first such recovery of "sticky bombs", used largely in Afghanistan and Iraq. In India, it was used by suspected Iranian terrorists who targeted the vehicle of an Israeli diplomat in February 2012, resulting in injury to his wife.

Sticky bombs, which were also used by the British forces during the World War II, can be put on any vehicle and detonated through a remote control or an in-built timer, the officials said.

The National Investigation Agency is currently probing a mysterious blast on a passenger bus in Katra in Jammu last month that left four people dead. Though police had downplayed the incident but a little known terror group released a video claiming it to be their handiwork. 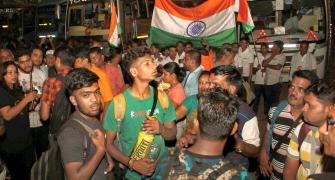 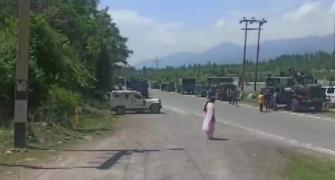 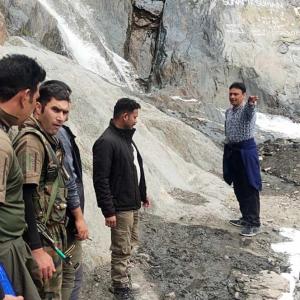 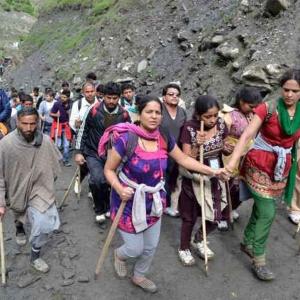