'They will try more rounds of military level talks and move it to the diplomatic and political domain to see if there is a possibility of a solution -- and like the CDS said if that does not happen, we are prepared.' 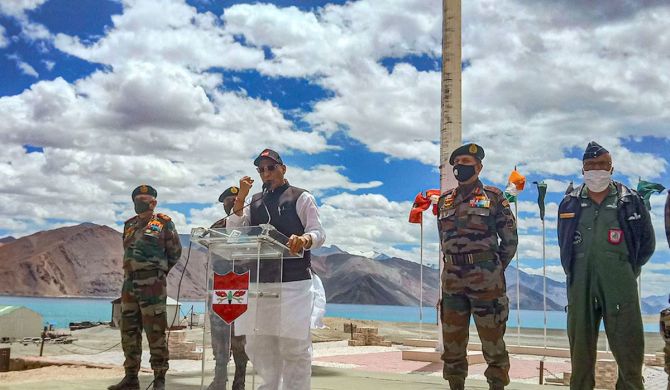 "The Indian Army has made immense improvement in capability. Look at the speed with which the Indian Army has been able to the mobilise the quantum of troops. Does that not give a hint of our capability?" Lieutenant General Subrata Saha (retd) -- former Deputy Chief of the Army Staff, former General Officer Commanding XV Corps and member of the National Security Advisory Board -- tells Rediff.com's Archana Masih.

The Chief of Defence Staff said that if military talks failed military options will be on the table.
How many rounds of failed talks will amount to the negotiations being considered a failure? What did you make of the CDS's statement?

The Dokalam standoff in 2017 did not get resolved either by military or diplomatic talks, but a solution was found at the political level.

Talks at different levels -- military, diplomatic, political -- are part of the process. If five-levels of military talks have failed, we will have to see if diplomacy or political level negotiations will be undertaken to find a solution.

It is in the domain of uncertainty now, and I am sure the leadership in Delhi is already discussing what is the next step.

The CDS has stated the obvious. What he has said is not out of the ordinary and falls in the normal sequence of events.

What he has said is that India believes in giving opportunity for negotiations to achieve its goals, but if talks fail then there is a military option.

It's a statement of fact.

Does this mean that there is a possibility of a war with China?

At a time when there is a general feeling that the military talks are not leading anywhere, more than the content, it is the timing that is of importance.

But at the same time the military level talks have not been called off and they are looking at another round of talks for which the date is yet to be finalised.

So, the military talks have not yet run their course yet.

In your opinion, what military options does India have or is likely to exercise to push back the Chinese if it comes to that?

There is sufficient build up in Ladakh to face any eventuality as much as in all other theatres.

You can define the limits in terms of time or in terms of resources or in geographical extent. These are very conjectural and nebulous statements. Frankly speaking, in today's parlance of hybrid wars, what is limited and what is not is not clearly defined.

By attempting to intimidate, assert and intrude, China is enlarging the spectrum of war and conflict.

Fighting with medieval weapons in Galwan can also be seen as an act of war.

If somebody wants to categorise that as a limited war, then we have already gone through it; while someone else might call it a skirmish or conflict.

Irrespective of how you refer to what happened at Galwan, the intent was to intrude and inflict violence by using weapons which are not used from the common understanding of war. 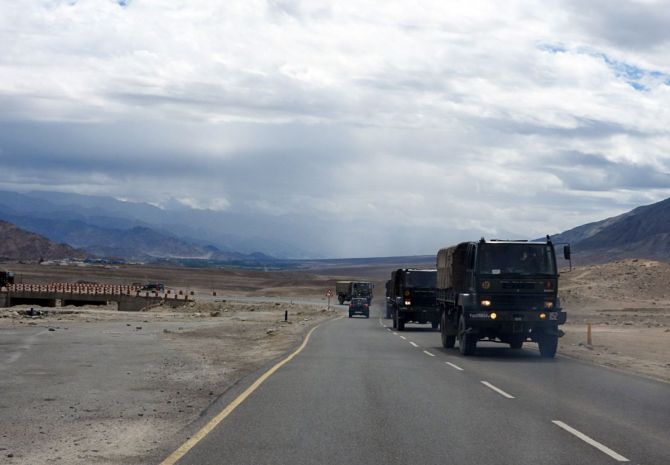 The last time India went to war with China, our troops were woefully under equipped. In these decades how have India's military resources matched up with the Chinese in present times?

In 1986-1987, the Indian Army had taken troops from Assam into Arunachal Pradesh for military exercises. It resulted in complete panic on the Chinese side.

The Chinese mobilised the LAC by bringing in infantry combat vehicles, tanks etc. The Indian Army took firm military action and the border protocol agreements between India and China subsequently were an outcome of that Sumdorong Chu incident.

China has enhanced its military-economic capabilities and has an ambitious head of State, therefore we are seeing a heady mix of all this being played out at the India-China border.

India also has made immense improvement in capability. Look at the speed with which the Indian Army has been able to the mobilise the quantum of troops. Does that not give a hint of our capability?

The Galwan fightback shows the morale and assertiveness of the current Indian soldier.

We are much, much better equipped and the government is doing what it requires to make up whatever capabilities are required.

Why is it so difficult to negotiate with the Chinese?

The 1993 agreement was drawn to maintain peace and tranquillity along the LAC. Unfortunately, that LAC is not defined, hence there is a fundamental problem.

When the LAC is so amorphous and nebulous, it is difficult to find common ground.

Even if the Chinese commander on the ground wants to agree, his hands are tied because everything is controlled from the top by a very ambitious leader.

How do you see the next few weeks ahead or the months ahead?

They will try more rounds of military level talks and move it to the diplomatic and political domain to see if there is a possibility of a solution -- and like the CDS said if that does not happen, we are prepared.

Foreign Minister S Jaishankar has also said we cannot dissociate the situation on the border with the rest of the India-China relationship. This is a significant expression of how India is looking at the future.