'The world paid a heavy price for the megalomania of the Third Reich's fuehrer.'
'Will it pay a similar price for the ambitions of China's leader-for-life?' asks Amulya Ganguli. 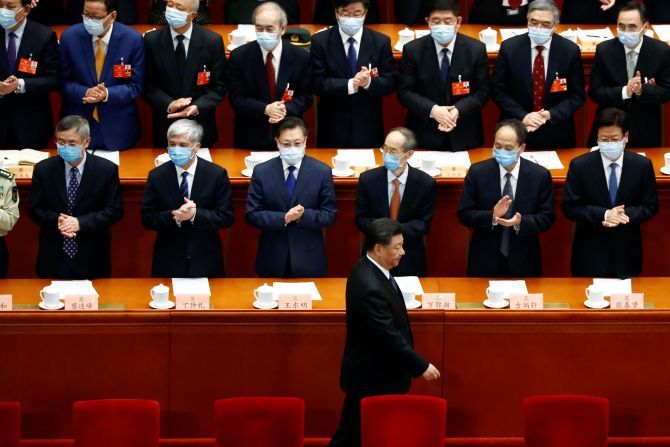 IMAGE: Xi Jinping, general secretary of the Communist party of China, at the closing session of the Chinese People's Political Consultative Conference at the Great Hall of the People in Beijing, May 27, 2020. Photograph: Thomas Peter/Reuters

If Hitler's Nazi Germany was the scourge of the 20th century, Xi Jinping's Communist China can be regarded as the curse of the 21st.

The world paid a heavy price for the megalomania of the Third Reich's fuehrer.

Will it pay a similar price for the ambitions of China's leader-for-life?

There are uncanny similarities between the two regimes.

Both are led by leaders who have faith in their messianic role in history.

Both have harped on a glorious future for their countries with their military prowess enabling the acquisition of lands whose ethnic compositions are akin to the motherland's.

Hence, Nazi Germany's acquisition of Rhineland, Austria and Sudetenland as stepping stones in its quest for a lebensraum or living space for the German nation, and China's occupation of Tibet, the nibbling of Indian territory with an eye on the Tibetan plateau's five 'fingers' of Ladakh, Sikkim, Nepal, Bhutan and Ariunachal Pradesh, the conversion of the South China Sea into a virtual inland lake of the mainland in defiance of international diktats, the trashing of the promise of pursuing the 'one country, two systems' goal in Hong Kong till 2047 and the menacing stance on Taiwan.

Ironically, however, behind the militaristic expansionism of Germany and China can be discerned an inferiority complex born, in Germany's case, by the humiliating Versailles treaty after its World War I defeat and, in China's case, the years of overlordship by European powers when China was perceived as weak although the country was never a colony.

Myths have also played a part in stoking their jingoism.

For Germany, it was pride in its Aryan heritage.

The blonde-haired, blue-eyed men were expected to rule the world

For China, it is the memory of the country's hegemony over neighbouring areas as the Middle Kingdom of the medieval period.

The Han people are the natural masters of the near and far.

Both countries were keen, therefore, on reviving their past splendours.

To achieve this objective, the ideologies which they chose are mirror images of one another.

Both are 20th century dogmas although their roots lie in medieval autocracies.

Fascism and Communism are the two draconian philosophies which guided the Nazis in the mid-20th century and the Chinese Communists today.

Their core tenets are the running of One Party States and the obliteration of human rights.

They have nothing but contempt for the weak-kneed concept of democracies where the unwashed masses chose their rulers in periodic elections.

A fuehrer or a leader-for-life do not need them.

The belief that democracies are weak and can, therefore, be pushed aside guides their militaries.

It is only a question of time when they will be brought to heel.

The Nazis failed in this endeavour.

But the Chinese are sure that they won't.

The Nazis were stopped in their tracks by the unity of their opponents -- America, the Soviet Union and Britain.

A similar gathering of the like-minded against the Chinese is in the making.

As of now, the likely constituents are America, India, Japan, Vietnam and Australia with Western Europe as a back-up.

Will there by a World War III or will China realise, as from the resistance it is facing in India's northern border, the fatuity of its dream of world conquest? 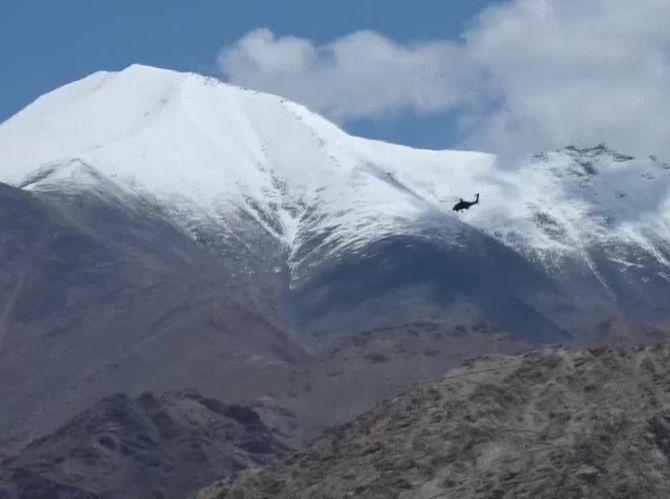 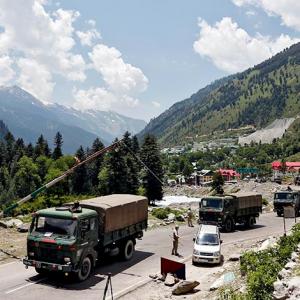