News
Business
Movies
Sports
Cricket
Get Ahead
Money Tips
Shopping
Sign in  |  Create a Rediffmail account
Rediff.com  » News » Modi's election 2019 is a repeat of Indira's in 1971

Allegations of strains on democratic and constitutional institutions across the board, security threats from outside, a greedy Opposition inside, were all a part of the package then as now, says N Sathiya Moorthy.

Multiple explanations have been offered as to why and how Prime Minister Narendra Modi could sweep the nation for the second time in a row. Before him, only Prime Ministers Jawaharlal Nehru, Indira Gandhi and Dr Manmohan Singh have been re-elected after completing a term in office. .

The simple truth about Modi’s re-election and the size of his victory can be ascribed to two reasons. One, it was once again based mainly on the voter north of the Vindhyas. It is a serious aberration for ‘Modi bhakts’ in the country and outside to blame the South, especially ‘Dravidian’ Tamil Nadu for the BJP-NDA’s poor performance, and not take the blame themselves.

The second and even more important cause for Modi’s second sweep is not him and the BJP-RSS cadres alone. The generational voters from elections 2014 were willing to give him a second chance, for doing whatever he promised at the time and undo whatever his Congress predecessors had done. It was also the early campaign theme of the BJP social media almost from the second year of Modi’s first term. It caught on, and became the underlying and at time unmentioned theme for the second-term campaign.

Historically, the Indian voter changes every 10-15 years, and this has become more pronounced and visible from the time the voting-age was brought down from 21 years to 18.

Whether or not Campaign Modi understood it enough or not, they acknowledged it, and acted accordingly. The Congress rival’s problem is not dynasty, but their institutional inability to change strategy and tactic.

To the late Rajiv Gandhi should go the early attempts at strategising poll victories through a professional campaign, but then the Indira Gandhi assassination ensured that he did not have to experiment much with the game-plan. One has to only recall how at the last-minute Team Rajiv shifted the late Madhavrao Scindia from Guna to Gwalior, and surprised veteran A B Vajpayee with a defeat that the latter did not deserve or expect.

In Modi’s case, it is not just about tactic of fielding Smriti Irani against Rahul Gandhi in Amethi. If anything, Team Rahul too was alive to the situation, so much so they immediately located Kerala’s Wayanad as a safe seat for him. But in terms of choosing the campaign plank and communication modes, Modi breathed fresh air into both in 2014. It remains fresh five years hence, proving that the rivals are unable to change – not, necessarily, unwilling to change.

For sure, the voters in the North too have changed -- Modi, not considering himself a continual of the BJP-RSS heritage in electoral terms, even while their strong and sustained cadre base understood it enough. But younger leaders like UP’s Akilesh Yadav were living in the past. Suffice to point out how Yadav, himself an IT professional in his earlier avatar, continued to believe in his parental generation’s belief in caste politics, forgetting that others in his generation would have changed with the times, like him.

In an earlier generation, Ajit Singh, son of the late Charan Singh, committed a similar mistake despite his overseas education and career. He ended up paying a heavy price once he sought to step into his father’s politico-electoral shoes without being able to change with the times. But then, five years from now, the Indian voter, including those in the North, would have taken to a new generational aspiration -- and the same Modi ploy (alone) may not work then!

Yet, in Karnataka and across the rest of South India, real and immediate issues mattered to the voters. Modi was not an election issue in the South in 2014. So was he not one in 2019.

This time round, across the southern states, there were local issues, including those in BJP-strong Karnataka, where ‘anti-incumbency’ was against the JD-U-Congress state government, (s)elected to power only a year ago, at the instance of a Supreme Court directive. If the JD-U had chosen the BJP for an ally, there are equal chances that they too might have faced a near-similar, if not a similar, rout.

So was it in Andhra Pradesh and Telangana, where the ruling TRS had obtained a fresh mandate to rule the state only months back but anti-incumbency showed up to a limited extent in the LS polls.

In Kerala, the ‘Sabarimala issue’ has now shown that the people (read:Hindus) are all for Hinduism, not for hard-sell Hindutva. The Congress won, and there is a message in it for the BJP and PM Modi, even for their future national campaigns.

For, it is not without reason that southern states, especially Kerala and Tamil Nadu -- though not always in that order -- had presaged the rest of the country on political issues and electoral concerns, by two to three decades.

Over the last hundred-years plus, especially centred on the ‘social justice’ platform, what Tamil Nadu says today, the rest of the country follows a generation or less, later.

It is thus that the message from Tamil Nadu is clear this time, too. Apart from the non-existent ‘Dravidian ideological tilt’, the state faces real issues of social justice and economic concerns of the individual -- as against the ‘collective’, which alone concerns the government at the Centre.

Thus, NEET continues to be a hot topic across the state, so does land take-over for developmental projects of the hydro-carob extraction and neutrino scheme kind, which local farmers apprehend would dry up their lands more than what the ‘denial’ of Cauvery waters have already done.

It is the kind of issue that brought Mamata Banerjee to power in West Bengal, that too when the ruling Communists began talking about industrial growth and development. Once Nandigram and Singur became non-issues, Mamata’s TMC stood exposed this time.

In a way, elections 2019 is a repeat of Indira Gandhi’s successful elections 1971, in terms of form and content. Allegations of strains on democratic and constitutional institutions across the board, security threats from outside, a greedy Opposition inside, were all a part of the package then.

Post-elections, across the country, labour and campus unrest caught on, where it was missed pre-polls. What the national media highlighted at the time, but not now for reasons other than the Modi Government, is that in states like Tamil Nadu, labour unrest in the manufacturing sector like automobile industry, were rampant in the months before the elections.

The western SME belt suffered, purportedly owing to note ban and GST, which the state government acknowledged, caused the shut-down of 50,000 units and five-lakh job-losses. Across the west, where the AIADMK, BJP and PMK poll partners are stronger together than elsewhere in the state, the alliance lost as badly and by equally huge margins.

The writing is thus on the wall, for the rest of the nation to read and assimilate. 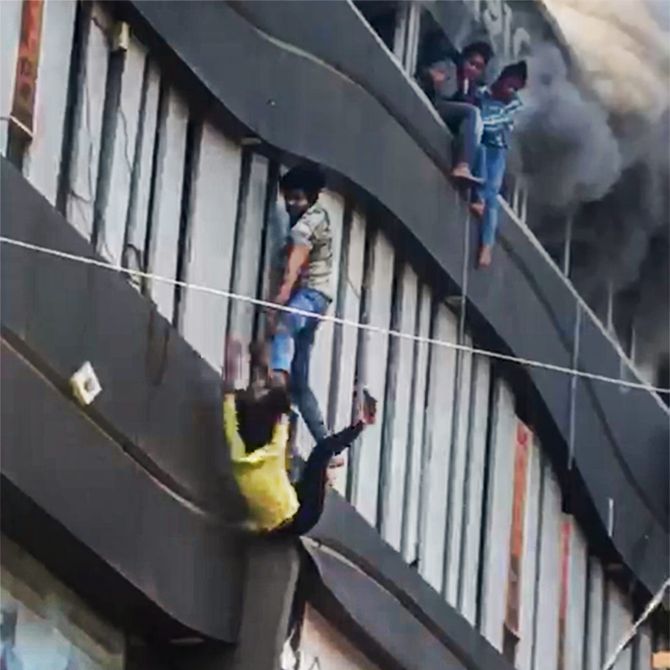 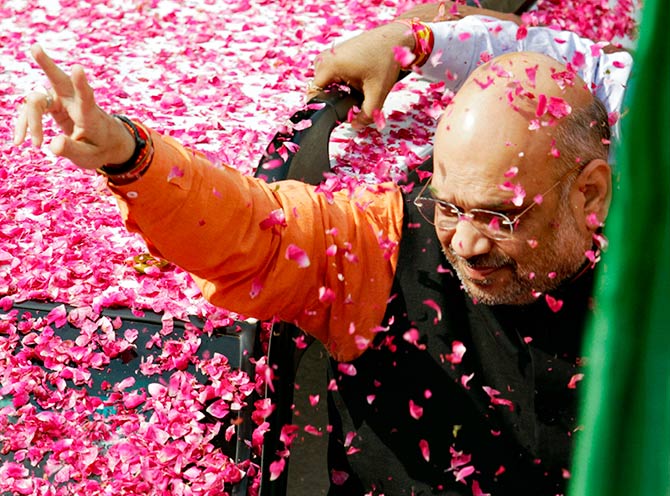 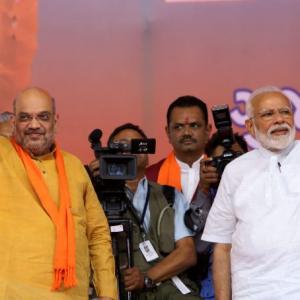