From taking care of Anya, Diva and Czar Kunder to making Bollywood's biggest stars dance to her tunes, Farah Khan does it all and that too like a Boss.

She may wear multiple hats at a time, but at the end of the day the Main Hoon Na director likes to chill with her family and friends the most.

As she celebrates her 54th birthday today, we take a sneak peek into her life through Insta pictures! 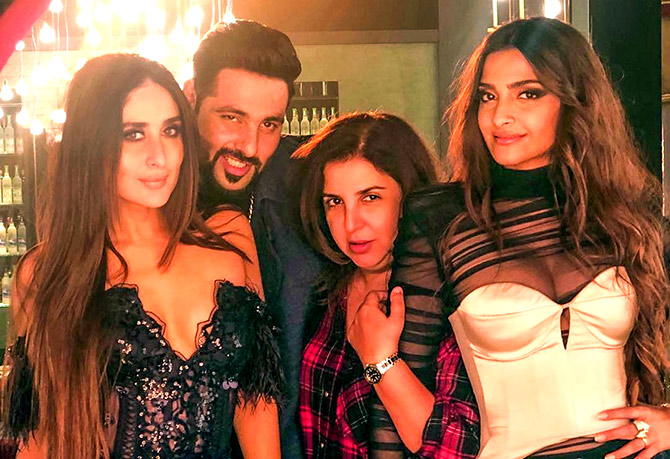 Chilling like a villain: Farah with Kareena Kapoor Khan, Badshah and Sonam Kapoor on the sets of Veere Di Wedding. 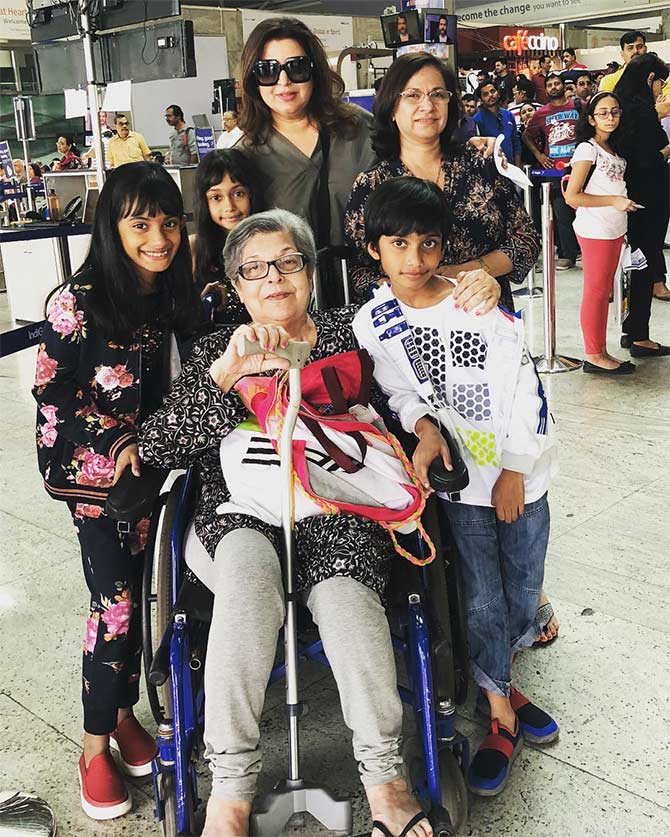 Farah poses with her mom Menaka Irani and three kids -- Diva, Anya and Czar Kunder -- before heading for a family holiday. 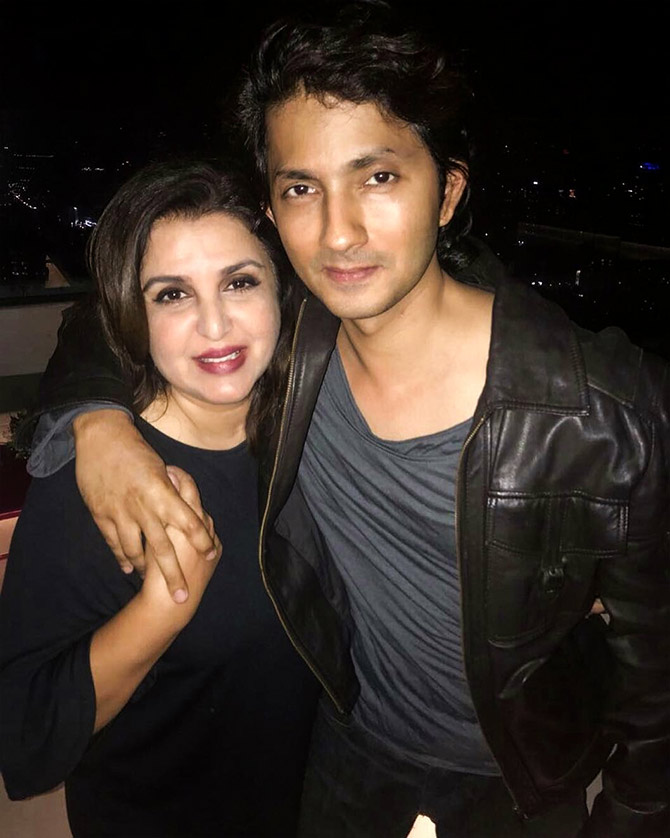 Farah and Shirish Kunder wed in 2004 and raised many eyebrows as Farah is 8 years older than SK. 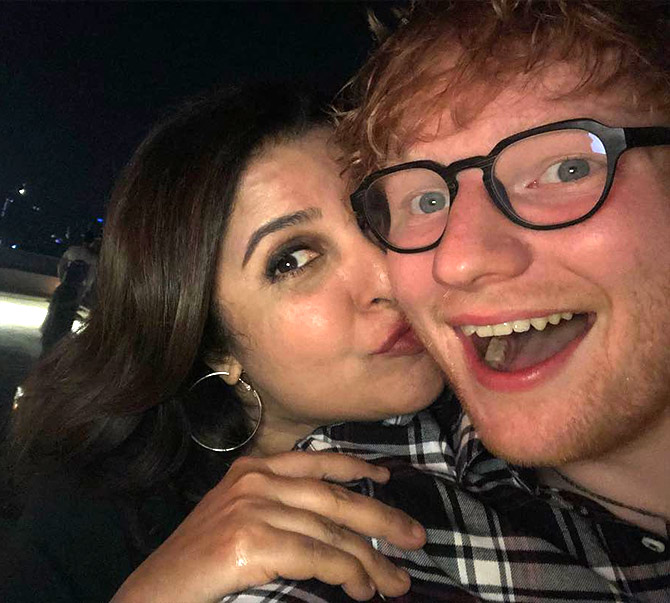 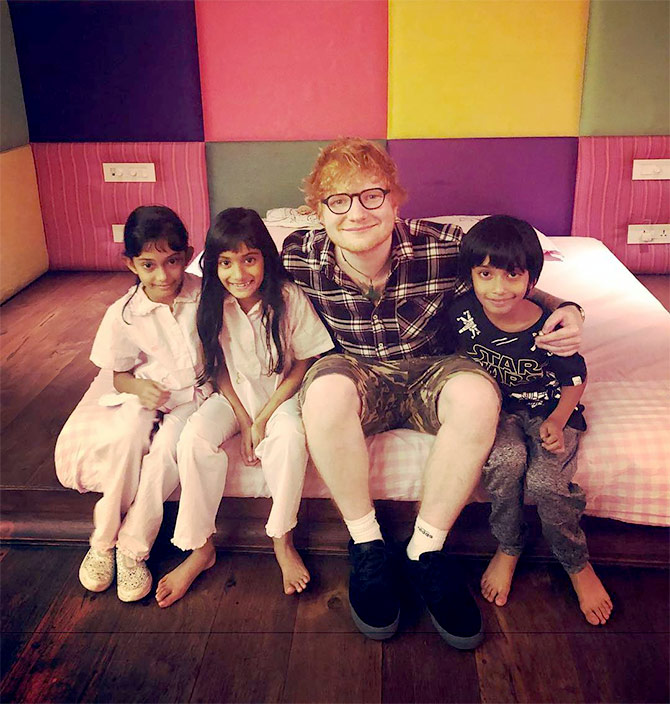 And here's Ed with Farah's kids.

We totally love the colourful walls of her kids's room. 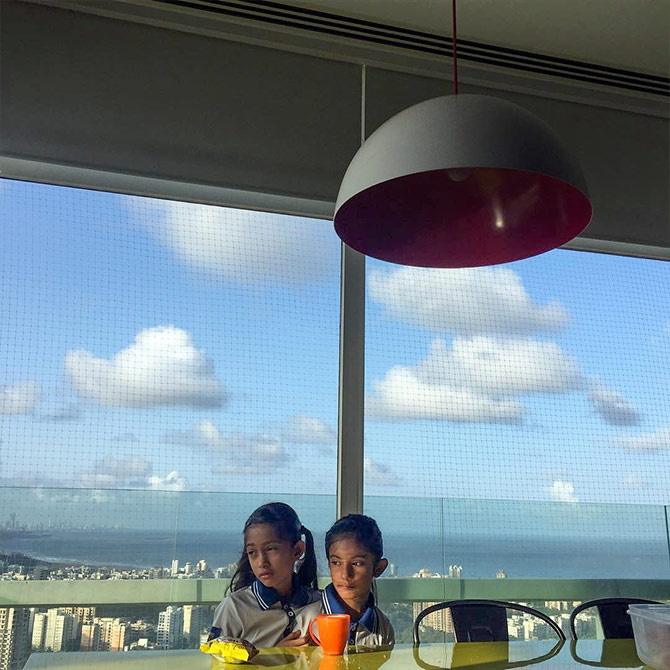 The magnificent view from her dining room is to die for as well. 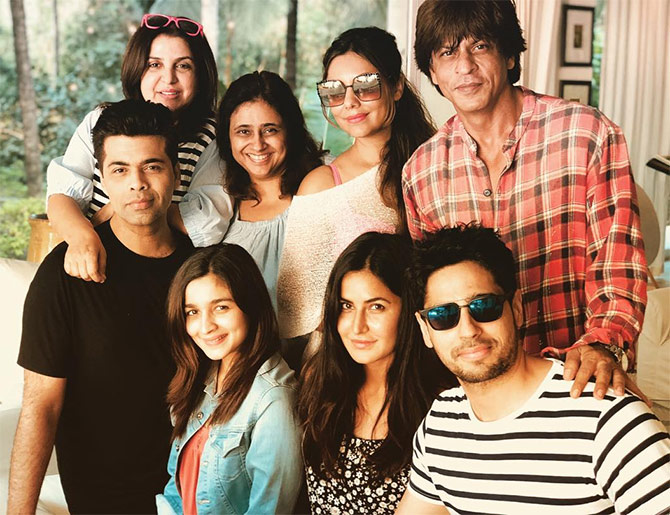 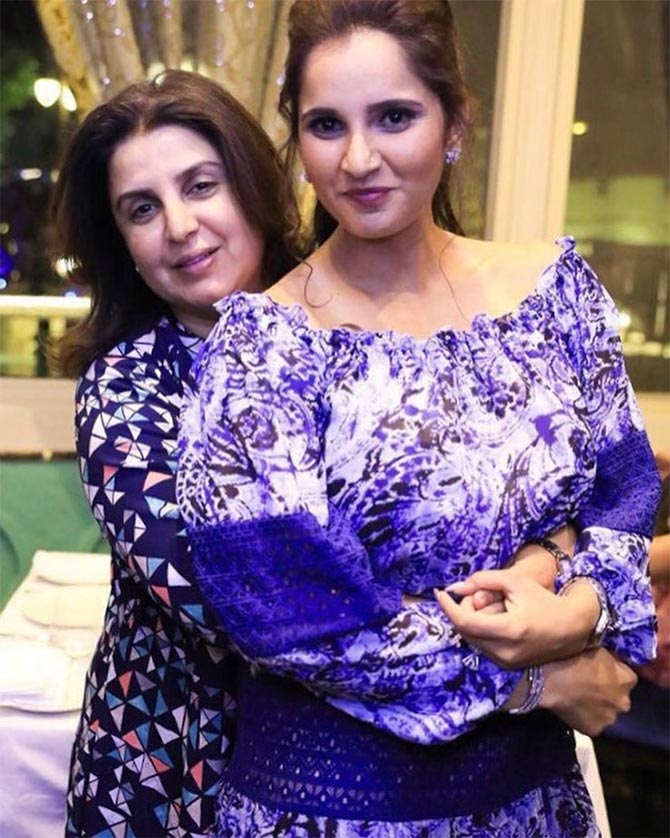 And, of course, she is best buddies with tennis star Sania Mirza. 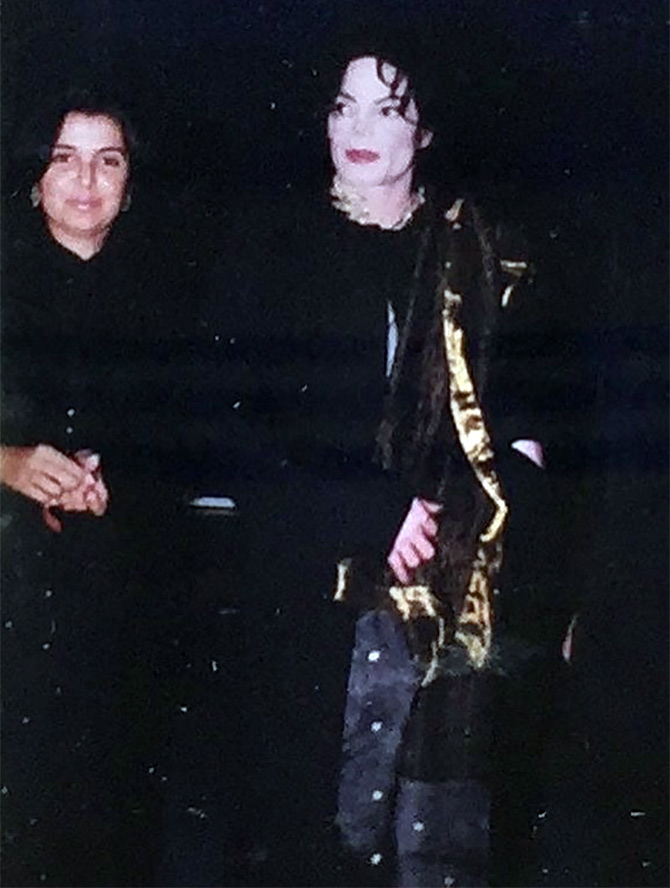 That's NOT a Madame Tussauds statue Farah is posing with.

That is Michael Jackson! 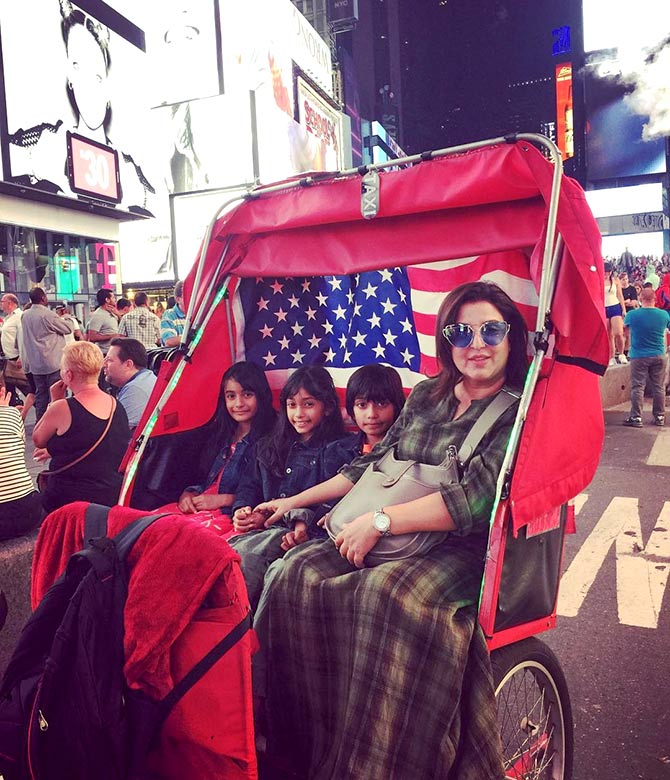 Exploring Times Square in the filmiest way possible with her triplets. 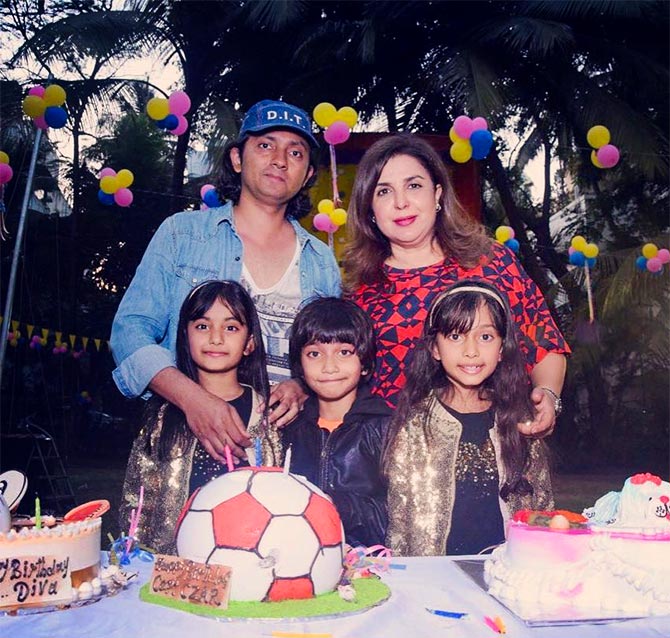 That's how a Family portrait should look like, right? We told you this boss lady can do anything -- even get Jackie Chan to dance on a Bollywood song. 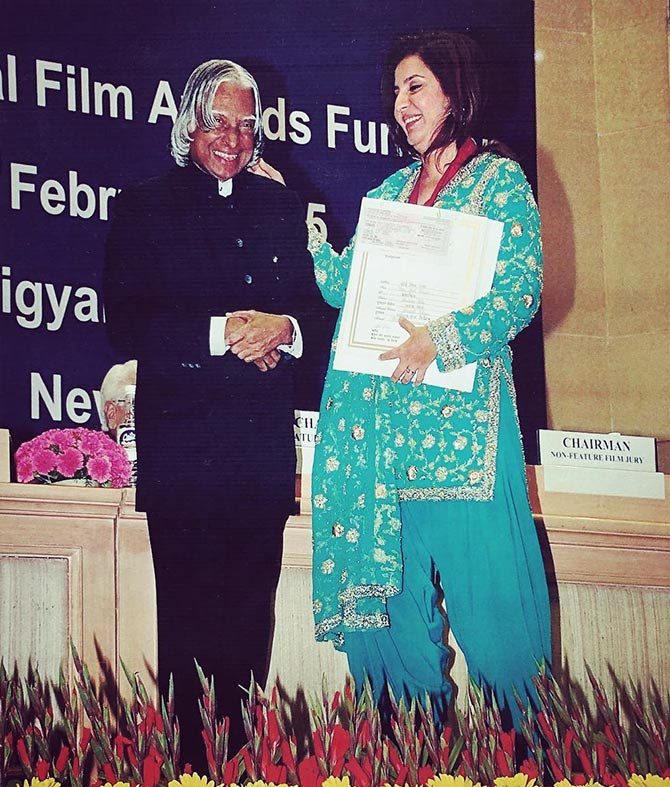 And here is Farah receiving her National Award for choreographing Idhar Chala (Koi Mil Gaya)song from then President A P J Abdul Kalam. 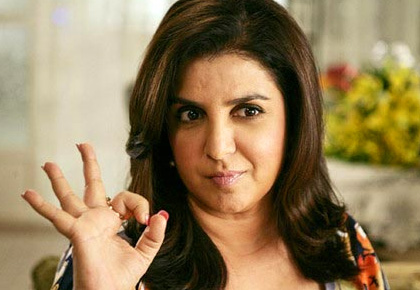 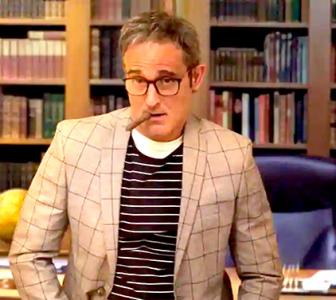 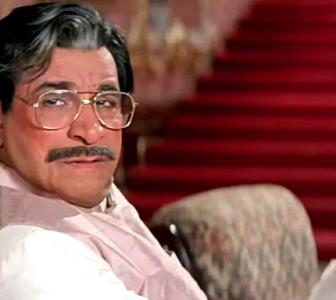 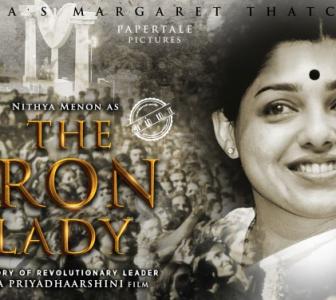 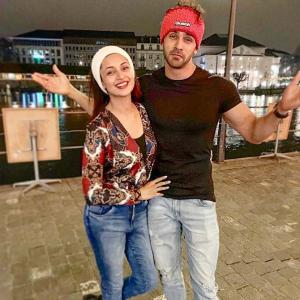 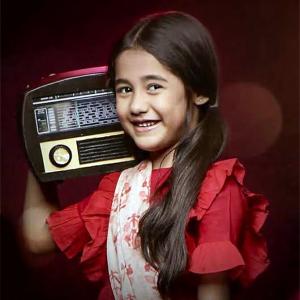