Ash, Kangana, Sonam, Deepika: Who was your favourite at Cannes 2018?

The red carpet at Cannes is just as discussed as the films.

Like every year, our Indian beauties slayed it on the red carpet with their appearances.

Their fashion game was right on point!

Joining them this year was Mahira Khan who made her debut on the red carpet.

This year, they have taken the fashion a notch higher.

They all looked fabulous, but who did you like the most?

Take the poll at the end and let us know your favourite. 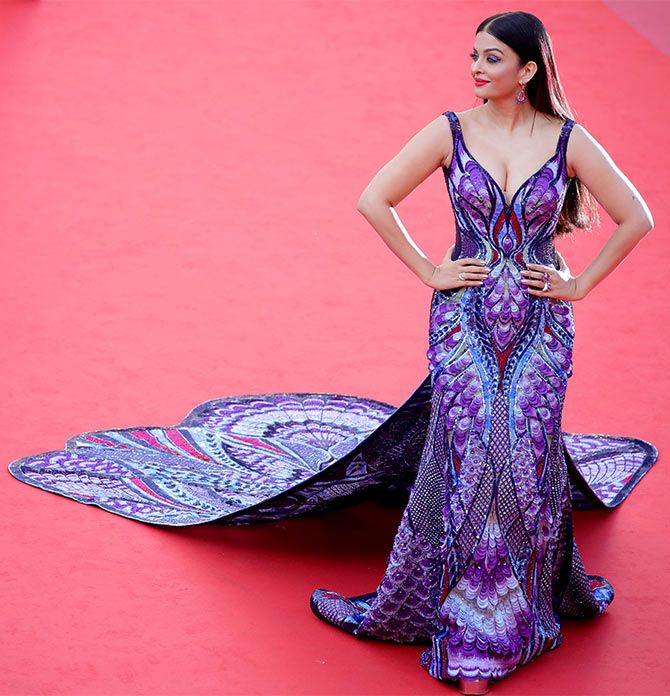 The cameras couldn't stop clicking Aishwarya when she made her first red carpet appearance this year in a purple and black sequined mermaid gown with a peacock print.

The dress with the long train was by Michael Cinco, a Dubai designer. For her second appearance, Ash opted for a shimmering, strapless, gown by Rami Kadi and stood out. That's how Kangana made her debut on the red carpet at Cannes!

She wore a Zuhair Murad sheer embroidered backless gown and posed with so much grace. Her second appearance got hotter when she wore a silver catsuit by Nedret Taciroglu and took the red carpet by storm! 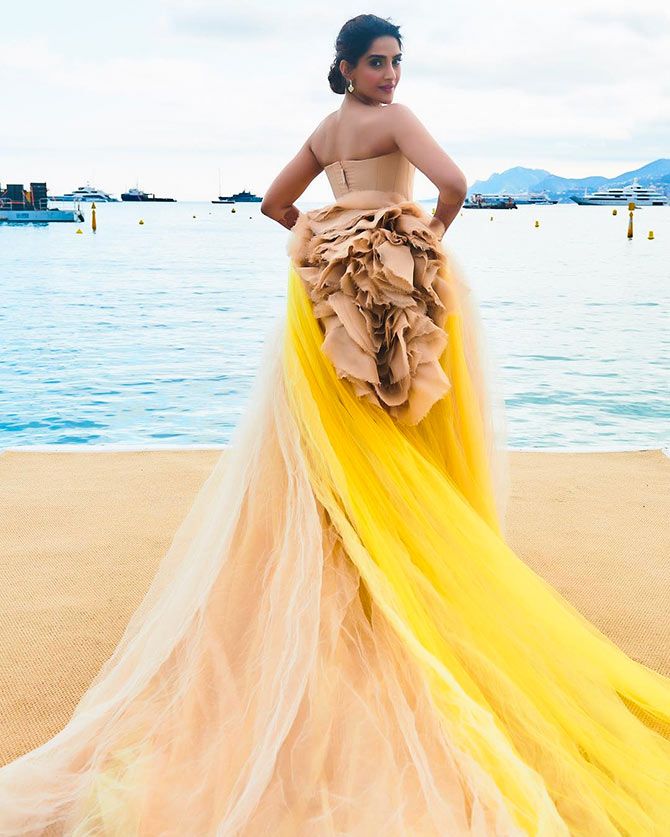 She then chose a pretty yellow and beige combination tube gown by Vera Wang. 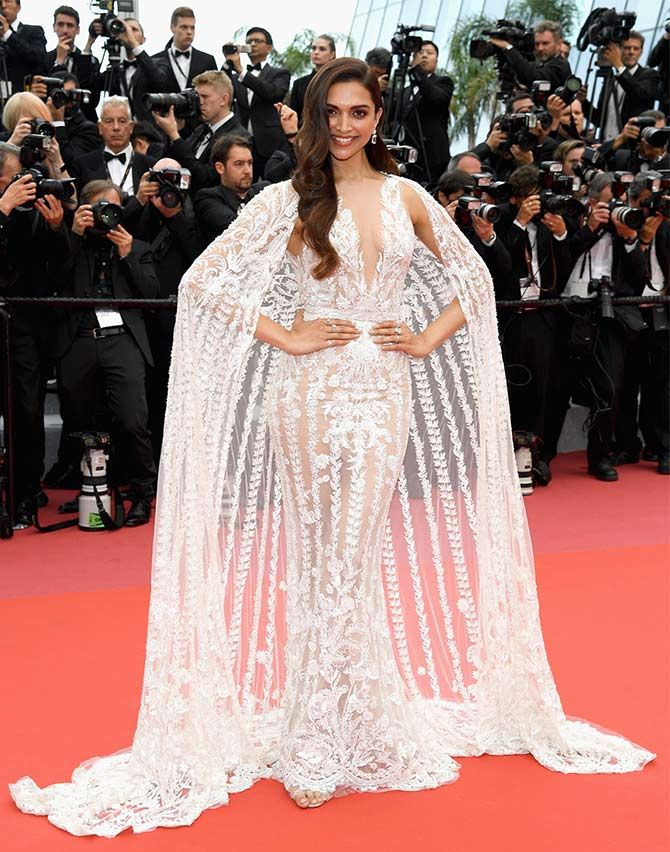 Wearing a gown from Zuhair Murad's Fall 2018 Bridal Collection, Deepika made it difficult to take our eyes off her in the figure hugging gown with a plunging neckline. The pink origami gown from Ashi Studio's Summer/Spring 2018 Collection was so sexy! Mahira made her debut on the red carpet and stole the show in an off shoulder black dress created by designer Alberta Ferretti. 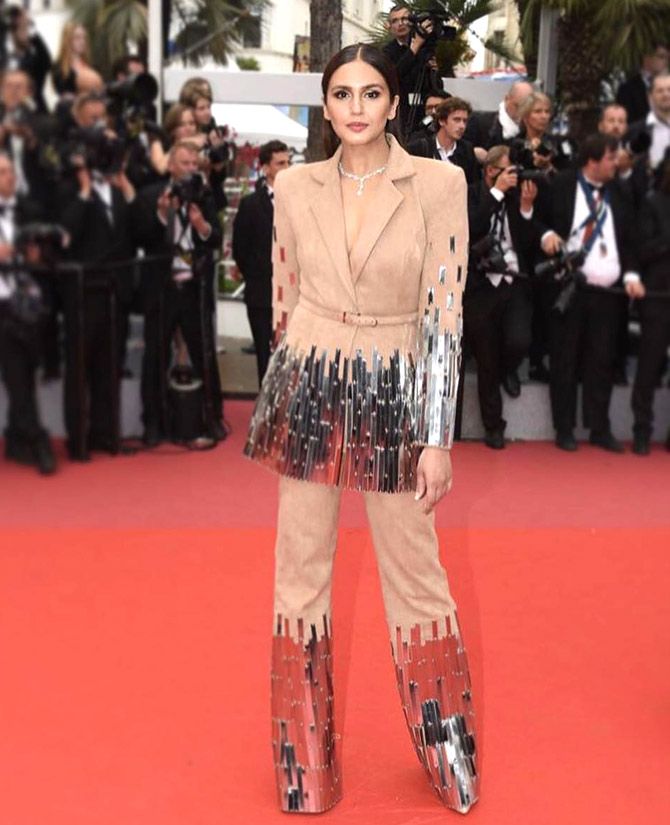 Huma decided to stand out from the rest and ditched the gown for a pant suit, designed by Nikhil Thampi. Mallika opted for a baby pink off shoulder gown by Yolancris for her first appearance. 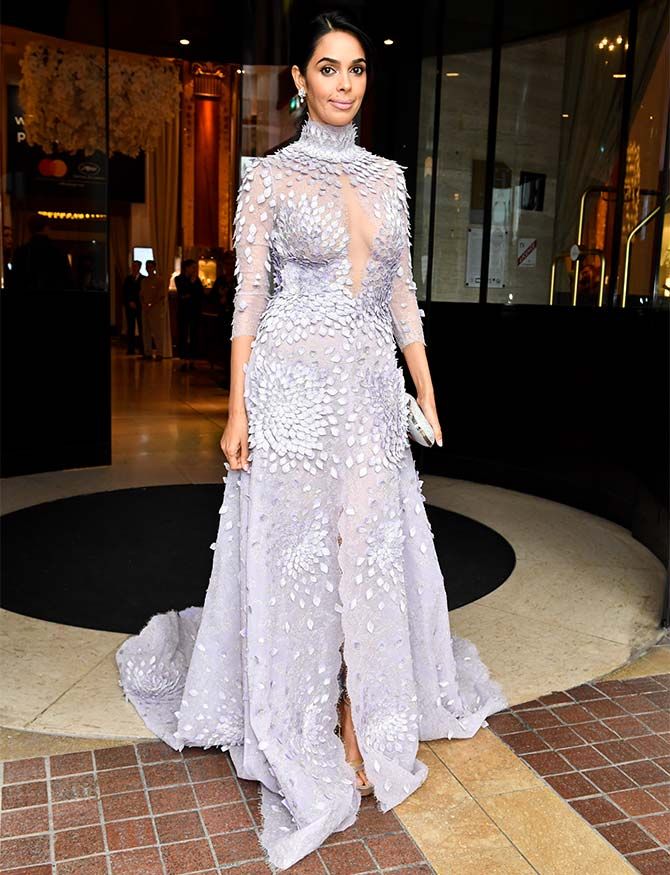 She then wore a lilac gown by Tony Ward 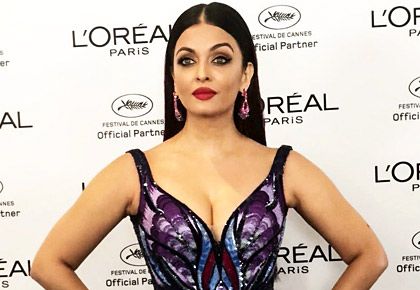 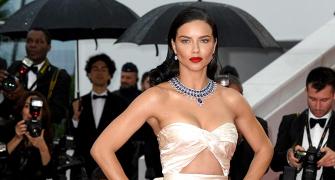 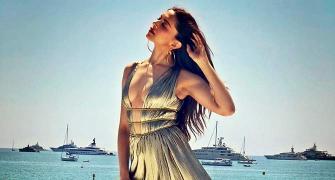 Cannes Diary: What Deepika, Kangana, Huma were up to 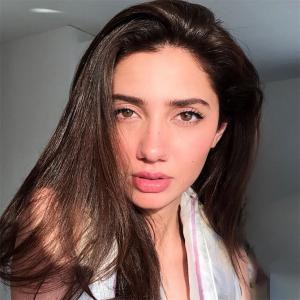 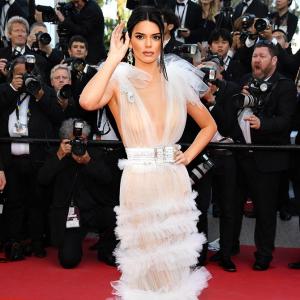