Hindi cinema witnessed unique facets of womanhood, her complexities and morality this year.

'I don't think you can really be an effective actor if you're not curious about people and events. And if you're interested in things, you want to go deeper and you want to know more.'

Quite a few of our performers this year dived deep into Meryl Streep's acting theory.

A murderous trophy wife, a housemaid with benefits, a spy masquerading as a significant other, a middle-aged woman in the family way, a witch struggling to coexist with man, a red-haired rebel learning a thing or two about life and love and so many more... Hindi cinema witnessed unique facets of womanhood, her complexities and morality.

There was much to choose from, but these 10 leading ladies took Sukanya Verma's breath away.

She celebrates their glory, in no particular order. 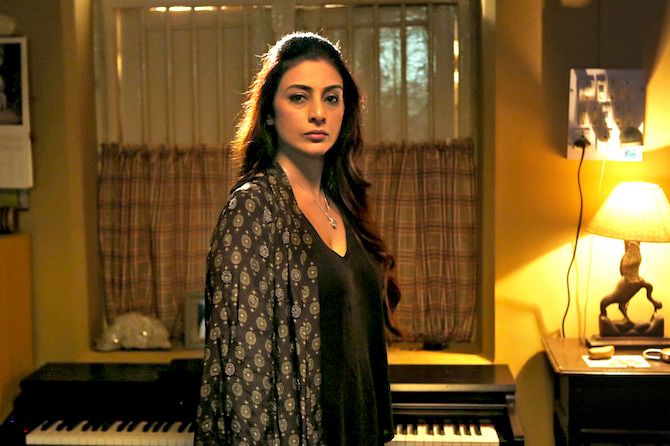 Tabu's unfettered realisation of Sriram Raghavan's murky vision and cold-blooded betrayal once again shows why she is every thinking film-maker's go-to actress.

Her wicked relish in toying and deceiving everyone around her plays a significant role in Andhadhun's delectable darkness. 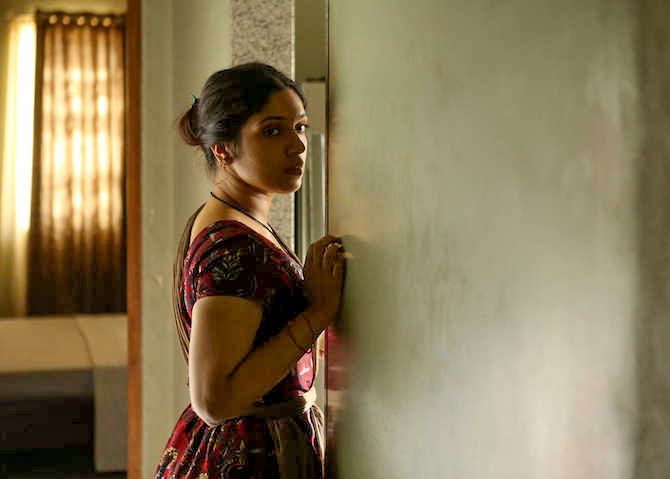 She barely utters a word, but her eyes carry an array of emotions and her body language is committed to authencity.

Whether it's the power she holds for a few secret moments in bed, the monotony of her job, the impossible hopes she's subconsciously given rise to and the stinging realisation of her place in the world, Pednekar is on the top of her game. 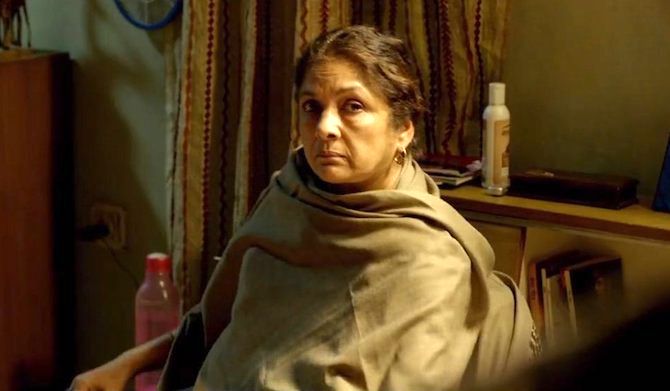 Neena Gupta's middle class, middle-aged woman has a surprising visit from the stork and it's certainly not as pleasant as the last two times.

Though aware of the embarrassment and ridicule that will follow, she is keen to have the baby and asserts herself in a dignified manner.

Gupta infuses life into her strengths and suffering with remarkable gentleness and genuineness that's always inspiring and never out of depth. 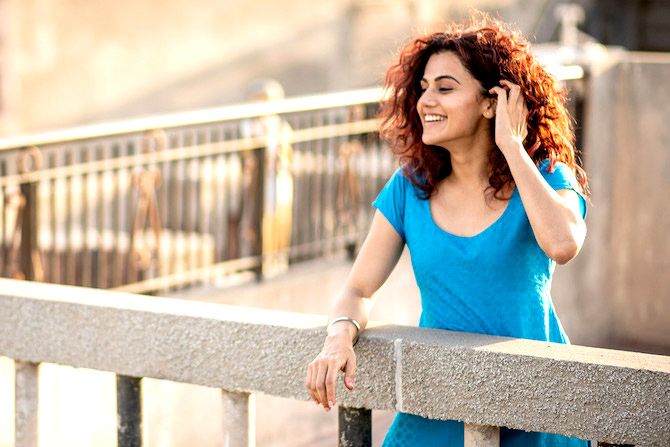 2018 was a bumper year for this fiery actress.

After impressive turns in Mulk and Soorma, Pannu takes us on a journey of young, foolish hearts as Manmarziyaan's passionate, tenacious heroine.

As Rumi, her extraordinary zing and emotional transparency makes it impossible not to care about her character even when we do not see eye to eye. 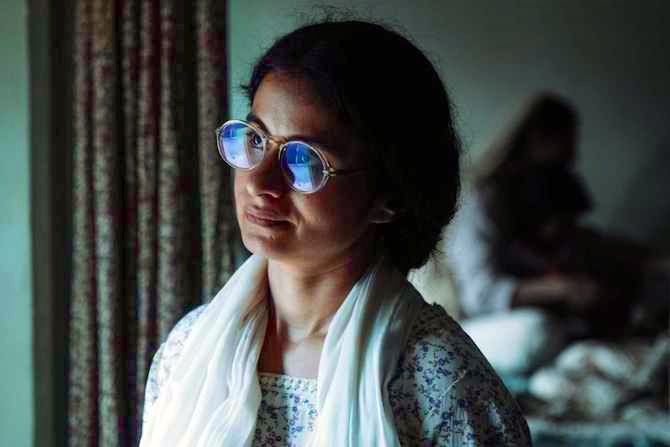 Being quietly effective is an art, one that Rasika Dugal handsomely demonstrates as the better half of a complex genius in Manto.

There's a measured quality to her portrayal whether she's showing a deep understanding of her husband's provocative work or dismay over the difficulties it lands them into. 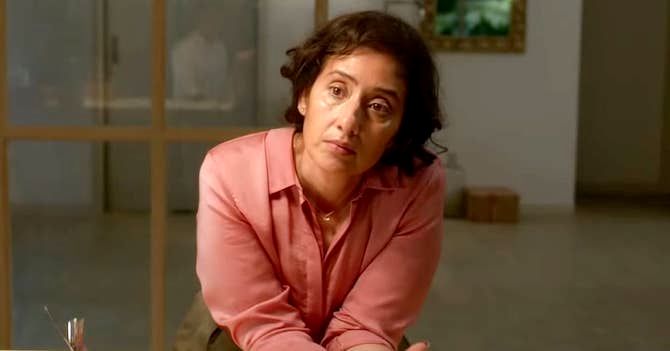 Fragile, free, intense and inscrutable, Manisha Koirala's intricacies and unravelling in Lust Stories are a joy to watch.

At the centre of its crumbling marriages and extramarital affairs storm is a woman fuelled by strong desires and unpredictable impulses.

What's even more commendable is how captivating Koirala makes herself in less than 20 minutes.

This is an individual consumed by years and years of rancour and ill humour.

And a crackerjack Malhotra sinks some serious teeth into it. 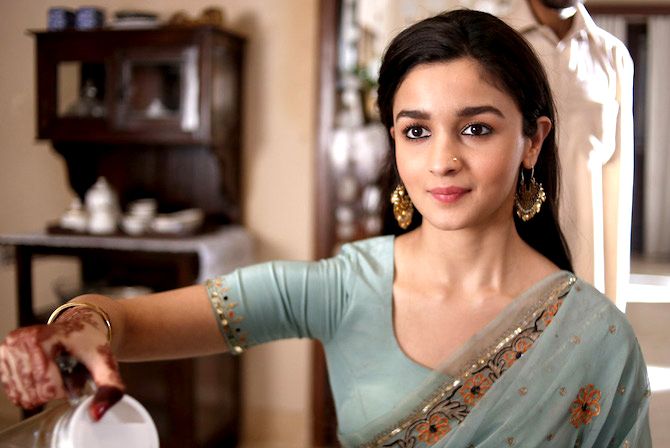 A young Kashmiri girl gets married into an influential Pakistani family for espionage purposes. What follows are edge-of-the-seat episodes of violent realisations and unethical compulsions.

The strain of doing her job and not getting caught slowly shows itself on Alia Bhatt's confused conscience and wobbly confidence.

The talented actress is simply riveting in her transformation from woman to weapon at the behest of patriotism. 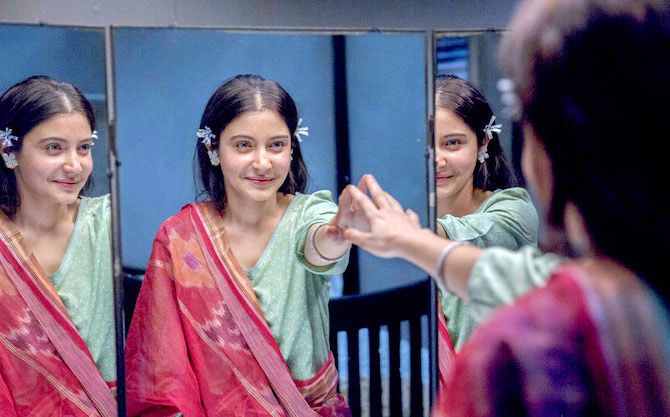 Pari's ominous ambiance and dark mythology is a cut above run-of-the-mill Bollywood horror.

What's unusual is it has heart too.

Anushka Sharma's creepy gaze, blood-smattered being and animal-like aggression betray the graciousness of a soul oblivious to the ways of the regular world or the extent of her supernatural strength.

The actress does not hold back.

Going from unhinged to pitiable to ghastly to mesmeric, here's an actress who's game for everything. 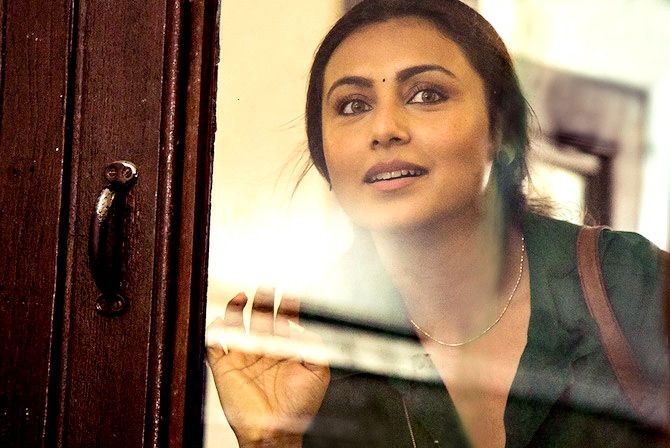 In this out-and-out Rani Mukerji vehicle, the powerhouse plays a teacher struggling to be taken seriously because of her Tourette's syndrome.

It's a physically demanding performance -- try jabbing your jaw as furiously as Rani does a couple of times -- but the actress ensures it's more than what meets the eye through her passionate stance and sturdy charisma even when the film dodders. 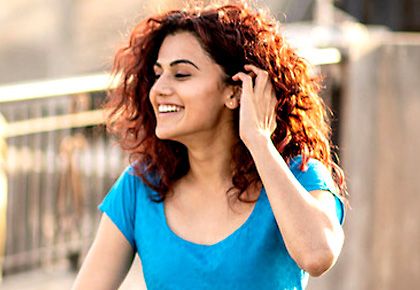 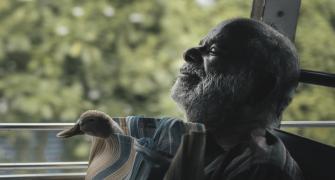 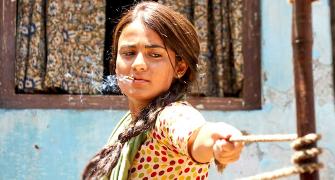 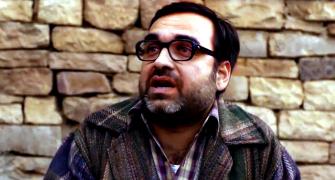 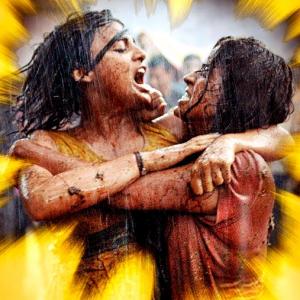 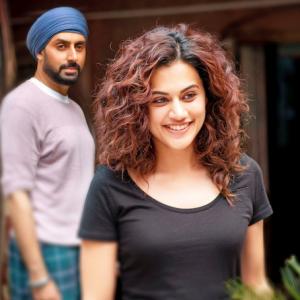