As splendid it is to behold, A Suitable Boy cannot match in soul and falls short of being memorable, feels Sukanya Verma. 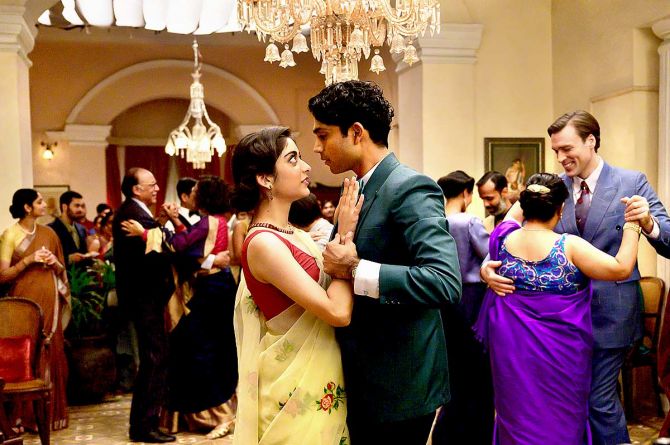 It’s not the first time Mira Nair has adapted a novel or recreated a period.

Her astute eye for recognising the whimsy and farce of a bygone era, contemporising and colouring it in the most charismatic shades of culture is evident in her treatment of William Makepeace Thackeray’s Vanity Fair.

Equally formidable is her grip on sprawling casts and lending characters of all shapes and sizes a place of significance, which is among Monsoon Wedding’s many, many attributes.

A combination of these qualities comes in handy as the film-maker brings Vikram Seth’s literary tome to life in a six-part mini-series that first aired on BBC and is now streaming on Netflix.

Even if you haven’t read the book like yours truly, watching A Suitable Boy gives a fair indication of Seth’s expansive world as well as the cursory, compressed approach of the series towards the numerous threads it touches upon.

What ensues is engrossing and glamorous if also uneven and not always satisfying.

There’s much going on in and around the lives of the English-speaking Mehras, Kapoors, Chatterjees and Khans in this coming-of-age bookended by weddings, distinguished by post-partition politics and seasoned in soap operatic-narratives.

At core though, the struggles of its myriad characters over matters of religion, class, socialism, secularism and feminism is a pursuit of identity.

Through the chaos of their diverse struggle, A Suitable Boy creates an allegory for India's own experiences of trial and error.

Set in the early 1950s, India is still finding its bearings around newly acquired independence.

Its British masters may have departed but their imprints abound whereas the triggers for communal tension grow in volume and violence.

A malevolent Raja (Manoj Pahwa) instructs to build a temple right next to a mosque stirring up a hornet's nest.

The tussle between zamindars and farmers becoming a hotbed for election campaigns and reform bills.

Add to this a Nawab (Aamir Bashir) with a secret, an ambiguous revolt of an Urdu teacher (Vijay Varma), an estranged father-son (Varma-Vijay Raaz), an opportunistic grassroots politician (Ranvir Shorey), a bawdy extra-marital affair (Shahana Goswami-Randeep Hooda), a drunkard's miraculous acceptance in the IAS (Vivaan Shah), a Alzheimer ridden mother (Sheeba Chaddha), a hint of homosexuality, a flash of childhood abuse and a smattering of incest -- A Suitable Boy revels in its trifling of an ambience wildly oscillating between scenes of hunting and Holi across Lucknow, Kolkata, Banaras and, predominantly, the fictional city of Brahmpur.

At the heart of this huddle is Lata (Tanya Maniktala) and her family, straight out of a Jane Austen novel, the kind screenwriter Andrew Davies (Pride and Prejudice, Vanity Fair) specialises in, embodying the ultimate ambition of the story's title.

Her suitors -- the beautiful Muslim boy (Danesh Razvi) in her college, the flippant poet and her sister-in-law's younger brother (Mikhail Sen), and a meticulous shoemaker (Namit Das) working for a Czech company provide the plot with most of its ardour and prejudices what with Lata's overeager mother (Mahira Kakkar) putting a spoke in the wheel every now and then.

Meanwhile, Rasika Dugal pitches in as Lata's gentle big sister whose compassion and contentment is a blend of Meg March and Charlotte Collins.

Although Mira Nair's elegant aesthetics and affable chatter, characters conversing in English -- it takes a few minutes of getting used to but ceases to bother after some time or you can always watch the Hindi dub -- are big on gloss and good humour, A Suitable Boy doesn't make a charming first impression.

As much I enjoyed the sight of intricate Banarasi silks and Jamdani weaves, the pretty styling and fashionable interiors, the first episode's leisurely pace has a direct impact on the subsequent episodes and their neglected, abruptly dropped, unfinished, subplots.

One never gets a lived-in sense of the clans in focus nor the depth of the attractions that compel them to rebel or resist.

I wasn't convinced by Lata's grounds for rejecting the ones she did nor by the impulses behind her final choice.

I was disappointed by its lack of urgency and diluted portrayal of post Partition riots and trauma.

I didn't buy Maan's meteoric rise as a champion for the poor one bit.

What fascinated me right away though is Nair's depiction of the 1950s.

It is a rather open society of freely mingling young boys and girls (as is its politics of secularism in threat) but I thought it made the story seem more 'is' than 'was'.

A fine ensemble of actors keeps the momentum going even when A Suitable Boy is at its most monotonous. They are the real attractions and the biggest reason to binge on this adaptation.

Ishaan Khatter is scorching in his intensity and fervour for Tabu.

His arc is entirely relying on his blazing delivery, as a portrait of privilege, passion and remorse, to give the series its most furious energy and punch. Khatter is a treat to watch as he holds his own in front of a lioness like Tabu.

Whether she is reciting Dagh Dehlvi's ghazals (in Kavita Seth's exquisite voice), consummating her young romance or shuddering in a horrid Raja's company or being wonderfully sly like only she can, Tabu is more comfortable in her skin in ways A Suitable Boy can never imagine.

Fresh faced Tanya Maniktala has a softness about her that makes it compelling to watch through her journey of indecisions and candour. She is not a free spirit in the complete sense, but her willingness to drop her guard and pay heed to her instincts, no matter how unpopular they may seem, make her both human and likeable.

While an excellent Namit Das, dapper Danesh, tantalising Shahana, restrained Ram Kapoor, sublime Rasika Duggal and jittery Mahira Kakkar contribute significantly to the proceedings, it's a shame to watch the likes of Vijay Raaz, Vijay Varma, Randeep Hooda and Sheeba Chaddha squandered away in bit roles of of consequence.

As splendid it is to behold, A Suitable Boy cannot match in soul and falls short of being memorable. 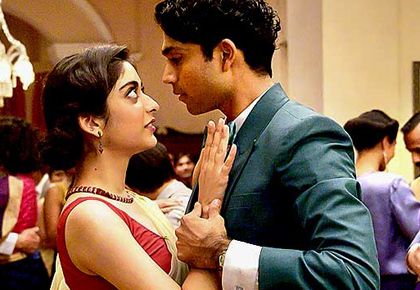 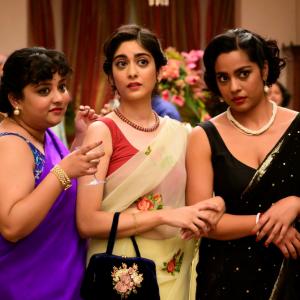