'Acting, by definition, is a portrayal of a character other than oneself.'
'If every role is to be played only by someone answering to that precise description, most professional actors -- of all ethnicities and genders -- would be out of a job,' observes Indira Kannan. 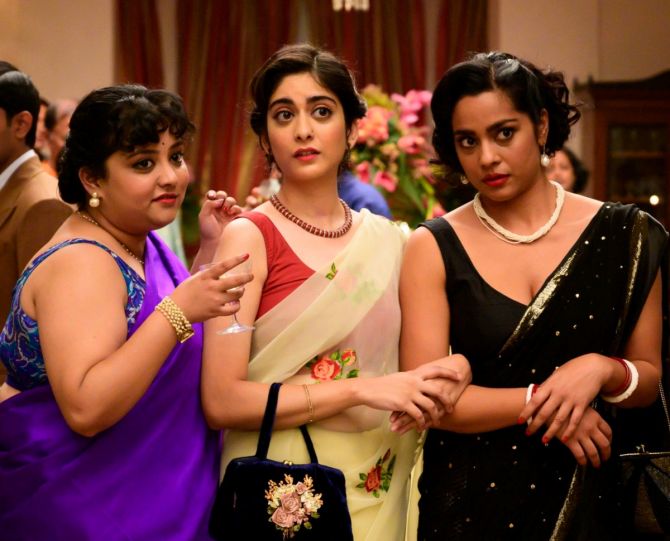 For closing its abridged event this year, the Toronto International Film Festival or TIFF chose A Suitable Boy, Mira Nair's six-part adaptation for the BBC of Vikram Seth's saga set in a newly independent India.

The film-maker has left her stamp on the sparkling series as over a hundred characters laugh, love, fight, riot, tango, scheme and weep on screen, in locations and costumes as authentic as Mrs Mehra's determination to find a suitable boy for her daughter Lata.

The series has been hailed as a landmark for the BBC in commissioning a wholly Indian story, and more importantly, for its all Indian cast.

The BBC's commissioning editor Mona Qureshi was quoted saying, 'With a novel like this, where there aren't characters who are white, it makes sense to have an all South Asian cast. It's been a long time coming.'

And yet, it managed to spark complaints on cultural grounds. Critics carped about the choice of Andrew Davies, who has adapted literary classics like Pride and Prejudice, and War and Peace, into hit series for the channel, to pen the screenplay for this Indian story. IMAGE: Dev Patel in The Personal History of David Copperfield.

It's interesting to juxtapose the debate surrounding the cast of A Suitable Boy with that of another film which premiered at TIFF last year, and was released commercially just a few weeks ago -- The Personal History of David Copperfield, directed by Armando Iannucci.

Even as the BBC series was commended for its authentic casting, the modern adaptation of Charles Dickens's classic was praised for its colour-blind casting, led by Dev Patel in the title role.

I watched both offerings at TIFF and enjoyed them both, untroubled by any musings on the authenticity or otherwise of the cast.

Iannucci's film reminded me of a screening I had watched years ago in New Delhi's Siri Fort Auditorium.

It was an adaptation of the Mahabharata by British film-maker Peter Brook, first staged as a play in France.

It seemed most natural to watch African, European and Asian actors play the quintessentially Indian characters I had grown up with. But that's what a good story and cast can do, guided by gifted directors like Brook, Nair or Iannucci.

As Vikram Seth was quoted by the BBC, commenting on A Suitable Boy, 'I don't think one should consciously try to be all-inclusive or universal. If a story is authentic and authentically depicted, it will reach its audience.' 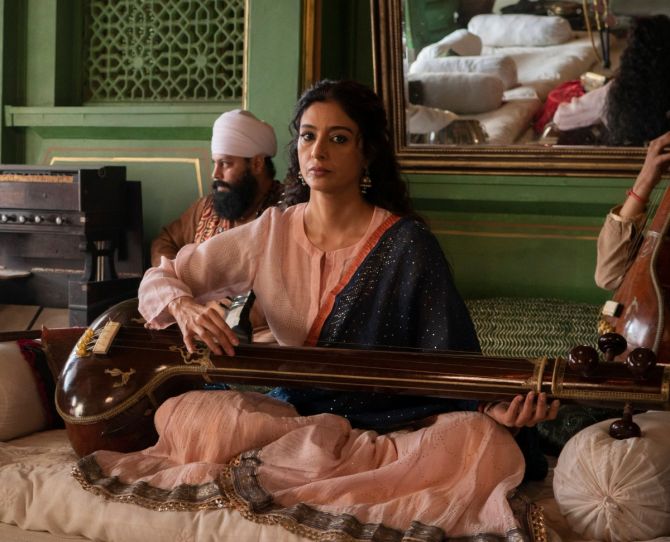 IMAGE: Tabu in A Suitable Boy.

But these are times when culture has become a battleground, cancel culture is a weapon, and the chain of command is a complex web depending on one's race, ethnicity, class and gender.

It's at least understandable for traditionally under-represented communities to want to preserve opportunities when there are few roles written for them, as well as aspire to those not specifically written for them. I can get behind colour-blind casting. What I find absurd is the very concept of cultural appropriation.

Recently, British singer Adele was trolled for posing in a Jamaican flag bikini top with her blond hair fashioned into Bantu knots while sending wishes for the annual Caribbean carnival in London.

The outrage was instant: How dare a white woman appropriate black cultural emblems? It was left to black celebrities like model Naomi Campbell, actress Zoe Saldana and others to defend Adele and her long association with Jamaican culture. Indians, on the other hand, have mostly appreciated others paying tribute to their culture. Recently the ministry of external affairs approvingly tweeted an image of French President Emmanuel Macron and German Chancellor Angela Merkel greeting each other with a namaste.

No election in the UK or Canada would be complete without political leaders and their spouses being welcomed in temples and gurdwaras, dressed in Indian attire.

Canadian Prime Minister Justin Trudeau was not criticised for wearing ethnic outfits on his disastrous tour of India in February 2018, he was only ridiculed for his gaudy taste.

He was, however, deservedly criticised last year when several photos emerged of him sporting blackface, a clear and inexcusable act of insensitive, racist mockery.

But how does cultural admiration cross over into appropriation, especially in a globalised world that enables a free flow of ideas and creativity?

Two years ago, Hollywood star Scarlett Johansson had to withdraw from her role as a transgender man in a newly announced film due to a backlash, mainly from transgender actors.

Acting, by definition, is a portrayal of a character other than oneself. If every role is to be played only by someone answering to that precise description, most professional actors -- of all ethnicities and genders -- would be out of a job.

In a world fanatic about authenticity and cultural appropriation, the global stage will become a theatre of the absurd. 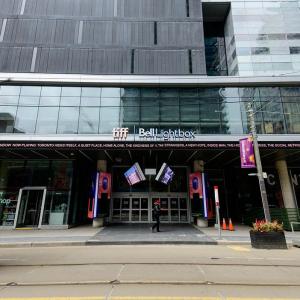 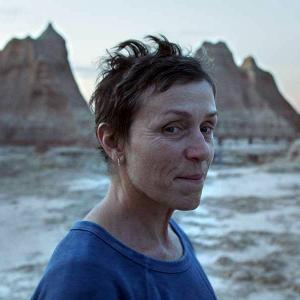